Lexar JumpDrive F35 USB protects your data with your finger

Almost all smartphones these days, even some budget-friendly ones, have a fingerprint scanner, though some are even moving beyond it now. Laptops are just getting started on that trend but those could only protect what’s stored in the computer. Your data in external hard drives and USB flash drives? Ripe for the picking (unless they’ve been heavily encrypted). Enter Lexar’s newest USB flash drive designed to protect your files in the same way that smartphones do: with your fingerprint.

Fingerprint sensors aren’t exactly the exclusive domain of smartphones. Heck, smartphones aren’t even first in that field. But their ubiquity in mobile devices have forced component makers to create cheaper and more portable sensors without compromising on security and accuracy (that much). If they’re small enough for a phone, they’re probably small enough for a thumbdrive too.

The JumpDrive F35 does exactly that. It can use your fingerprint to grant access only to authorized users, in case the drive gets lost or, worse, stolen. It can support up to 10 fingerprints, twice the number that most smartphones support. And if that weren’t enough, you can encrypt the data with 256-bit AES for good measure.

You might think that such a super secure flash drive would be super complicated to use. Lexar says “no” and it’s as simple as plugging in the drive and giving it a second to recognize your fingerprint. No special software needed, at least on the computer you’ll be using it on. Naturally, you’ll need Lexar’s program to set up fingerprints first. 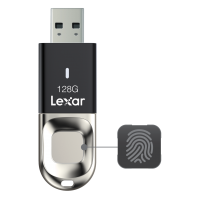 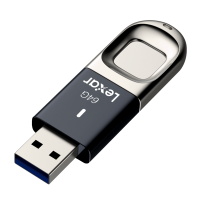 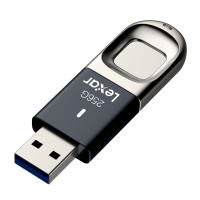 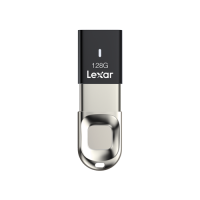 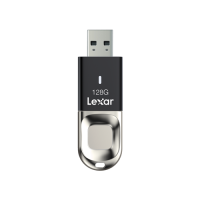