Leviton has a new WiFi smart switch in its Decora range, and the cleverness doesn’t stop at being able to remotely control it via an app or smart speaker. Dubbed the Decora Smart Wi-Fi Tamper-Resistant Outlet, as the name suggests it also has a safety system which blocks the outlets from foreign objects.

Leviton has installed little shutters into both of the outlets, which only move out of the way when you insert a regular plug. Otherwise, they stop rogue fingers from jabbing in forks, toys, or other objects that could lead to an electric shock.

It could well make the new Decora smart switches ideal for kids rooms, in fact, where they could be used to control a nightlight or lamp. Only one of the two outlets can be controlled remotely, with the upper socket working with the My Leviton app while the lower one is just a regular outlet. There’s also a button on the front panel which can turn the smart outlet on and off manually. 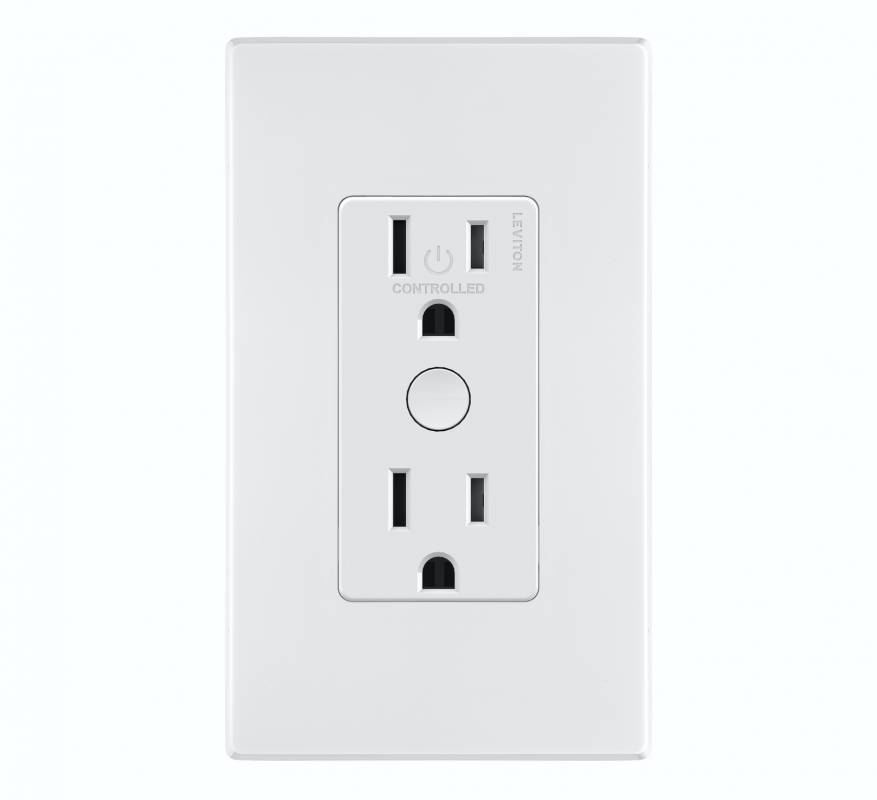 Using the app, there are a variety of possible configurations. You can control the outlet yourself, of course, or connect it with a Google Assistant or Amazon Alexa powered device. That gives voice control over whatever is plugged in.

However there’s also scheduling support, including having the outlet turn on or off at sunrise or sunset. Auto-shutoff means whatever is plugged in can be turned off after a preset length of time, which could be useful for fans or heaters. Finally, scenes with other Decora Smart WiFi devices can be established, so that a single command triggers a number of items at once.

An LED on the front panel is also user-configurable. It can simply stay lit up so that locating the outlet in the dark is easier – handy if it’s behind a piece of furniture or under a desk – or it can be turned off altogether if the outlet is to be used in a bedroom. Alternatively, it can be used to show the current load status of whatever is plugged into the outlet.

There’s no hub, the outlet connecting directly to a router, and Leviton says that, even if the internet connection goes down, schedules will continue to operate. It’s shipping now in white to match the company’s non-connected outlets – though Leviton will offer Light Almond, Ivory, Black, Brown, and Gray color change kits too – and is priced at $49.99.