The social network Facebook is testing a feature which would assist users in the present to see less of their significant others from the past. The feature is called “Take a Break”, and, like taking a break in real life, it lists a number of “changes” you can make to the features on your Facebook account. One example of this is seeing less of the person who you’ve ended a relationship with. As Facebook Product Manager and someone we must assume is a Friends fan Kelly Winters suggests, “When people change their relationship status to indicate they are no longer in a relationship, they will be prompted to try these tools.”

Just think! If these tools were given to the two most important and popular Friends, Ross and Rachel, they’d have never had to have seen each other ever again, and they’d never have gotten into all those arguments.

By the way, please don’t tell me what happens at the end of Friends, I’m only part way through the series.

You’d be such a Chandler if you did! 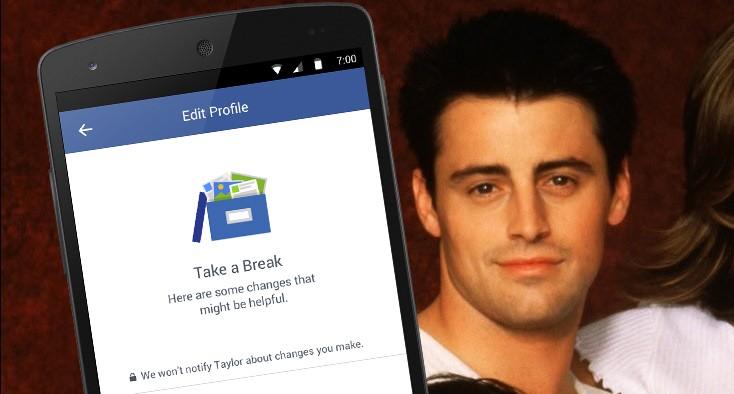 ABOVE: Joey wants you to “Take a Break” from Taylor, your androgynously-named ex.

If you enter the “Take a Break” toolbox, you’ll be given the option of seeing less of a person’s name. You’ll see less of their profile picture, too. You’ll never see their posts show up in your News Feed, and you’ll never see them appear as a suggestion when you’re writing messages or tagging people in photos.

It’ll be just like they never existed. How handy! 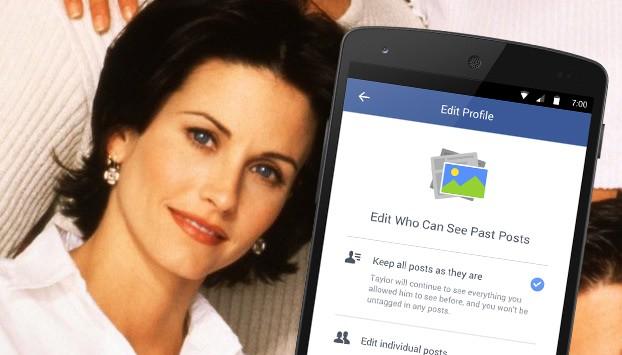 ABOVE: Monica admonishes you – edit who can see your past posts. Taylor shouldn’t be seeing your ice cream photos anymore.

You can do ALL of this without de-friending this person whom you may have, at one time, loved. You don’t have to un-friend them at all!F You can stay friends with them on Facebook, yet at the same time, never see them or hear from them again! 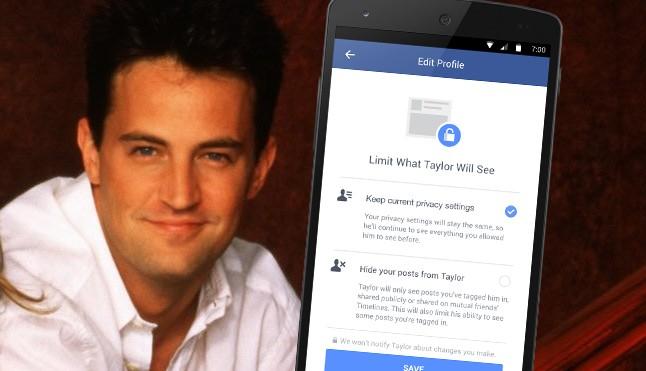 ABOVE: Chandler wants you to hide your posts from Taylor too. You’re better than Taylor now. You deserve more.

You’re the nice one, after all! 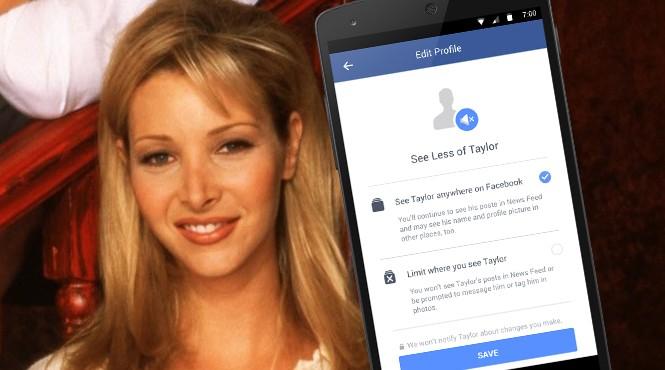 ABOVE: Phoebe wants you to see less of Taylor. He or she isn’t someone you’re going to want to see eating ice cream of Facebook anymore. You’re better than that. You deserve more.

You can also edit who is able to see past photos and videos and posts that exist between you and an ex – untagging yourself as you do so.

You’ll be able to see this whole lot of tools starting this week on mobile devices. According to Facebook, you’ll see the apps updated starting today, then the tools will eventually make themselves available on desktop machines through your web browser.

You’ll be ON A BREAK!