Lenovo is one of the remaining big names in the Android market that’s still making tablets. Just like Samsung, its tablets cover a wide range of sizes and tiers, including some rather odd or unconventional designs. The new Lenovo YOGA Pad Pro definitely falls in the latter category, and that’s not just because it has a large screen or can be hung up on walls. It earns that distinction by being a tablet that can also serve as your Nintendo Switch’s screen.

The largest tablets, both on Android and iOS, average at around 12 to 12.9 inches. That’s almost the average size of notebook screens and is already cutting it close to becoming not so portable because of it. Larger screens do leave plenty of room for content but it sometimes also feels like wasted space.

Fortunately, Lenovo thought of a way to put that 13-inch 2K screen to good use. While it does have a USB-C port that can be used for charging, data, and video output, it also has a micro HDMI port on the opposite side for video input. In other words, the device, which functions as a standalone Android tablet, can also be used as a second display for a laptop or a first display for a Nintendo Switch. Presuming you have a way to power its TV dock, of course. 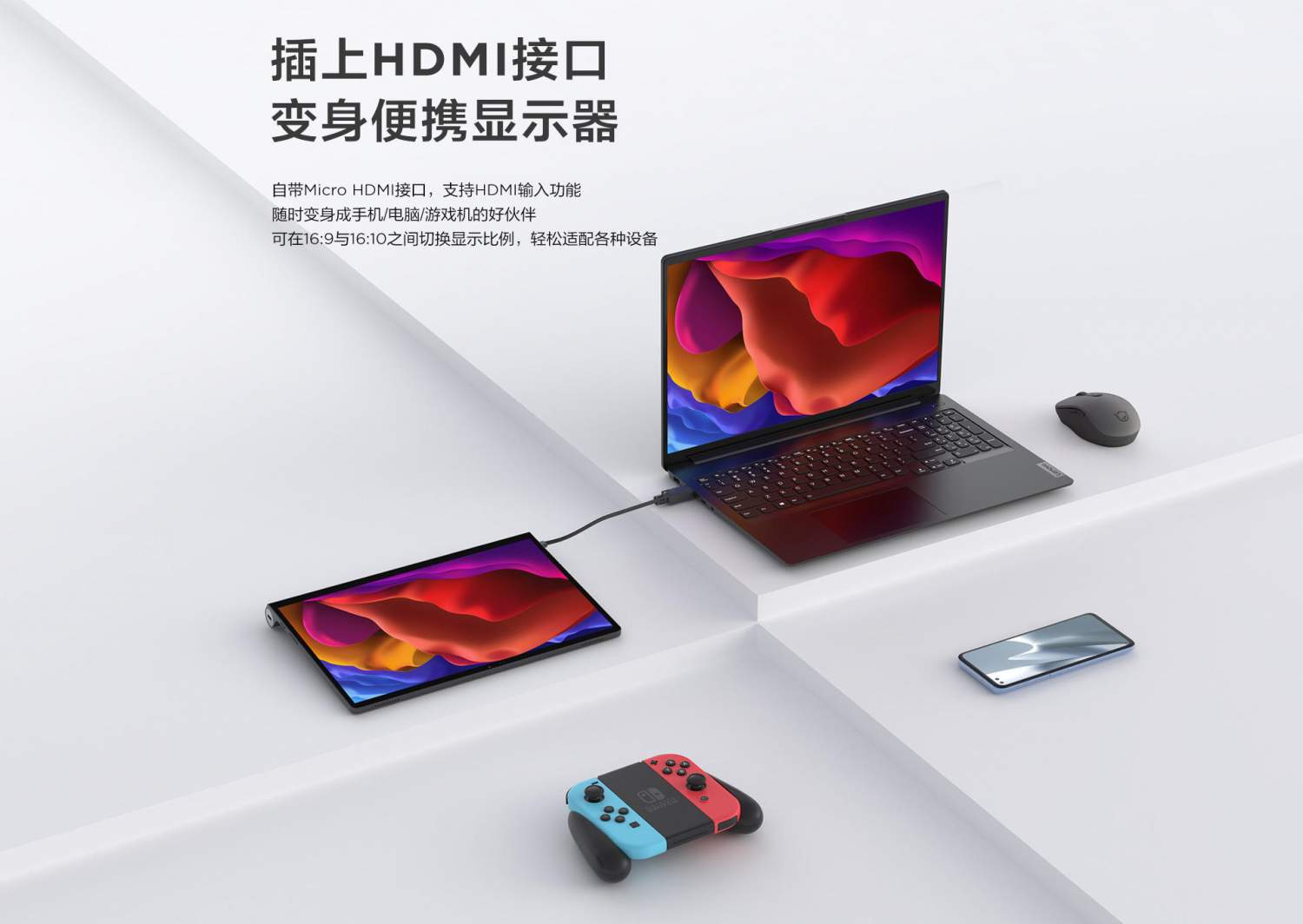 As an Android tablet, the Lenovo YOGA Pad Pro is actually pretty impressive, with a Snapdragon 870 processor, 8GB of RAM, and 256GB of UFS 3.1 storage for starters. It is definitely designed for entertainment with its large 2K screen that supports HDR10 and Dolby Vision as well as its Quad JBL speakers. Its unique design blends older Yoga tablets and their tubular edge and a rotating handle that functions both as a stand and as a hook for hanging the tablet on walls.

The Lenovo YOGA Pad Pro carries a 3,299 RMB price tag, roughly $515, but it isn’t yet certain if and when it will be available outside of China. The tablet also supports Lenovo’s Active Pen stylus, probably sold separately, that turns it into a large drawing canvas as well. Whether that works while using the tablet as a monitor like a Wacom Cintiq isn’t yet clear.