Joining its newly launched laptops are a series of new accessories from Lenovo, including a pair of speakers and a new USB-C hub. The latter of the three, the powered USB-C Travel Hub, will be available starting this month, though the speaker models won’t be launching until later this spring. Each model offers features targeting professionals, including portability and support for Lenovo’s PCs. 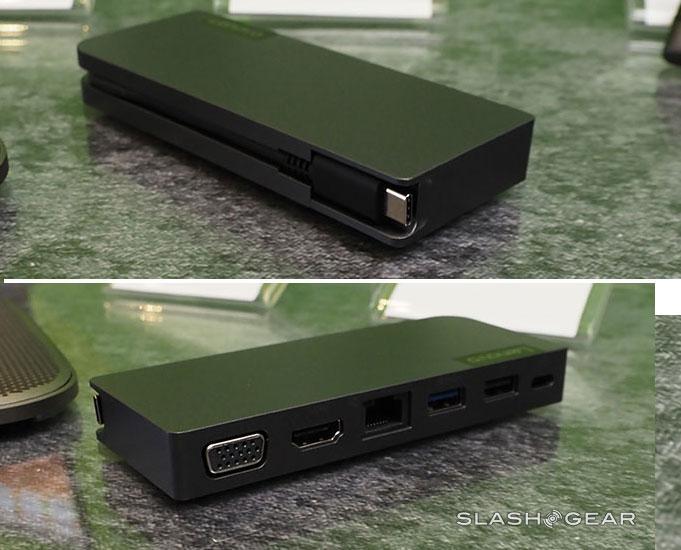 The Lenovo Powered USB-C Travel Hub is exactly what it sounds like: a plug-and-play hub that connects to the laptop or desktop using a single USB-C cable. With that single connection, users get a total of six new connections: HDMI, VGA, Ethernet, two USB-A ports, and a USB-C port.

The hub is small and slim, making it the ideal size for travelers with limited space in their bag. The design includes a wrap-around cable slot, which enables clean cable management, and the total weight is only a quarter-pound. As well, Lenovo says its new travel hub has enterprise-grade features that include WOL, MAC address pass-through, and PXE boot.

The Lenovo Powered USB-C Travel will be available in January for $79.99 USD.

The Lenovo 700 Ultraportable Bluetooth Speaker is a portable, wireless speaker that resembles many other Bluetooth speakers on the market, but with a grey color scheme that fits in well in a business environment. The new model contains quad-speakers offering 360-degree playback, plus there are touch controls with VoIP and controlling playback, native support for Alexa and Google Assistant, and an IPX2 splash-proof water resistance. 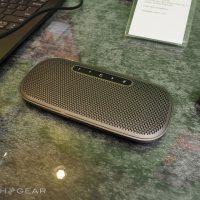 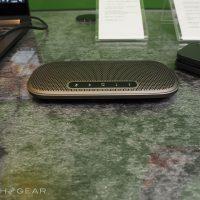 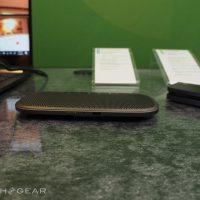 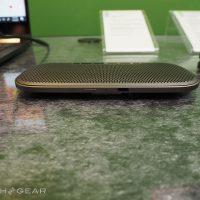 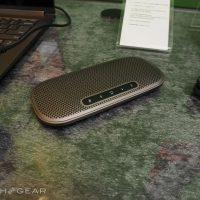 Users get up to 8 hours of playback on a charge thanks to the internal 2430mAh battery, plus there’s fast charging that replenishes the battery in less than two hours. The speaker measures 6.5- x 2.95- x 0.43-inches with a weight of only 5.1 ounces. The device supports NFC pairing, Bluetooth 5.0, and has a 220Hz to 20kHz frequency range. The Lenovo 700 Ultraportable Bluetooth Speaker will be available in April for $149.99 USD. 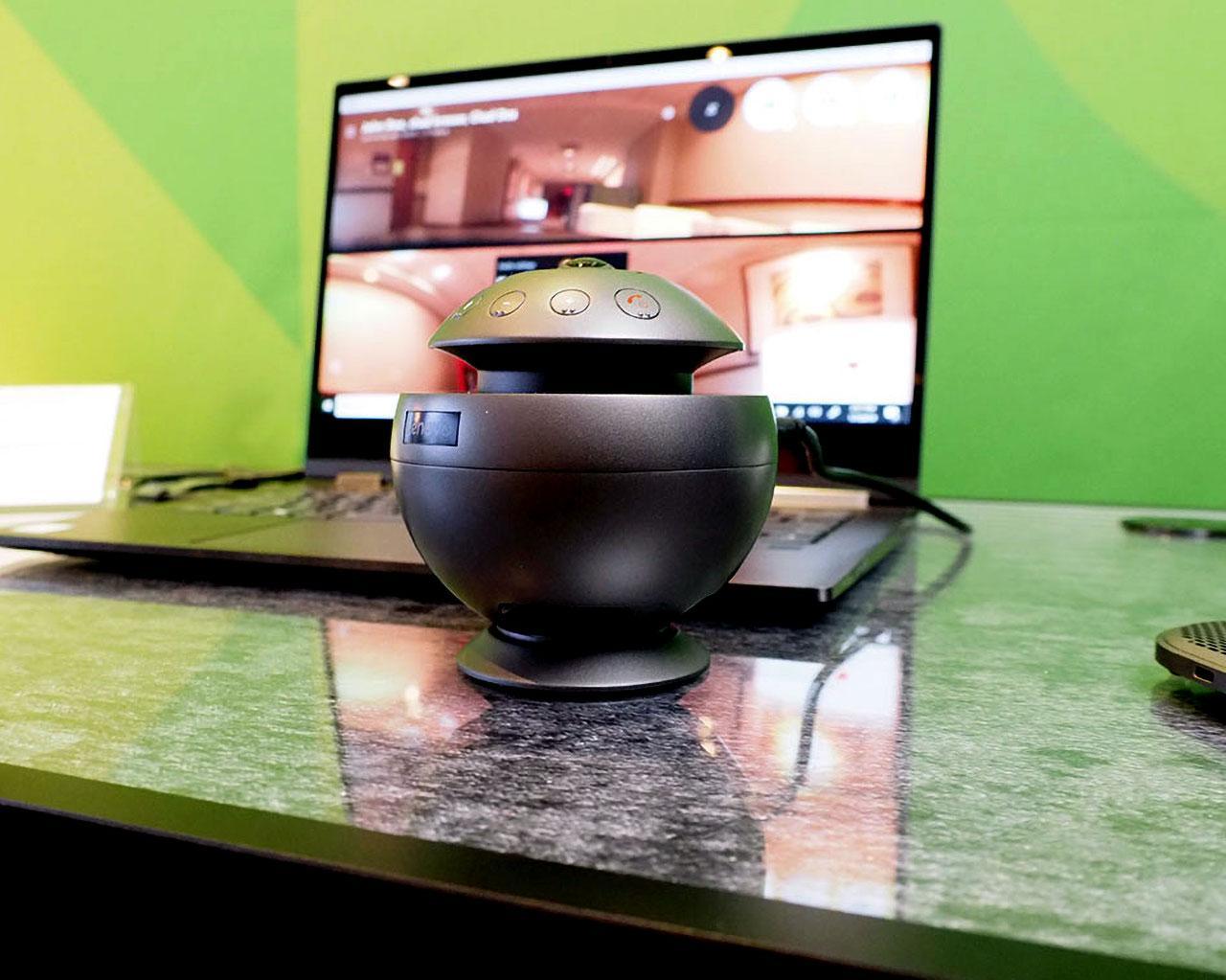 The most notable of Lenovo’s new accessories for professionals is the VoIP 360 Camera Speaker, a 360-degree camera with 360-degree audio. The model is intended for use in a conference, enabling everyone in the room to get in the video and be heard in the audio. 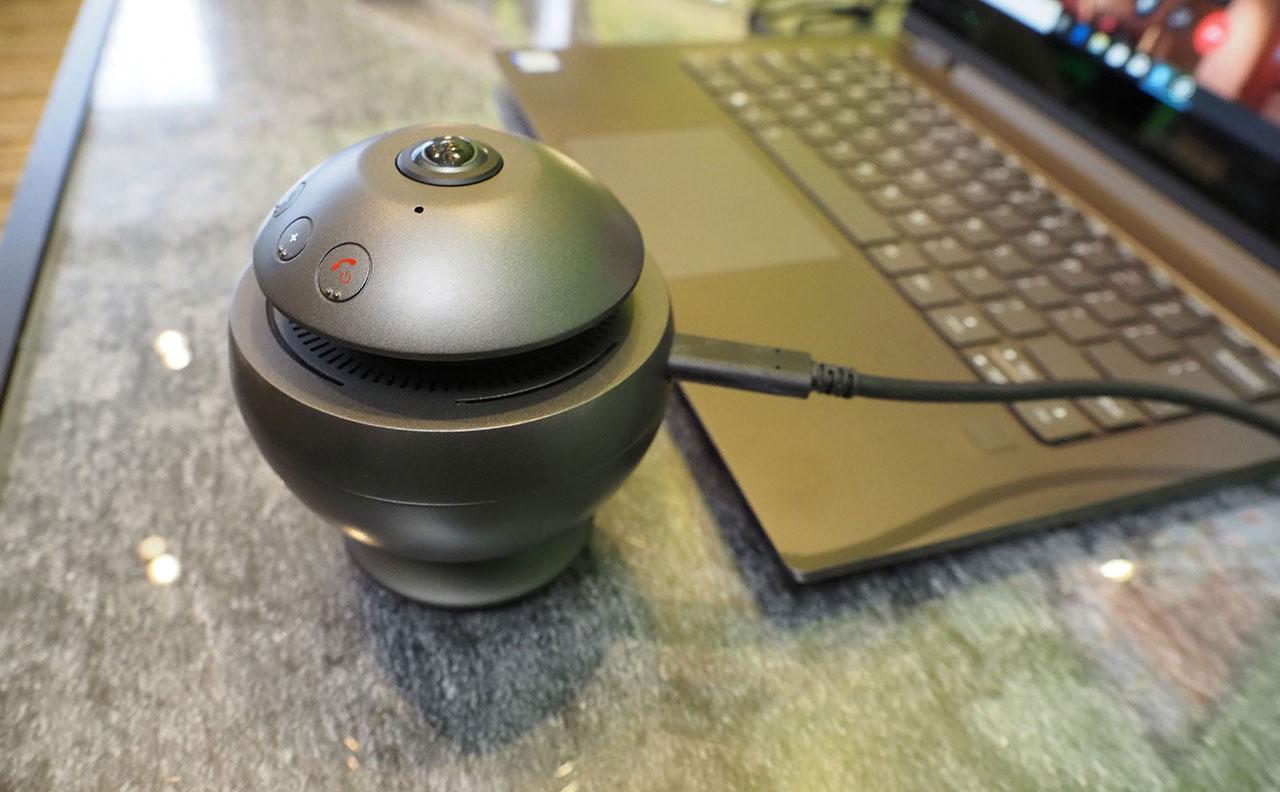 The plug-and-play device connects with USB-C and features LED indicators for call status, plus there are tactile buttons for call controls. The camera speaker’s integrated microphones features noise-cancellation and noise suppression technologies, plus users can choose from one of four display options: standard, quadrant, split, and panoramic. 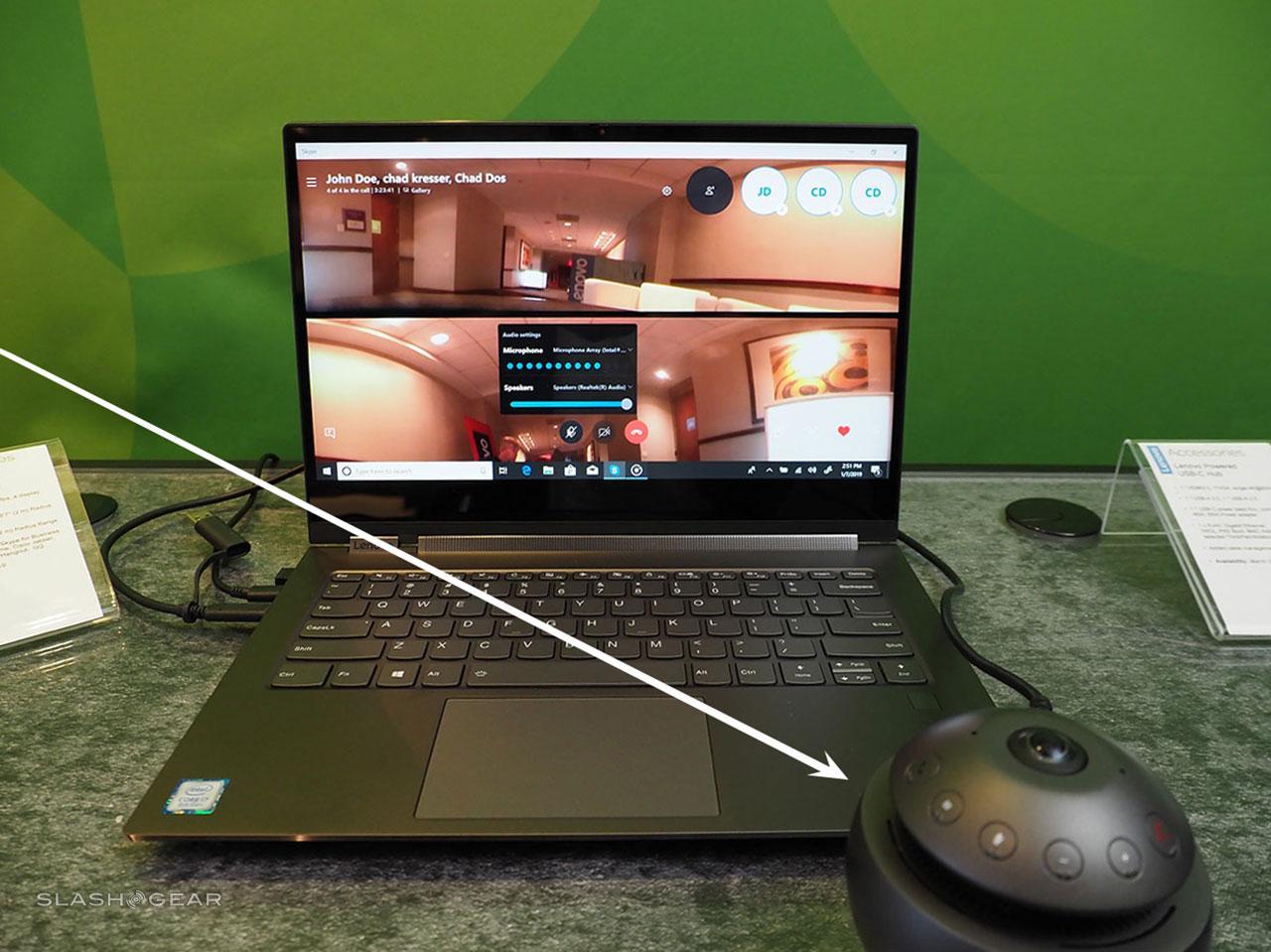 The camera’s video has a Full HD resolution at 30fps. Other features include physical controls for volume, muting, and answering/ending calls, a .41lbs weight, and support for popular platforms, including Amazon Chime, Skype for Business, Cisco Jabber and Webex, QQ, and Google Hangout. The Lenovo VoIP 360 Camera Speaker will be available in March for $249.99 USD.