Among the various smartphones, laptops, and all-in-one PCs the company has planned to revealed at CES this week, Lenovo has introduced two new displays: the ThinkVision 28 and the ThinkVision Pro2840m. The most notable aspect of the displays is the standalone Android functionality — though it isn’t something that can replace a home PC, the ThinkVision 28 can be toggled between a smart display and an Android-centric hub of sorts.

The ThinkVision 28 smart display is powered by NVIDIA’s Tegra, and can work with Android 4.3 as what Lenovo calls a “premium entertainment system”. You’ll need an Android device to start with — it doesn’t so much run as standalone unit as it does a larger display that supplements your Android gadgets — but it is interesting nonetheless. Beyond the Android aspect, the monitors also have some other notable functionality.

The ThinkVision 28 has a 28-inch display with a resolution of 3840 x 2160 pixels with 300 nit brightness and 10-point multi-touch. There are three HDMI video ports, as well as “multiple” USB ports, some audio ports, a DisplayPort, Ethernet, and a microSD slot. There’s 2GB of memory and 32GB of internal storage space for those who choose to use it as an Android hub, which is enabled with a single button.

There’s both NFC and Bluetooth 4.0, as well as Miracast. Beyond this is the upgraded version, the ThinkVision Pro2840m that features the same 4K display and 300 nit brightness, as well as a 5 millisecond response time and 10-bit color. There are 157 pixels-per-inch and a three million-to-one contrast ratio. There are dual speakers and touch-sensitive buttons, and in addition to the connectivity above, there’s also mini DisplayPort and HDMI with MHL. 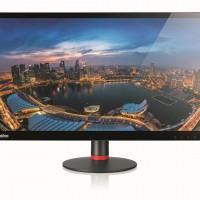 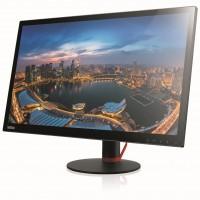 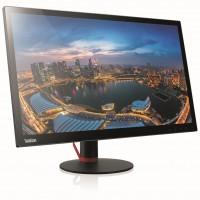 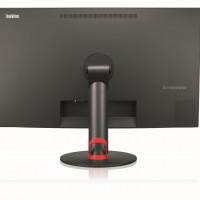 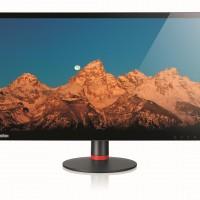 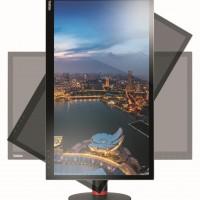 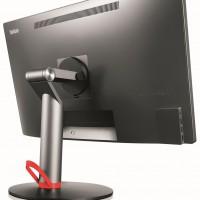 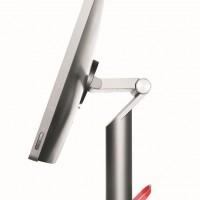 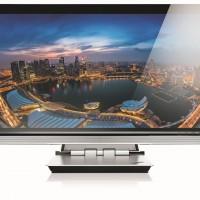 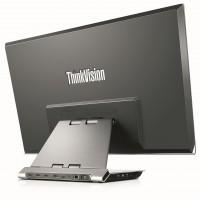 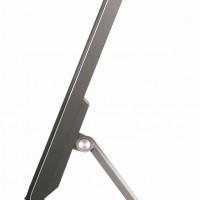 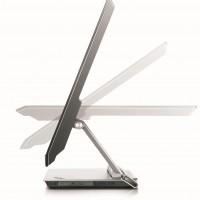 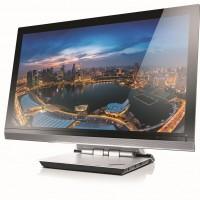 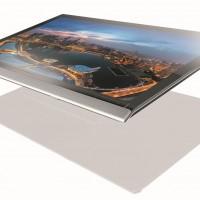 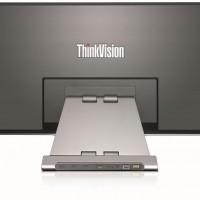 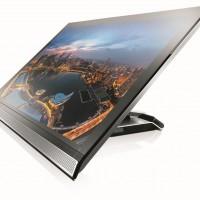