Lenovo has a flexible version of its most popular business ultrabook, the ThinkPad X1 Yoga. As the name suggests, the X1 Yoga brings the X1 lineup’s robust business features to Lenovo’s flexible Yoga design, enabling users to fold the display entirely back into a tablet-like mode. The model’s built-in stylus greatly expands the X1 Yoga’s abilities versus the X1 Carbon, but is it worth the transition?

The 3rd-gen Lenovo X1 Yoga is very similar to the X1 Carbon from a visual standpoint, sporting the same black matte color accented with a red TrackPoint, retro-style trackpad buttons, and large ThinkPad logo on the lid. The display features prominent bezels, there’s a fingerprint reader on the palm rest, and the front edge tapers to an edge. 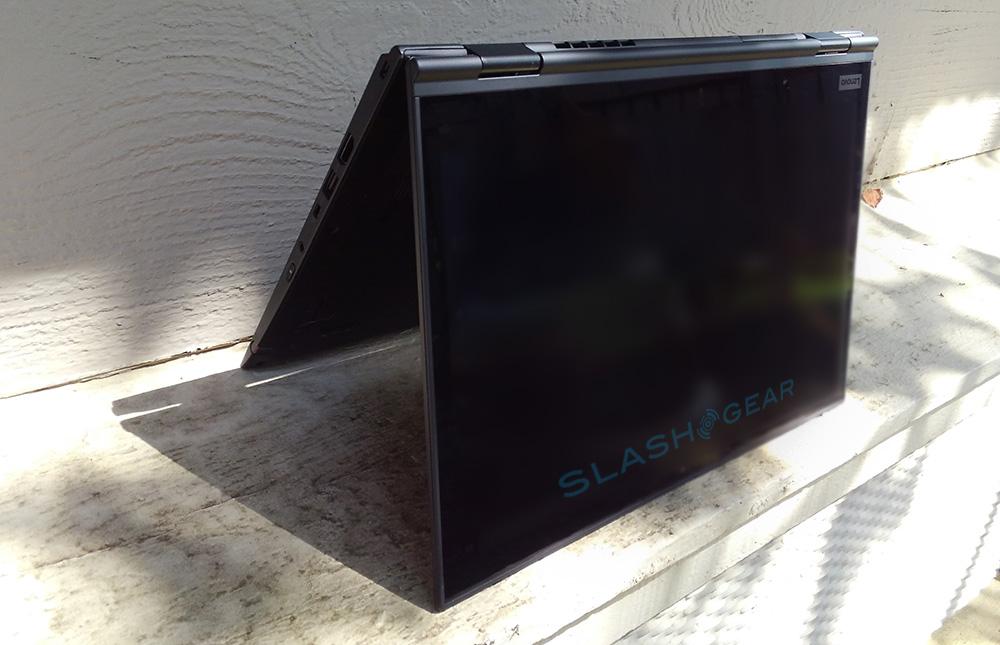 The display is slim and attached to a pair of broad 360-degree hinges that enable the display to be folded back at various points. Users can choose the angle of the display; it remains stable and firmly in place regardless of its position. The laptop’s slim body means users can generally use the laptop as a tablet without it feeling unwieldy or burdensome, though it’s not the same experience as a dedicated tablet, of course. 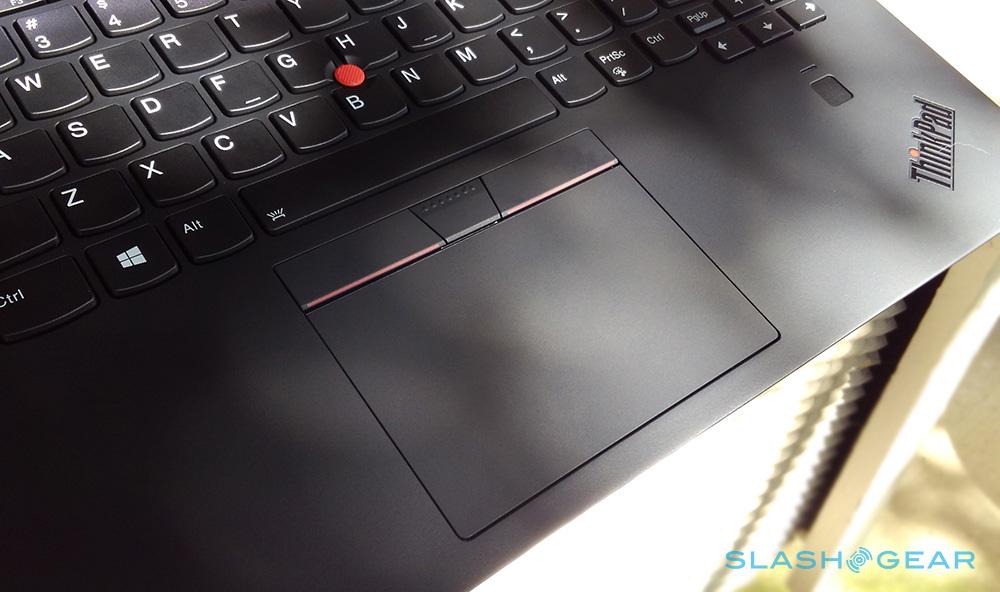 The keyboard, as with all ThinkPad models, has a low-profile design and is excellent to type on. The keys skew toward the large end of the size spectrum, making the keyboard incredibly comfortable to type on. As well, despite feeling solid when typing, the keys are very muffled, producing only a slight, soft sound.

Lenovo offers its newest X1 Yoga in multiple configurations, the performance of which will vary depending on which the buyer chooses. Our review unit features an Intel Core i5-8250U processor and 8GB of RAM; it was very responsive during testing with no issues multi-tasking. 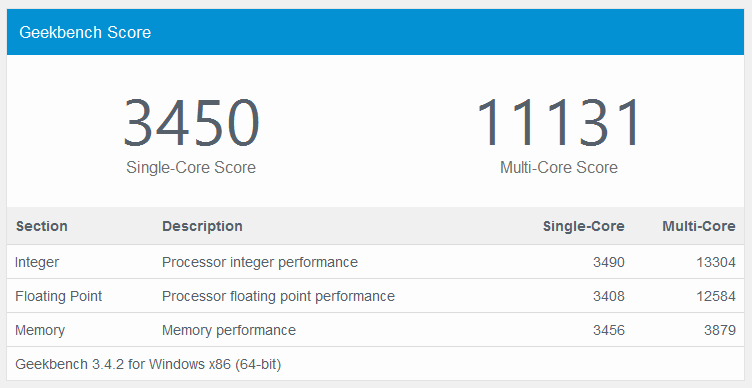 According to Lenovo, the 3rd-gen ThinkPad X1 Yoga’s battery will last a bit over 15 hours per charge, that of course depending on how the system is used. Indeed, we were able to squeeze many hours out of this laptop, casual usage resulting in multiple days between charges.

The laptop will be particularly appealing to travelers thanks to the Rapid Charging feature, which takes the battery to 80-percent charge in an hour. At 80-percent, Lenovo says users can get up to 12 hours of usage from that one hour of charging.

The new X1 Yoga is a stunning laptop in many ways. The display, a crisp touchscreen with Dolby Vision HDR, 100-percent color gamut, and 500 nits brightness, is exceptional and capable of supporting demanding visual professions, including graphics design and photography. 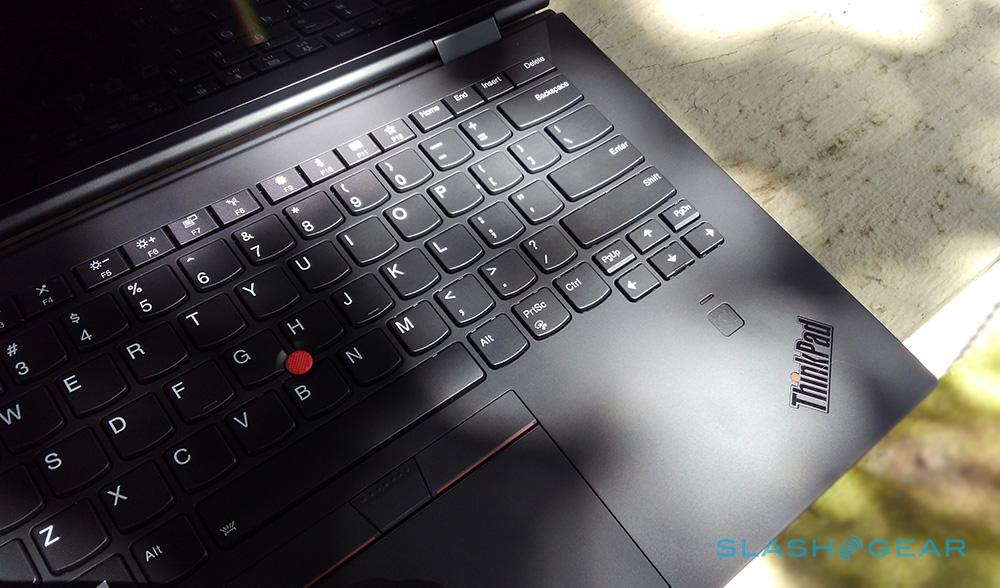 The laptop’s design is classy and suitable for any business meeting, and the inclusion of both USB-C and USB-A ports, as well as a full-size HDMI and optional 4G LTE connectivity, means users will be able to get online and use their peripherals without carrying extra gadgets. The notable exception, as far as dongles are concerned, is the lack of Ethernet.

The X1 Yoga’s sound is a nice surprise, eclipsing what many laptops offer; it has a strong bass and expansive sound, and though it won’t compete with an external speaker or headphones, it is certainly adequate when neither are available.

There’s nothing in particular to dislike about this new 2-in-1 offering, the dip in battery life being the only potential issue — you may lose a decent chunk of run time when streaming or running demanding programs, but the rapid charging makes up for that. Even when streaming and keeping the display at full brightness, the X1 Yoga was able to get through a full work day without needing charged.

The only “issue” that presented itself was consistent trouble removing the stylus, which sits flush with the edge of the laptop, but has a very shallow lip, making it difficult to pop free from its snug enclosure. 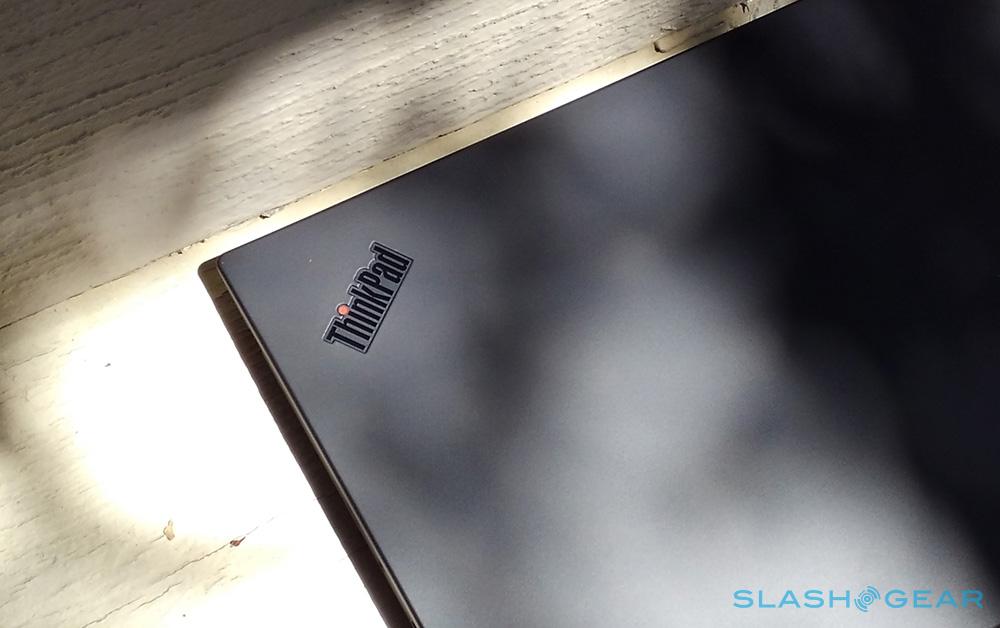