Lenovo’s foldable PC, the ThinkPad X1 Fold, is up for preorder, with the 13.3-inch laptop-tablet hybrid putting Windows 10 Pro on some very unusual hardware. While at first glance the X1 Fold may look like an OLED tablet, its ability to fold down the center makes for a PC that behaves more like a sci-fi movie prop. 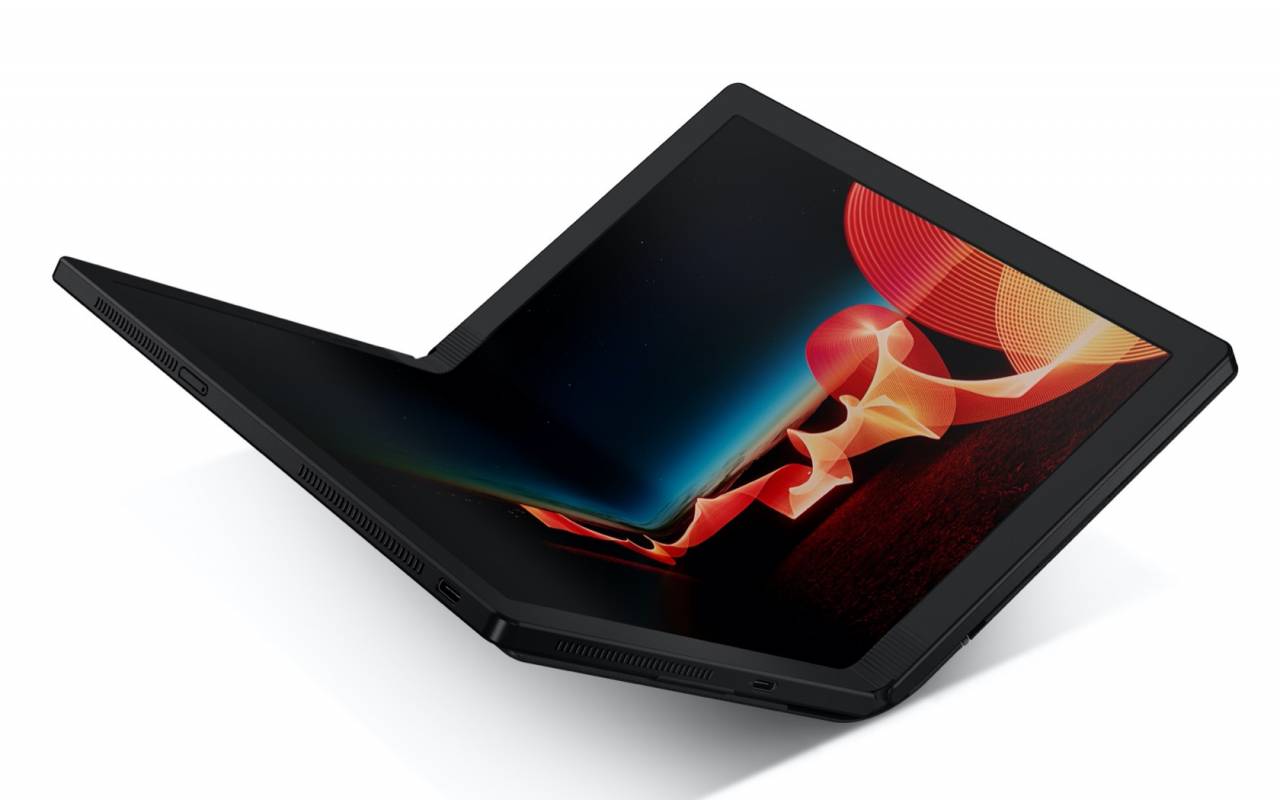 It’s not the first time we’ve seen Lenovo’s foldable, though some things have changed since back in January and its CES 2020 debut. Based on feedback from media demos then, along with real-world testing among the Lenovo team, a number of tweaks and changes have been made, both to hardware and software. 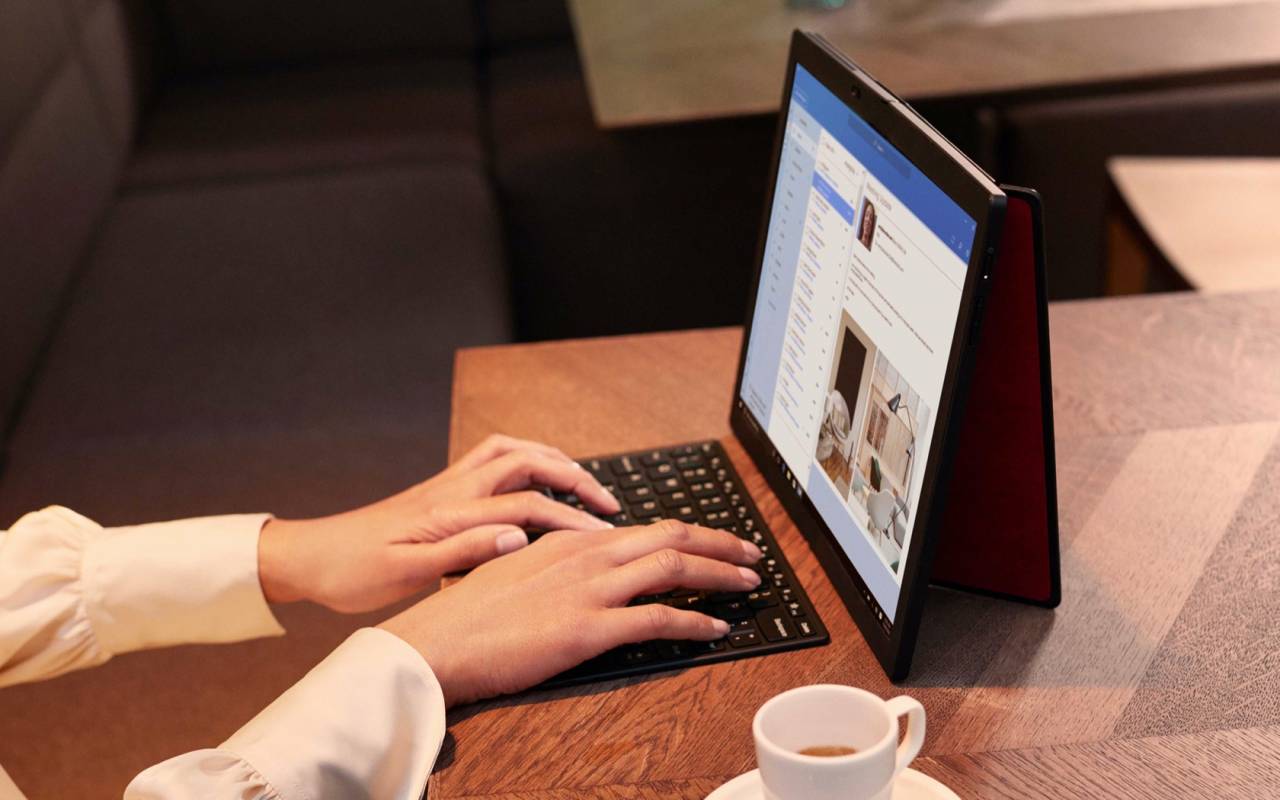 So, the silicone bezel around the foldable display has been improved, with Lenovo claiming it’s now more durable. The kickstand angle has been adjusted, too, and the pen loop for the stylus is now on the keyboard accessory, not on the cover. The leather cover on the back is more durable now. 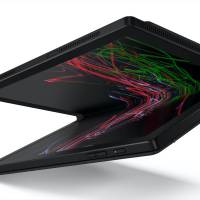 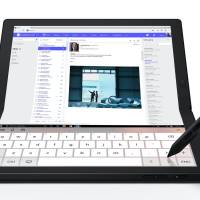 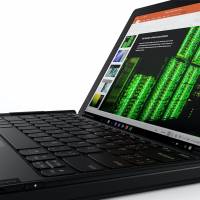 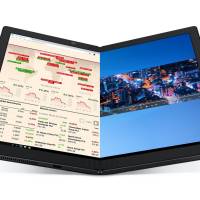 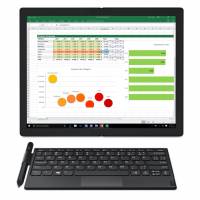 On the software side, Lenovo’s customizations for Windows 10 have been upgraded. There’s now a significant improvement in how the mode-switching operates, the company claims, as you switch between layouts and orientations. That’s including when you place on the optional Bluetooth keyboard, at which point the Fold recognizes that it has been attached and adjusts its use of the display accordingly. 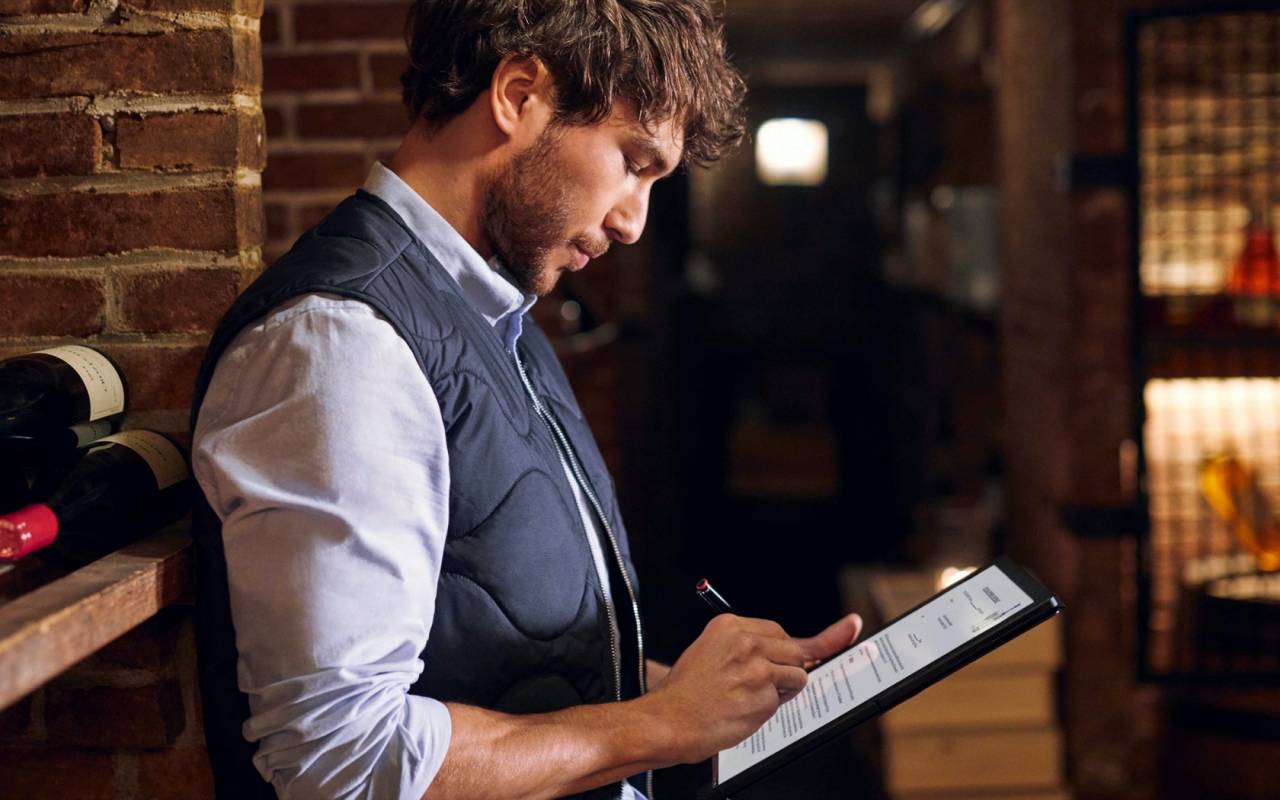 What hasn’t changed is Lenovo’s insistence that the ThinkPad X1 Fold is no mere engineering project, but a worthy candidate to bear the ThinkPad badge. It goes through the same MIL-SPEC testing as the other X-series ThinkPad models, the company points out, and in fact faces new ones its brethren do not. There’s a new drop test to see how well it holds up when the keyboard is folded up inside, for example, plus tests to make sure the screen isn’t damaged if you inadvertently fold up an object inside. 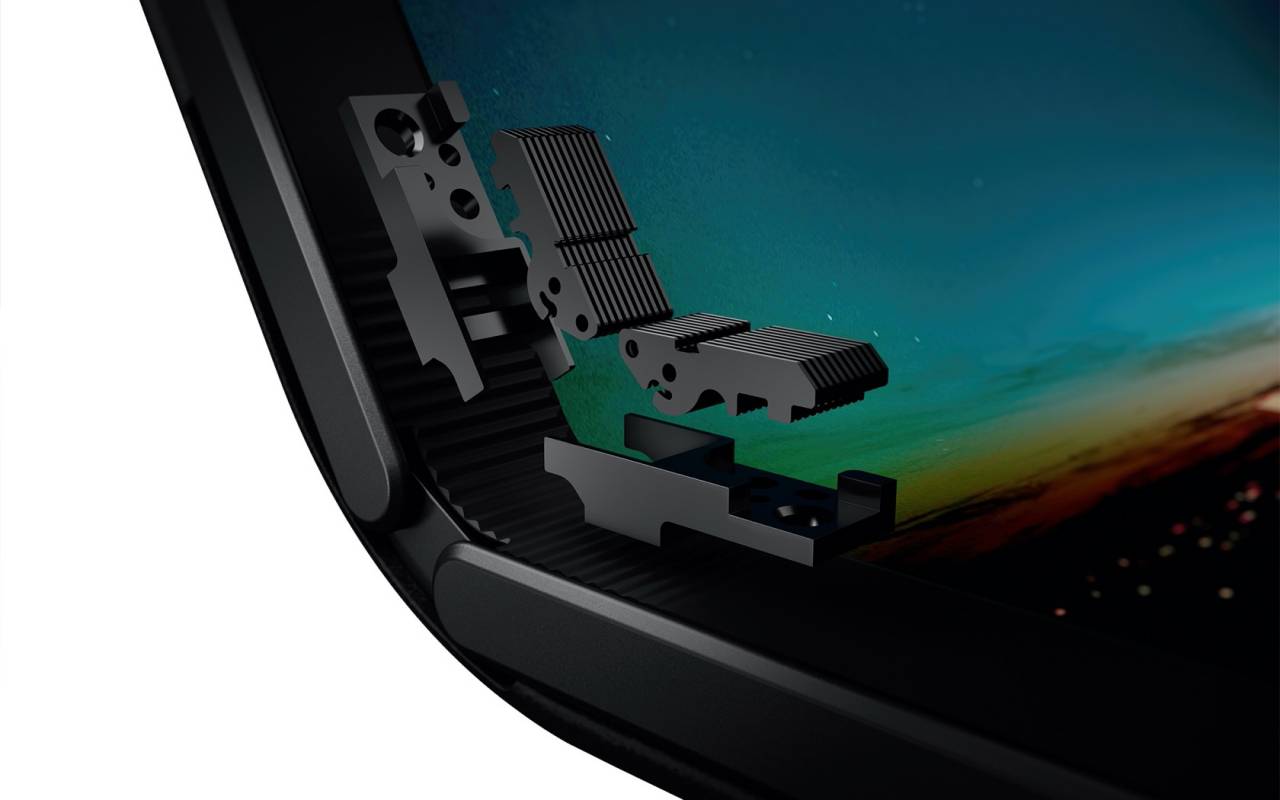 The range starts out with an Intel Core i5 processor, with 8GB of memory and up to 1TB of PCIe-NVMe M.2 SSD storage. Connectivity includes one USB Type-C Gen 1, one USB Type-C Gen 2, and a SIM slot; there’s also WiFi 6, Bluetooth 5.1, and optional embedded 5G (Sub-6 GHz). 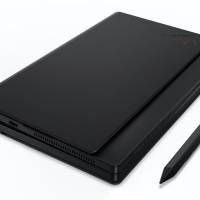 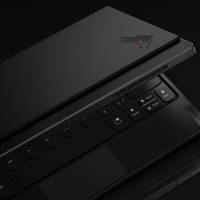 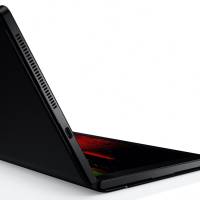 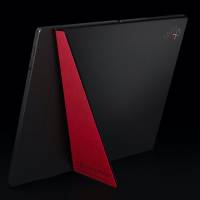 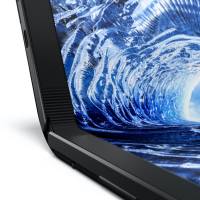 There’s both a 5-megapixel webcam and an IR camera for Windows Hello, while the 50 Whr battery is good for up to 11 hours of use, Lenovo estimates. It’ll have a USB-C docking station for easier desktop use, too. The whole thing tips the scales at 2.2 pounds; the Mini Keyboard and Lenovo Mod Pen are optional. 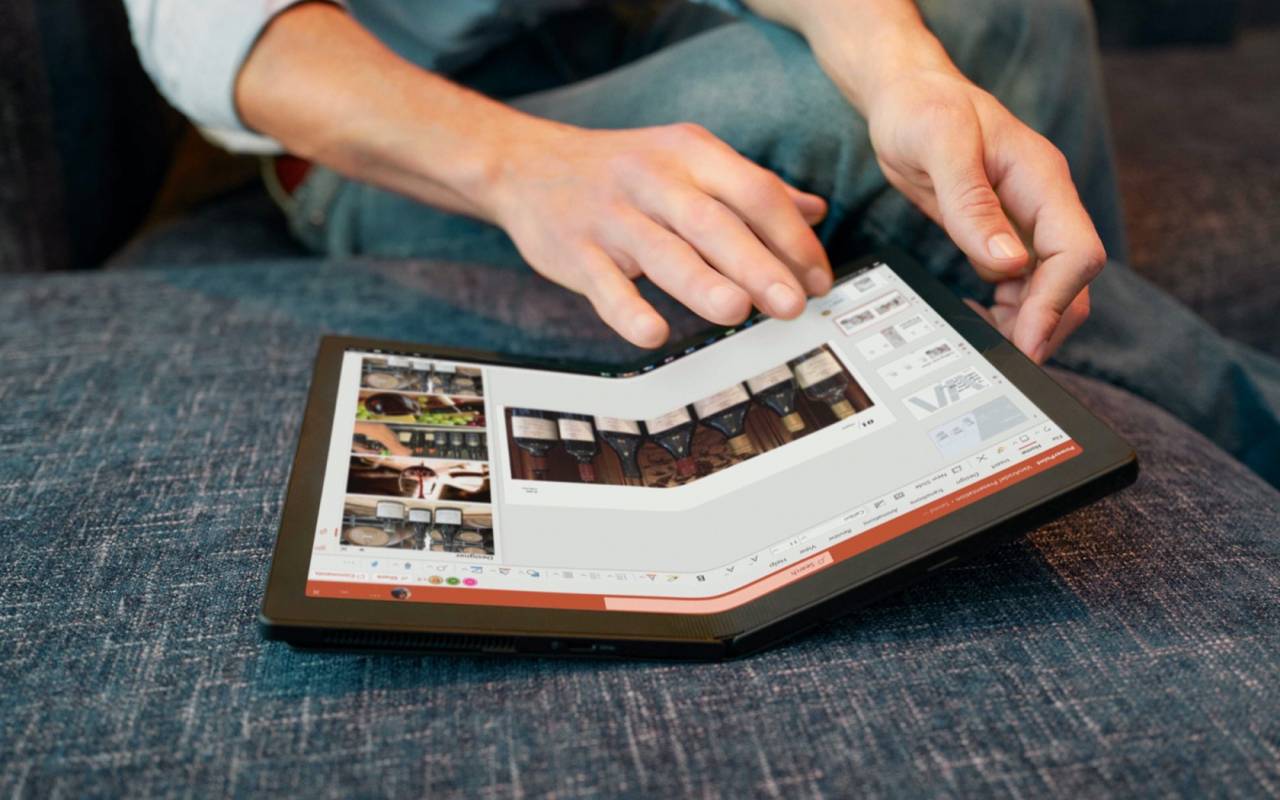 The big question is just how people will actually use all this. Lenovo says that, while it’s a real ThinkPad, it’s also an experiment of sorts: this first-generation model will help the company figure out the right screen size for foldable, how much battery life and performance people will expect from them, and indeed just what demand there actually is for a product like this. As a result, it won’t be a high-volume device: Lenovo isn’t saying how many it’ll make, and it’s not officially a limited edition design, but “we are not making many,” according to Jerry Paradise, VP of Commercial Portfolio.

The Lenovo ThinkPad X1 Fold is up for preorder now, priced from $2,499. It’ll ship later this year.