Lenovo ThinkPad T490 is a compromise between power and portability

The popular workhorse business notebook product line, the Lenovo T Series, has received an update with the new ThinkPad T490 and T490s models. The new T490 sports an upgraded display offering exceptional brightness alongside Dolby Vision support. The model targets professionals in need of a powerful laptop combining portability and a high-quality display suitable for graphics and video work.

The ThinkPad T490 joins the newly launched X390, offering a larger 14-inch display with up to a WQHD resolution and 500 nit brightness alongside Dolby Vision HDR support. The new display option makes the T490 an excellent choice for photographers, graphic designers, videographers, and other professionals who deal with graphics.

The new display is joined by up to an 8th-generational Intel Core vPro i7 processor and either Intel HD Graphics 620 or an NVIDIA GeForce MX250 GPU. Buyers can choose up to a huge 48GB of RAM and a 1TB SSD. Rapid data transfers are made possible via the laptop’s Thunderbolt 3 port, plus there’s another USB-C port, two USB-A 3.1 ports, HDMI, a microSD card slot, and a combo audio jack. 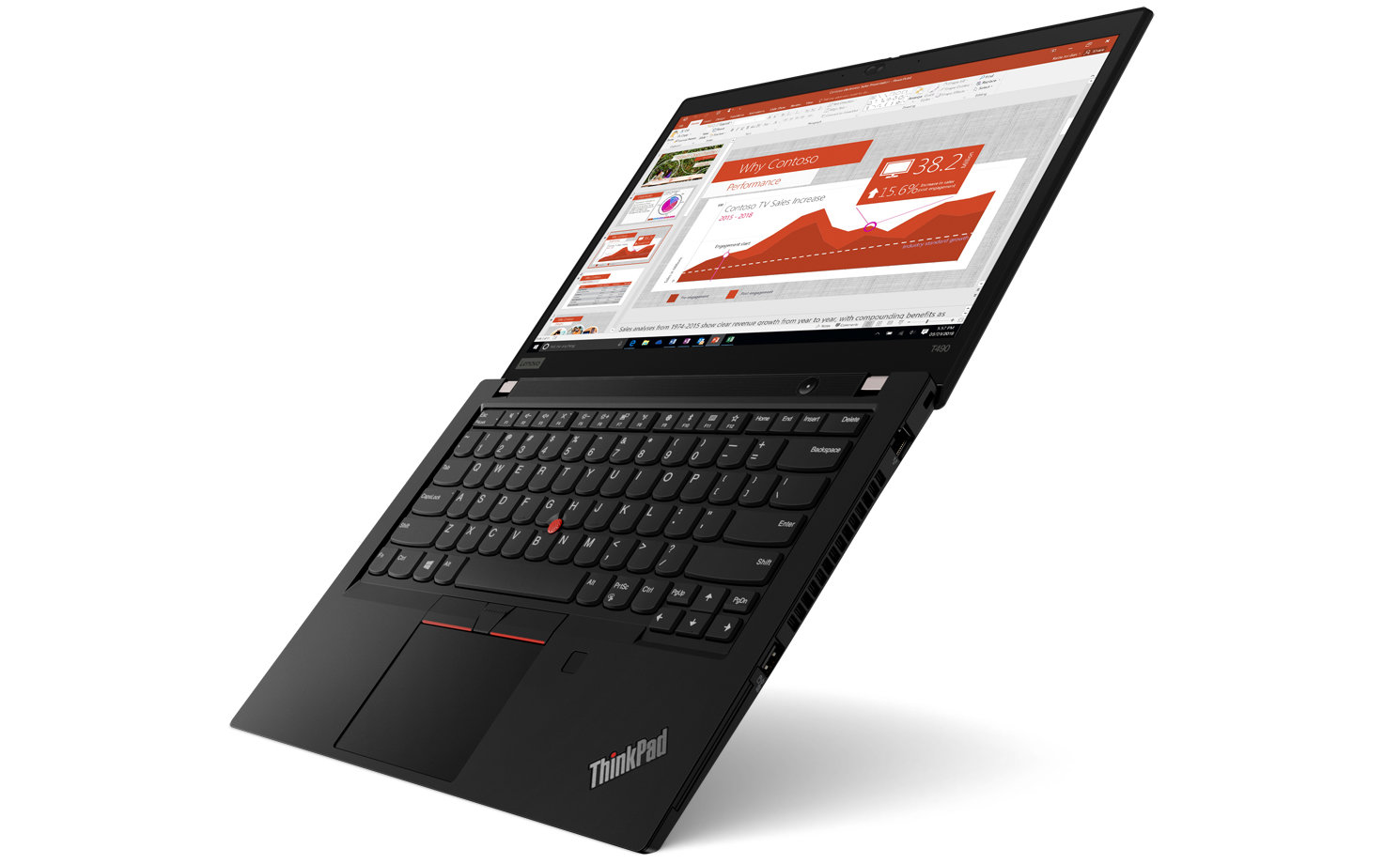 The up-firing speakers are a new inclusion to the T Series; the hybrid HD + IR camera with ThinkShutter is likewise new, as are the dual far-field microphones and WQHD HDR display. The T490’s bezels are also 22-percent slimmer than the previous model’s. Though still portable, the T490 brings a bit more bulk to the table compared to its T490s sibling, weighing in at up to 3.23lbs and measuring just under 13-inches across.

The ThinkPad T490 laptop will be available from Lenovo in June starting at $999 USD.