Lenovo ThinkPad and IdeaPad refreshed with an Edge at CES 2013

Starting things off fresh for CES 2013, Lenovo has just announced a new lineup of touch-based devices running Windows 8. The company unveiled new additions to the IdeaPad U series of Ultrabooks and the Mainstream Z Series, as well as the new ThinkPad Edge E431 and E531 business-minded laptops.

Lenovo’s new IdeaPad U310 and U410 Ultrabooks are just 18mm thin and boast a wake-up time of just one second, thanks to Lenovo’s own Instant Resume technology. The new Ultrabooks come packing with up to a 3rd-generation Intel Core i7 processor and NVIDIA GeForce graphics with DirectX 11. The U310 will be available in March starting at $779, while the U410 will release in April starting at $850.

Lenovo also has shown off the new IdeaPad Z400 and Z500 laptops and are the latest additions to the company’s Z series. These machines are optimized for Windows 8’s touch-based UI, supporting 10-finger touch at any given point. Both laptops come with a 3rd -generation Intel Core i7 processor and NVIDIA GeForce graphics. The Z400 will come with a 14-inch display and will be available starting in March at $699, while the Z500 will feature a 15.6-inch display and will be released in April starting at $699 as well.

Lastly, Lenovo announced the ThinkPad Edge E431 and E531 (also pictured at the top of this article). They’re the first ThinkPad laptops to include the company’s all-new OneLink technology, which allows users to connect to various external devices through a single cable connection, thus eliminating cable clutter without compromising performance. The ThinkPad Edge E431 and E531 laptops also feature improved graphics and higher-resolution displays, as well as a five-button ClickPad that will let users control various Windows 8 features from the keyboard. Both models will be available in May starting at $499. 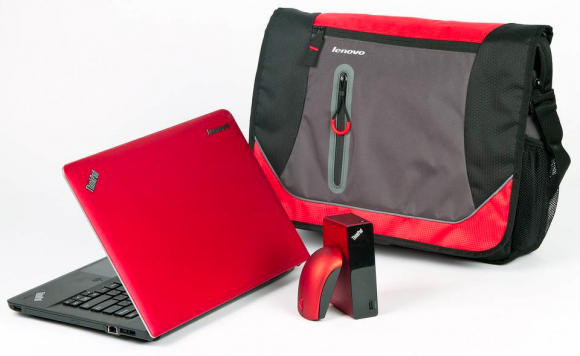