It’s been 20 years since Lenovo introduced us to the iconic design that now exists in the ThinkPad, complete with black body and red dot. To celebrate the event, Lenovo has let loose a collection of media for you, the ThinkPad lover, to consume, starting with a fun set of facts – one being on the original inspiration for the ThinkPad: a Japanese Bento-Bako box! The name ThinkPad, they note, comes from a classic notepad (the kind with paper inside) passed out to all IBM employees, black with the word “THINK” embossed on the front.

The event has been commented upon by Lenovo’s own David Hill, he presenting his book “ThinkPad Design: Spirit & Essence”, this originally shown at a MoMA Lenovo event for the ThinkPad earlier this year. In Hill’s comments you’ll find not just a set of words presented in brief, you’ll see his full book presented virtually for your viewing right out of the browser window.

“Today is the day we officially celebrate the anniversary of ThinkPad. This year, however, is no ordinary anniversary. This year is the 20th anniversary of what has become a design classic and an icon of the industry. I am very proud of ThinkPad and all the people who have helped make it special over the years. Rather than write a special blog posting on the topic, I decided to post a “virtual” copy of the book I wrote and designed for the MoMA event we hosted back in August.” – Hill 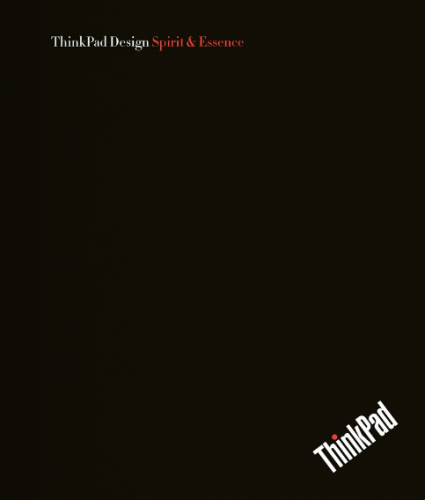 The presentation of the book is done through Zmags where you can read the entire publication – make it a full-screen adventure! The anniversary event hosted at the MoMA showed off a variety of ThinkPad designs, including the model that sits inside the halls of the museum on a regular basis: the ThinkPad 701c. This design works with a keyboard the slides out and expands in a butterfly configuration that’s lovely enough to be looked upon as design history – art. 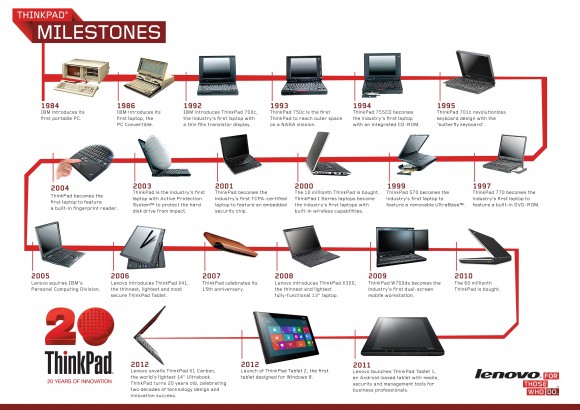 Have a peek here at a timeline setup of all the ThinkPads that’ve popped up over the past 20 years and let us know – which ones have you owned? Which was your favorite? Lenovo has prepared a selection of 20th anniversary wallpapers for your ThinkPad here and here – that’s a couple of Flickr galleries, mind you. Also have a peek below at a collection of legacy ThinkPad images and advertisements as well – and remind yourself: the best is still on the way!

Note that the following gallery contains the few IBM computers that lead up to the ThinkPad as well – gigantic and terrifying as they were. The first ThinkPad changed the way computers were used, so to speak, with a compact design that allowed the user to actually consider computing in more than one place. Jump down the [Lenovo] rabbit hole here on SlashGear to continue your journey for many, many years to come!