Want the style and durability of a ThinkPad with the budget-friendliness and speed of a Chromebook? Enter Lenovo’s ThinkPad 13 Chromebook, a version of its ThinkPad 13 laptop that runs Google’s Chrome OS. High-end Chromebooks have become more common over the past couple years; we’ve seen such offerings from Dell, for example, and now the latest is the Thinkpad 13 Chromebook. Particularly notable with the model is the inclusion of UBS-C ports, but that’s just a small sliver of what the laptop has to offer. Is Lenovo’s Thinkpad 13 Chromebook the Chrome OS business laptop you’ve been waiting for? Read our full review to find out!

The Lenovo Thinkpad 13 Chromebook looks like the expansive array of other Thinkpad laptops available, with one notable exception: the small Chrome emblem on the lid that any Chromebook user will be familiar with. That aside, you’re getting a Thinkpad is every regard when it comes to design, and that includes durability. According to Lenovo, the Thinkpad 13 Chromebook is tested to military specifications across a dozen different durability tests. The laptop is, overall, thin and light, measuring 19.8mm thin and 3.2lbs/1.4kg in weight. This is a USB-C laptop, and like many others cropping up on the market, includes two USB-C ports instead of one. 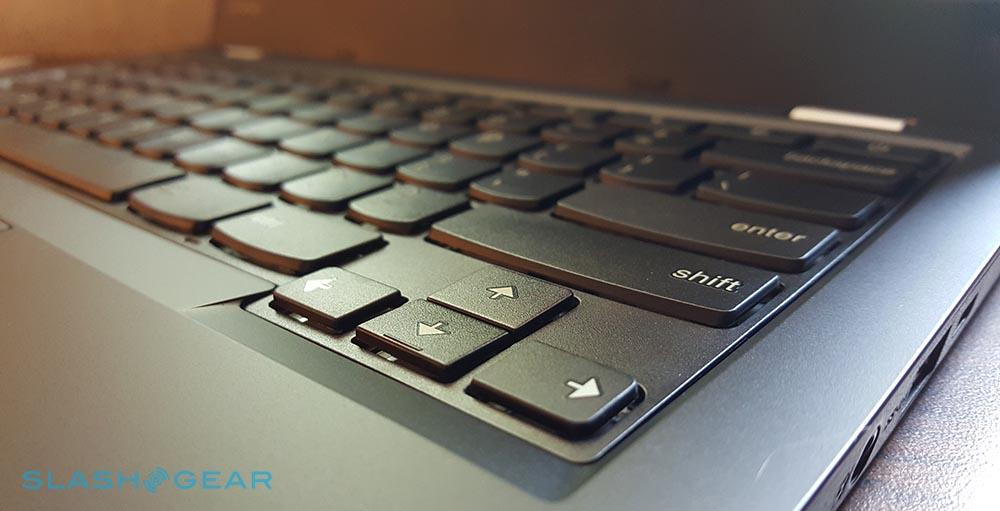 Displays are often one source of complaints when it comes to Chromebooks, which is perhaps why Lenovo is offering an optional Full HD 1080p IPS display with the Thinkpad 13 Chromebook. The model I reviewed features this panel, and it is very nice to behold with crisp colors and sharp lines. This particular screen option also boasts a 180-degree viewing angle. In the future (Lenovo describes it as “soon”), you’ll also have the option of getting a touch panel.

Among the laptop’s more welcoming features is the inclusion of dual noise-cancelling microphones, an arguably necessary feature for a business laptop (as impromptu Skype sessions may happen when your headset isn’t available). The Thinkpad 13 Chromebook also features a 720p high-definition webcam with face tracking and wide viewing angles. The webcam appears atypically sensitive in low-light conditions; video quality in an averagely lit office is very nice.

The display, as shown in the image above, can be laid completely flat. Typing, meanwhile, is aided by two large rubber feet on the rear of the laptop, elevating it slightly to put the keyboard at a more comfortable angle. The keyboard itself is distinctly that of a Thinkpad, very comfortable to type on with a nice level of resistance and relatively silent operation.

One of the nicer aspects of the Thinkpad 13 Chromebook is its level of available customization options. As you can see in the specs below, you have three different processors to choose from, a trio of display options, and more.

Because this Thinkpad is a Chromebook, our regular Geekbench benchmarks don’t apply, and most usage scenarios for the laptop aren’t going to be very demanding at all — a Chromebook is something you use to watch video, put together presentations, edit photos, check and send emails, perform general word processing activities, and maybe play a game or two during your downtime. Most people with these modest needs get a Chromebook for two reasons: they’re a low-cost way to do these simple tasks, they’re fast, and they have a long battery life.

After using the Thinkpad 13 Chromebook for all of the above tasks (except putting together a presentation, alas), I can say it hits both of those goals. The battery life does indeed fall around the 10-hour figure Lenovo specifies for it, depending, of course, on how you’re using the laptop. Even running YouTube videos doesn’t drain the battery noticeably faster than just browsing the web, though, so in terms of on-the-go usage, the Thinkpad 13 is great.

And, as we’d expect from a Chromebook, the Thinkpad 13 fires up quickly and is very snappy during general usage. The speeds you experience will be affected by which hardware configuration you end up siding with, of course — the model I reviewed has the i5 processor option and 8GB of RAM.

A Chromebook is a Chromebook, I’ve heard some say. They’re so simple that it all boils down to Chrome OS, and that is the same no matter which model you pick up. After using many different types of Chromebooks over the years, I can say that’s not really true. Yes, Chrome OS is Chrome OS. The Chromebook itself, though, is obviously the sum total of all of its parts, and there truly are crappy models out there. Lenovo’s Thinkpad 13 Chromebook isn’t one of them. The overall construction and display quality, speed, and durability make for a Chromebook that is notable among many others, one that you won’t be embarrassed to pull out at the office and that won’t let you down when you need it the most. 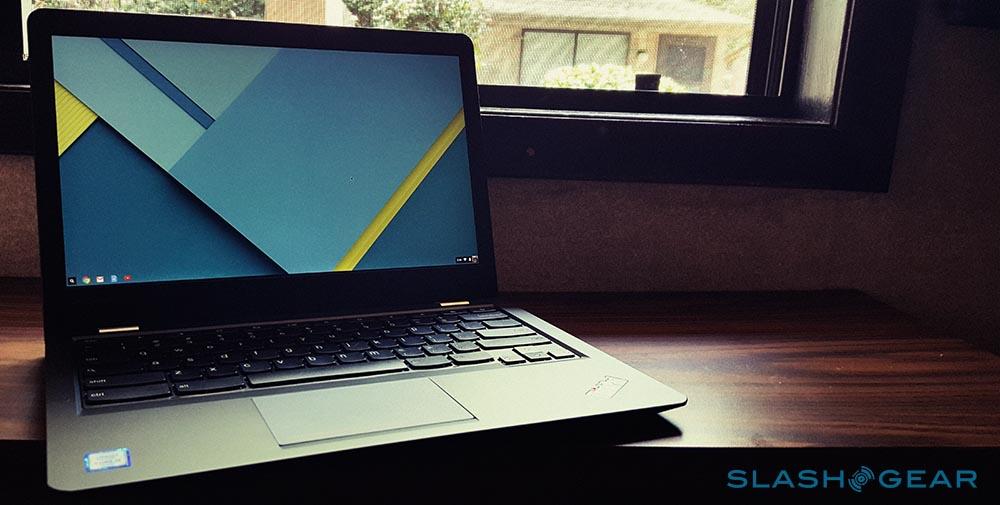 When configured with the Celeron processor option, 1366 x 768 display, and 16GB of storage, the Thinkpad 13 Chromebook starts at $386.10 on Lenovo’s website.