Having a desktop computer might not be the most popular thing in modern times, but it does come with its benefits. Unfortunately, in most instances choosing to purchase a PC also means choosing the Windows operating system, even if you don’t necessarily favor it. A growing number of companies are beginning to change this, with Lenovo being among them. Thus comes in its N308 all-in-one computer running Android.

The Lenovo N308 all-in-one PC runs Android 4.2 Jelly Bean, bringing Google’s mobile operating system (arguably what the youngest generation will be most familiar with) to the family room or office. Because it runs Android, you’ll obviously have access to various sorts of mobile apps and will be able to do activities you otherwise perform on your tablet or smartphone.

Not surprisingly given its operating system, the Lenovo N308 runs on an NVIDIA Tegra 3 quad-core processor, the memory yet unspecified, with up to 500 GB of internal storage space. The display measures in at 19.5-inches, which isn’t terribly small but is certainly on the smaller end of the AiO display size spectrum. The resolution is also somewhat unremarkable at only 1600 x 900.

The unit itself measures in at 1.3-inches thick, and comes in both black and white varieties. There’s a 720p webcam for chatting, as well as Bluetooth and 802.11 WiFi in terms of wireless connectivity. There’s a fullsize keyboard and mouse, as well as an integrated battery that offers up to three hours of usage time when the AiO is in its tablet mode. This allows the machine to be folded up and transported from one room to another without shutting down.

The N308 will be available in February starting at $450 USD. 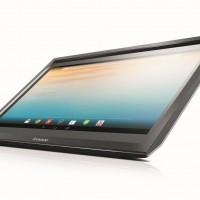 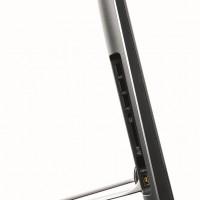 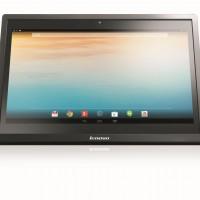 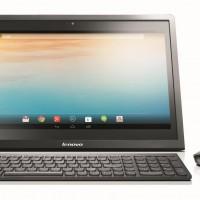 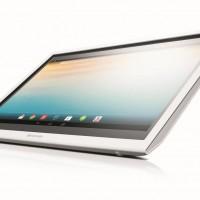 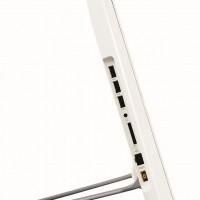 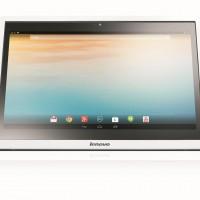 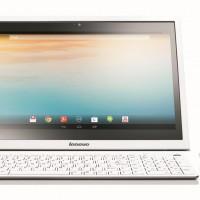