Lenovo has been awfully quiet recently in the tablet front, other than their most-recent Yoga 11S convertible offering, but the company just launched their latest slate, dubbed the Miix 10. This tablet is Lenovo’s latest Windows 8 slate, and it rocks a 10-inch screen with an Intel Atom processor on the inside to keep things humming along.

The Miix 10’s 10.1-inch HD LED IPS display sports a resolution of 1366×768, and packs in an Intel Atom Z2760 processor clocked at 1.8GHz with 2GB of RAM. The tablet also boasts 64GB of storage and comes with a bevy of ports on the outside, including a microSD card slot, micro HDMI, a headphone jack, and the traditional micro USB port.

Of course, the Miix 10 also comes with 802.11b/g/n WiFi and Bluetooth 4.0, and there’s also a 1MP front-facing camera for those inevitable selfies that we know you’ll take (don’t lie). In any case, could this be the iPad killer of all iPad killers? Probably not, but it seems to be a solid tablet for Windows 8 tablet junkies. 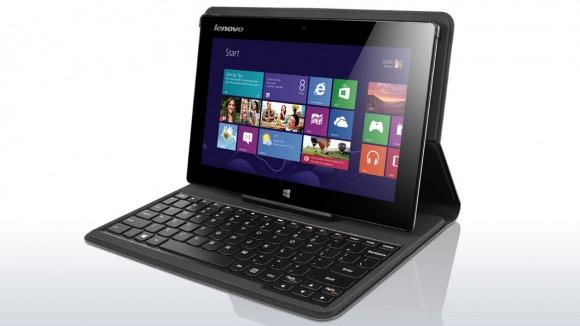 The Miix 10 starts at $599 and it’s live on Lenovo’s website right now and ready to order. It’s certainly not a budget tablet like the Nexus 7 or the iPad mini, but it’s definitely priced competitively with other Windows 8 tablets like it. The only question now is whether or not Lenovo can make it stick out from the crowd.