The folks at Lenovo have re-revealed the Ideatab S2110 at IFA 2012 this week, making another tablet hook up with the keyboard crew to make a convertible tablet/notebook for the Android universe along with a couple of lovely smaller tablets by the name of A2109 and A2107. The S2110 tablet has a 10.1-inch IPS LCD display with 1280 x 800 pixel resolution and 420nit brightness attached to a keyboard dock that’ll have to flipping back and forth between tablet and notebook at will. You’ll have 10-finger touchscreen abilities here as well as a powerful Qualcomm 8060A/8260A 1.5GHz dual-core processor (aka a dual-core Snapdragon S4) under the hood.

This tablet comes with up to 32GB of eMMC internal storage and works with a projected 10 hours of battery life. With the keyboard dock you’ll have 20 hours of battery life as well as a slightly thicker and not quite as light experience. Without the dock you’ll have a unit that weights in at just 580g. On the back of this device (on the tablet end of the business) you’ll be working with a 5 megapixel camera with Auto Focus and a single LED flash bulb – on the front is a 1.3 megapixel camera for video chat. Inside you’ve got 1GB LP-DDR2 memory as well as Bluetooth 4.0, built-in FM Radio, and wi-fi connectivity. 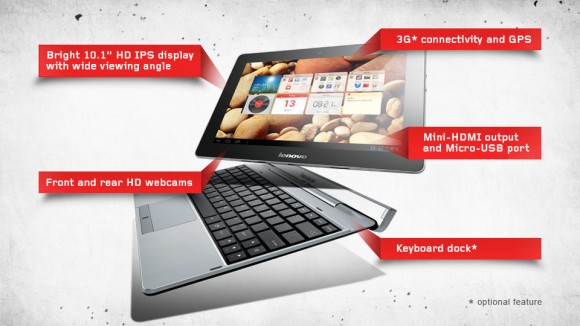 You’ve also got a G-sensor, Gyro-sensor, E-compass sensor, and Ambient light sensor as well. On the tablet you’ve got a microUSB port as well as microHDMI, SIM card slot for mobile data (details incoming), and headphone jack. This device works with Google Play as well as the Lenovo App Shop for apps and media. The Ideatab A2110 is available right this minute for $399 USD throughout the USA. 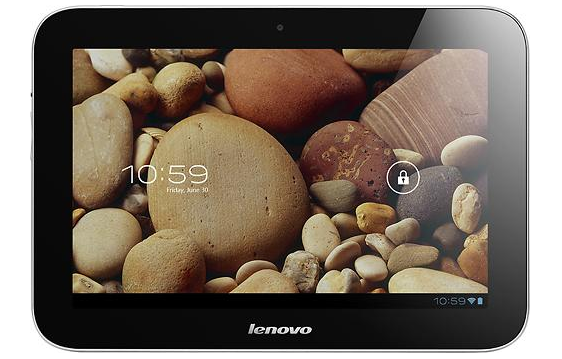 Also being shown today by Lenovo in their first big showing of the set are the Ideatab A2107 and A2109. Both tablets run Android 4.0 Ice Cream Sandwich and work with a metal alloy roll cage coming straight from the ThinkPad lineup. The A2107 brings a 7-inch display with a microSD card slot, Bluetooth 4.0, built-in FM radio, 720p HD resolution, and both a wi-fi and a 3G model. The A2109 is the manufacturer’s current 9-inch tablet model running Android bringing with it an NVIDIA Tegra 3 quad-core processor.

The 9-inch S2109 (slightly different from the A2109) has been on the market in the USA for several weeks now for right around $299 while the A2107 will be appearing later in 2012 with a price and a more specific tune on which processor it’ll be carrying as well! NOTE: the S2109 was introduced earlier this year with a slightly different processor – not quad-core Tegra 3, but TI dual-core!