Lenovo foldable phone patent is the oddest one yet

We have seen all sorts of ideas, both in simple renders as well as legal patents, that plays around with the concept of a foldable device, be it a phone or a tablet or anything in between. Some of those, like the Samsung Galaxy Fold and the Huawei Mate X, have become actual products. There are a few, however, that might be better off as just ideas. As far as strange patents go, one of Lenovo’s latest probably takes the cake, with a fold and a second screen that barely makes sense.

We’ve seen our fair share of clamshell-style foldable phones and, being the owner of Motorola and its famous RAZR brand, it’s unsurprising that Lenovo would take a few stabs in this form factor as well. The idea of an extra tall phone, probably taller than even the Sony Xperia 1, is already an odd one. Lenovo’s foldable phone idea, however, takes it to the next level.

The hinge, for example, is reminiscent of another recent patent that showed similarities to Microsoft’s dynamic fulcrum “scorpion tail” hinge on the Surface Book. Like other foldable phone patents, this creates a gap at the hinge because screens still can’t fold flat. What’s different here is that the fold isn’t at the middle of the device but closer to the bottom and can also fold at different parts. 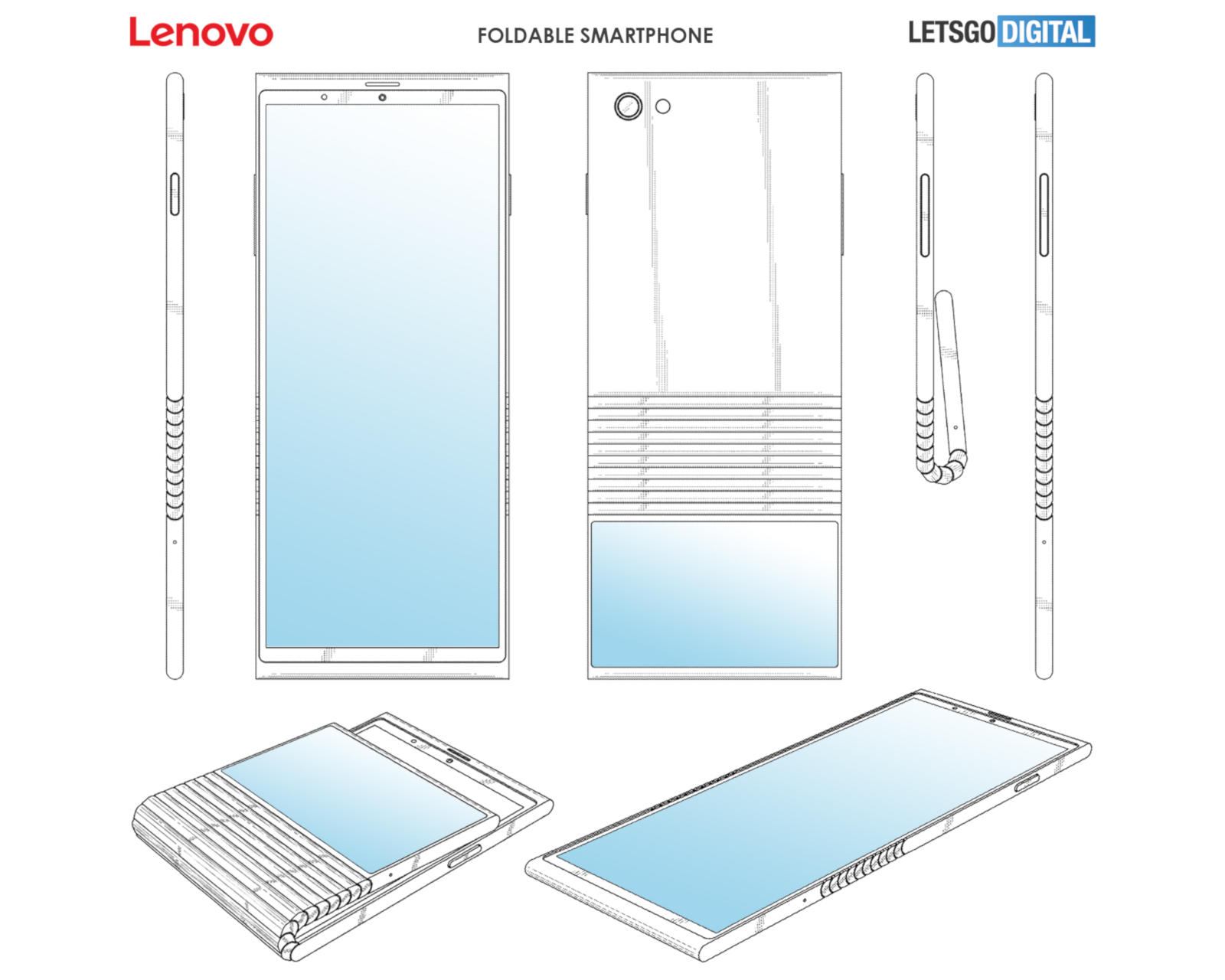 This means that a part of the main screen will always be visible, whether it’s just a small strip for the notifications or a larger area that’s almost a third of the entire screen. In addition, there’s a smaller second screen on the back that can be used when the phone is folded or turned down on its face.

Whether this design makes any practical sense is still a puzzle. Fortunately, it’s just a patent that may never see the light of day. Even better, Lenovo does already have a few foldable devices that do make sense, provided they actually produce them soon.