Lenovo dual-screen Yoga laptop might be in the works

Fans and dreamers may have been disheartened by the announcement that Microsoft was delaying not just the Windows 10X version of its operating system but also its focus on dual-screen devices, specifically the Surface Neo. Of course, Microsoft doesn’t have the monopoly of such ideas and manufacturers may still decide to push through with or without Windows 10X. ASUS has noticeably been silent about its ambitious Project Precog concept but Lenovo might be another one to keep an eye on should its own dual-screen Yoga device ever comes to light.

To be clear, this isn’t an outright confirmation that Lenovo is actually about to launch such a product though it might. The leaked presentation more or less does reveal that Lenovo may be one of the few Windows PC makers who sees some value in such a form factor. Then again, Lenovo was already experimenting with dual-screen devices long before the Surface Neo’s grand reveal, like the Lenovo Yoga Book C930. 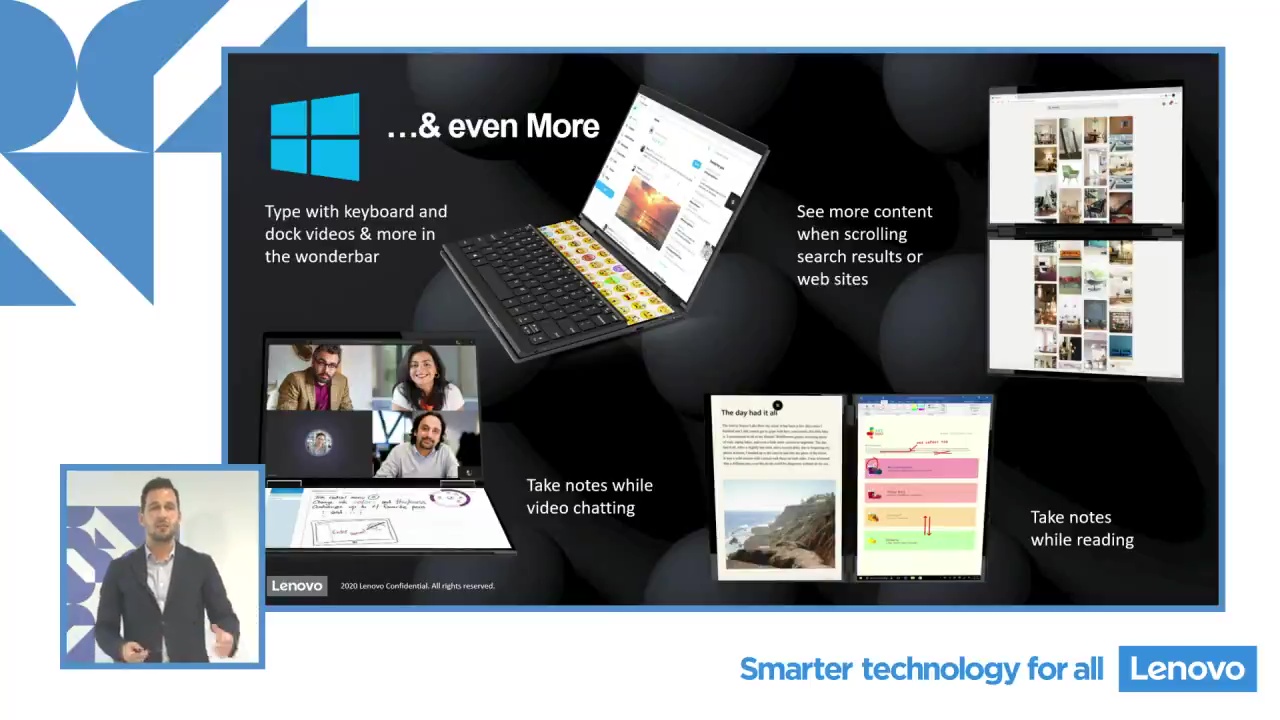 The presentation, for example, talks about the different benefits of having such a dual-screen device, like having twice the screen space if you don’t mind a seam in the middle. You can use one screen as a drawing tablet or even put a keyboard on top for more tactile typing. The latter seems to now be a common style ever since Microsoft previewed the idea for the Surface Neo.

Curiously, the short presentation doesn’t make any comparison to the Thinkpad X1 Fold, a device that will have the exact same benefits thanks to a single foldable screen. Then again, the Samsung Galaxy Fold proved the technology isn’t yet that perfect for phones, let alone a laptop/tablet hybrid that will get even more rough use.

Of all other PC makers, Lenovo does seem more likely to actually put this dual-screen Yoga into production, possibly even in 2021. It may, however, have to make do with a normal version of Windows 10 not optimized for that use case but, then again, Lenovo is also quite used to that kind of experimentation already anyway.