As entertainment and such becomes increasingly digital and cloud access an arguable necessity, the use of personal cloud services that expand beyond mere external hard drives is increasing. NAS units are only popular way to fulfill this need, but they units are often expensive and, depsite efforts to the contrary, complicated. To meet consumer needs for home-based storage without making things too hard to figure out, Lenovo has introduced its Beacon personal cloud storage device.

Beacon is a personal cloud solution that provides the physical storage unit for safe keeping at home. Lenovo promises that the device is always on, and allows users to both upload and play media content via their tablet, smartphone, or PC — as well as a TV, depending on what kind of hardware and set up you have. Both wireless and wired (USB) connectivity are offered, in addition, providing for use with all sorts of devices.

Access is available both from devices that are on the local network and elsewhere beyond one’s home WiFi. For tasks where automatic backup is ideal, the Beacon can be configured to accept their items, such as the automatic backing up of one’s camera roll on their smartphone. There’s a custom app, as well, that allows for use of a mobile device as a remote control to play multimedia content on a television connected to Beacon via HDMI.

The capacity can be expanded up to a hefty 6TB, which puts it on part with many consumer-level NAS units. The unit itself runs on an Intel Atom dual-core processor, so there shouldn’t be much consumption in terms of energy and heat output should be low. The Lenovo Beacon will be available to purchase in April starting at $199 USD, and will be available in both white and black options. 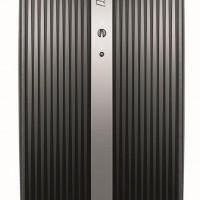 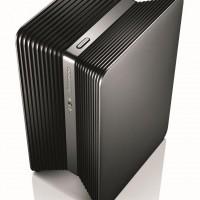 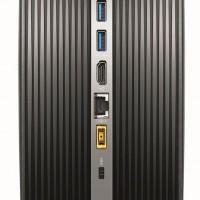 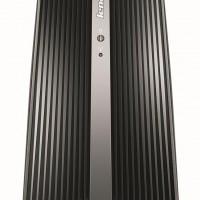