Perhaps more than any other camera company, Leica inspires raving reviews and gets near universal praise from enthusiasts, for which it demands some astronomical price tags. But even Leica’s most dedicated supporters might have trouble backing this one: the company’s latest M-class camera only shoots monochrome photos. The Leica M Monochrom was announced today, and will start shipping in July for the “relatively” low price of $7,950.

The actual photographic theory behind the Monochrom is pretty sound: Leica created the camera without a color filter array, which should allow it to to take some excellent black and white shots  –  and it had better, since that’s all it will be taking. Other key specifications include and 18-megapixel full-frame sensor and an ISO range topping out at 10,000. The camera doesn’t come with a lens, but you could add on a brand new Summicron 50mm f2.0 prime lens for a mere $7,195. I kind of hope this idea catches on – maybe Samsung will release a TV that only displays black and white movies. Or better yet, only Humphrey Bogart movies. 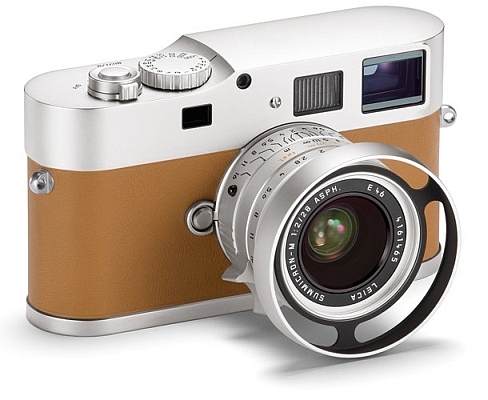 Leica shooters are something like the Rolex or Ferrari collectors of the camera world, and no doubt they’ll find more than a few willing to pony up for the M Monochrom. They’ll only find three hundred buyers at most for the $50,000 Edition Hermès Série Limiteé Jean-Louis Dumas M9-P, since it’s limited to 300 editions. If you miss the June shipping date you’ll have to “settle” for the $25,000 version that is simply labelled Edition Hermès. Both are variants of the $8000 18-megapixel Leica M9-P.