This Friday when Disney+ releases the next season of The Mandalorian, LEGO will release its ‘The Child’ set featuring baby Yoda, the latest in a growing line of official merchandise featuring the adorable Jedi master. The Child set has appeared on the official LEGO website, as well as on Amazon where it is available to preorder.

LEGO’s new The Child set 75318 is a baby Yoda model that Star Wars fans can build and then set up as a model for others to enjoy. The company says that its model features authentic details — or, at least, as close to authentic details as you can get through blocky plastic pieces. Among other things, users can pose the model’s head, mouth, and ears. 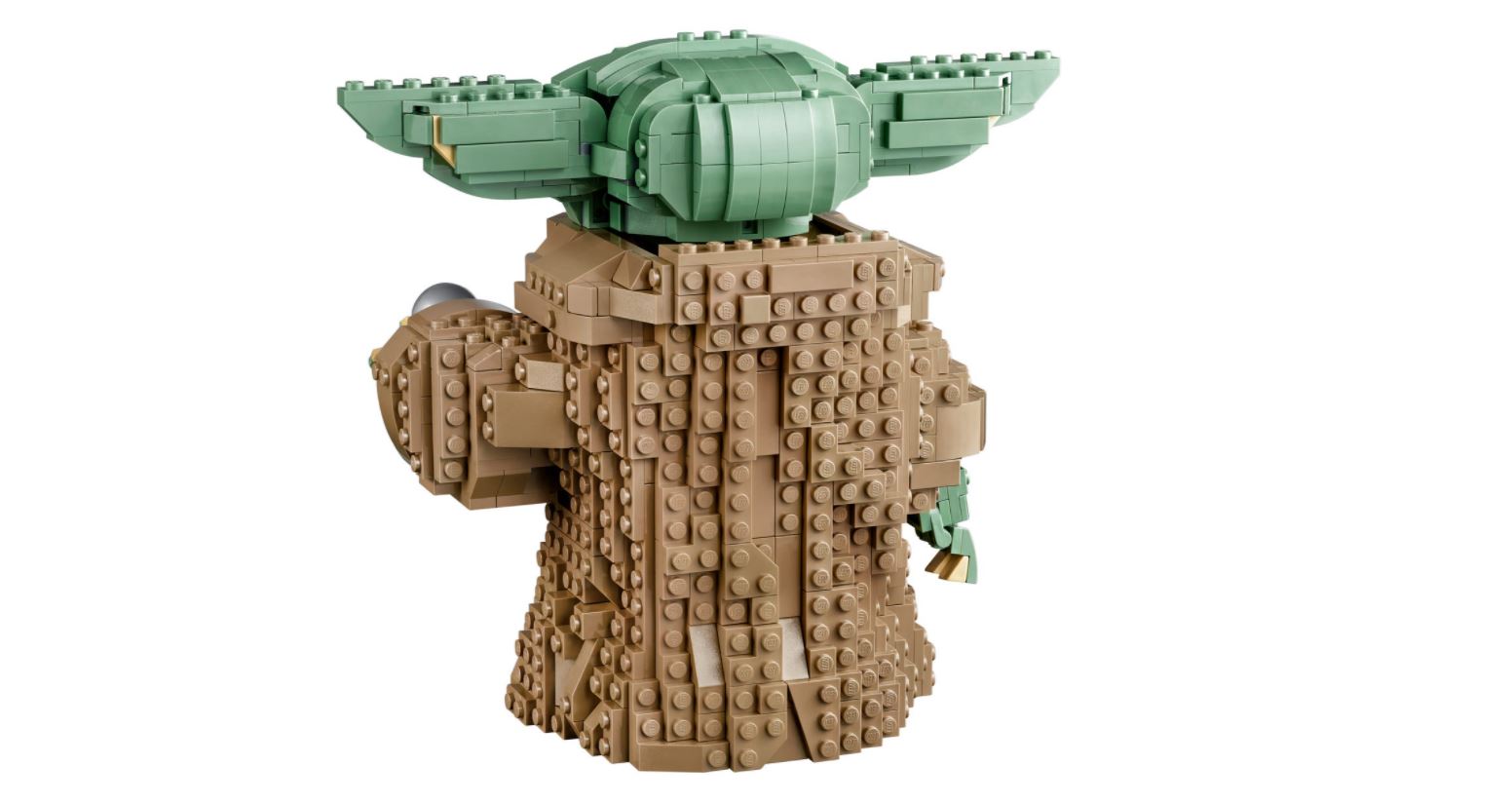 Despite its blocky nature, the model is readily apparent as baby Yoda, one that includes the gearshift knob that the future Jedi master likes to play with. The company suggests that the set is ideal for users ages 10 and up, stating that it includes ‘clear’ instructions on how to build the model; the set has 1,073 pieces and measures a notable 7.5-inches high when completed. 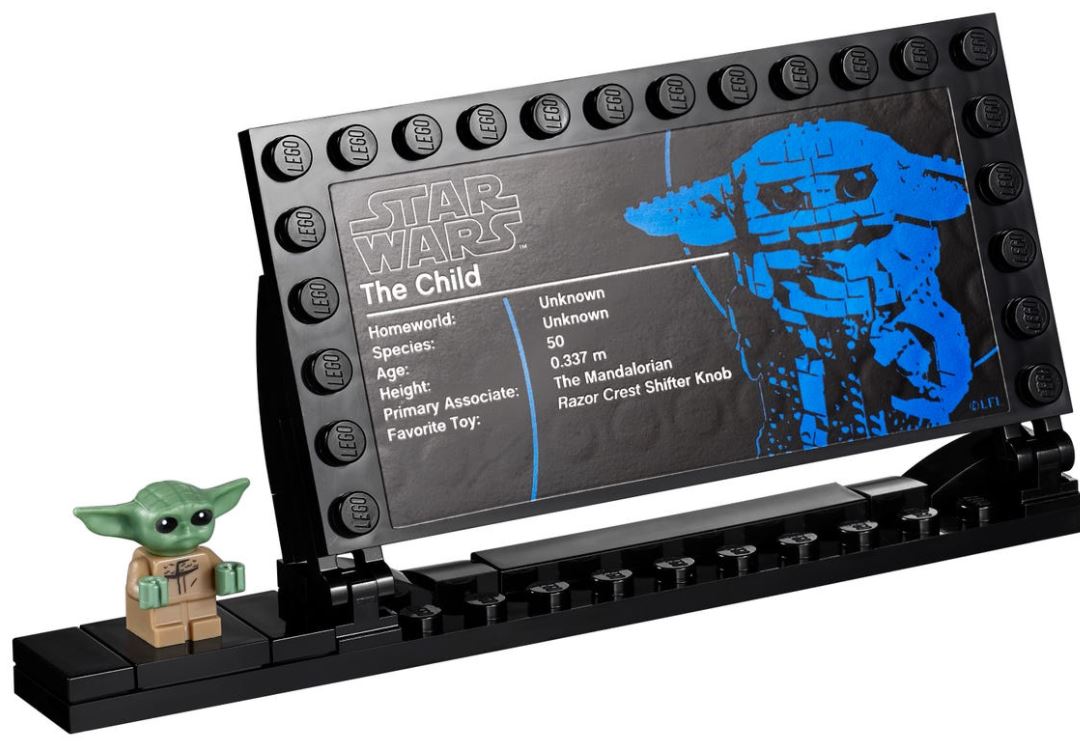 As the image above shows, the set also includes a plastic brick-themed plaque for the character, including its age, species, and other relevant character data. Ultimately, the company says this is a collectible set that has been tested to meet ‘the highest industry standard’ for a consistent, high-quality construction experience.

Star Wars fans can pre-order The Child now from Amazon, though the set is also listed on LEGO’s website and should be available to order directly from the company starting Friday; the price sits at $79.99 USD. The Child joins past LEGO Star Wars sets like Kylo Ren’s Shuttle, the Resistance I-TS Transport, a far less adorable Yoda figure, The Razor Crest, and more.