Over the past week we’ve been building the LEGO Porsche 911 GT3 RS, a masterpiece in top-level building-blocks construction. This set is 2,704 pieces large, and it’s going to take you a few hours to construct, regardless of your skill level. This is the sort of set you put together in your spare moments – or something you spend an entire weekend on. Either way, you’ll find this vehicle ending up filling up your desk at 6” (17cm) high, 22” (57cm) long and 9” (25cm) wide.

Welcome to Father’s Day. Or a rather late Mother’s Day. Either way, you’re looking at the ideal gift for any lover of fine vehicles, especially if they like the idea of building said cars from the ground up.

Building this vehicle with LEGO Technic pieces over the course of several days gave me a greater appreciation for the intense scrutiny with which every single piece is placed. This does not feel like Jabba’s Sail Barge or even the much more massive MetalBeard’s Sea Cow. This set is no longer just a toy. 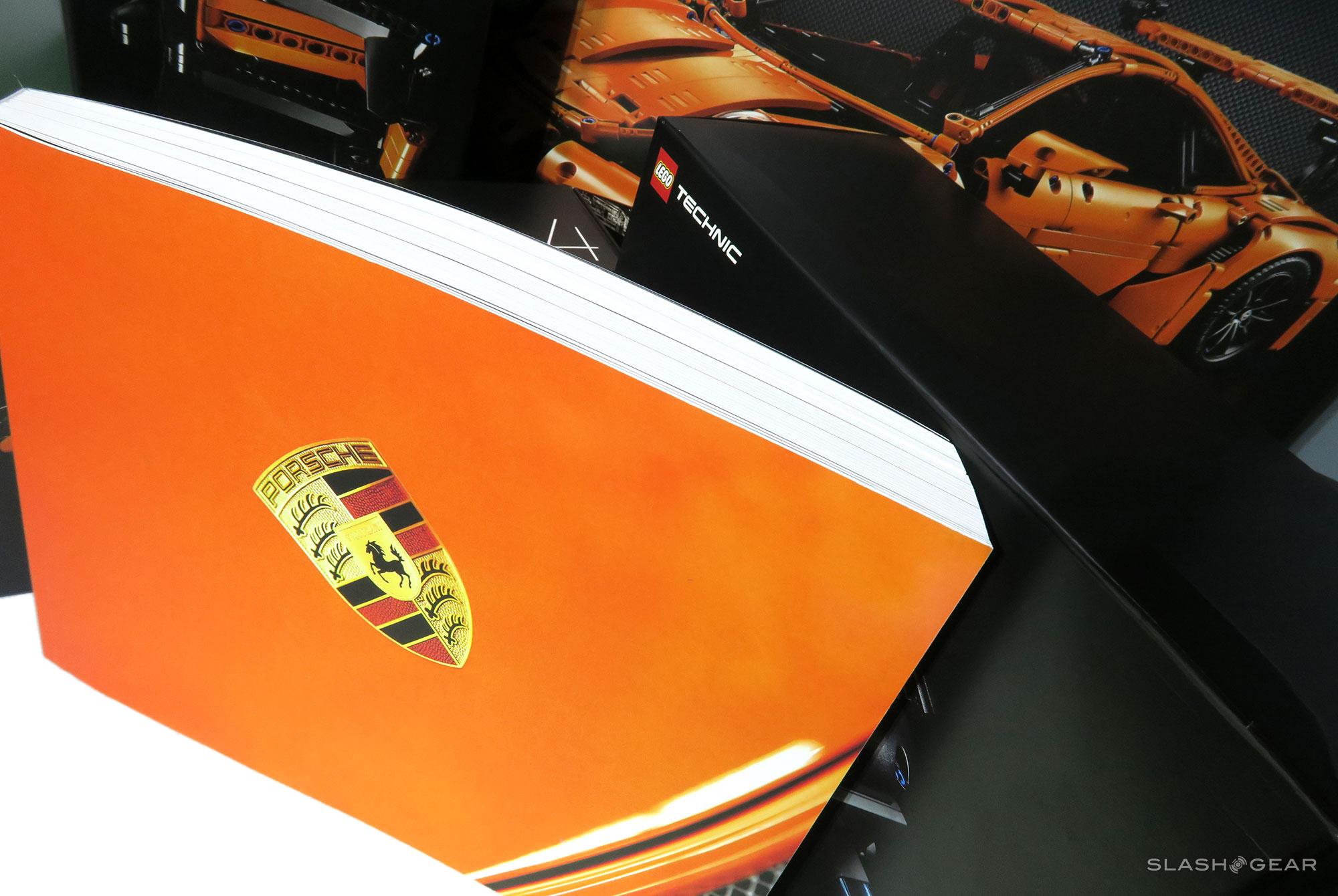 Instead, the LEGO Porsche 911 GT3 RS is a masterpiece of design engineering and graphic design. Not only in the work put into the model itself, but the box it comes in. LEGO and Porsche let loose nothing less than their best with this build.

Just as impressive as the box is the novel this set comes with. While you might recognize the pages as LEGO instructions, the introduction and in-between chapters tell the story of the vehicle and the set, as well as the process LEGO went through with Porsche AG to make this model a reality. 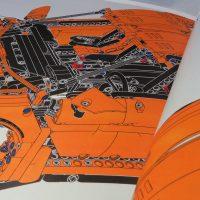 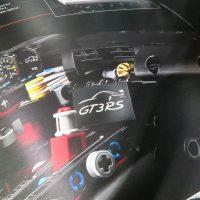 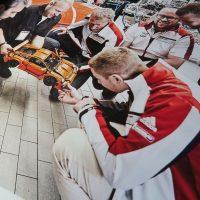 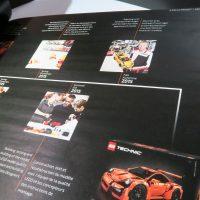 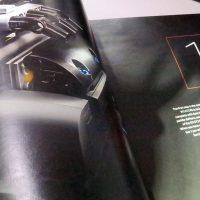 This set was designed by LEGO’s Andrew Woodman and Uwe Wabra. 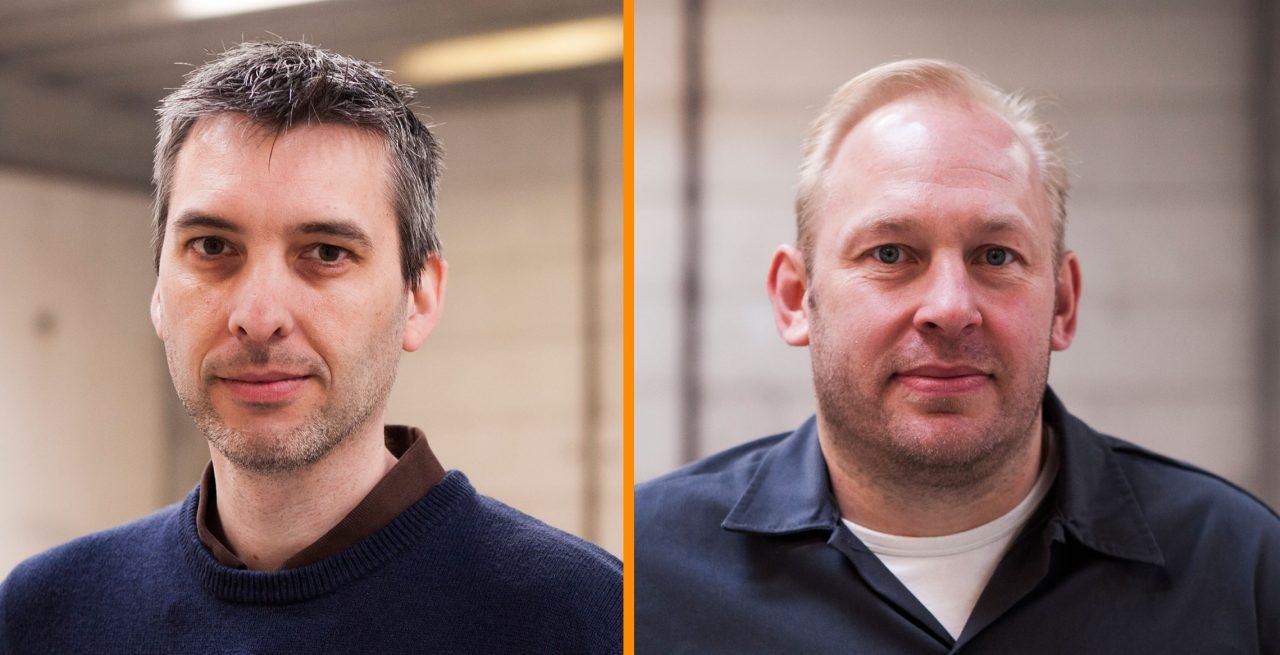 “When we started our initial drafts in 2013,” said Wabra, “the Porsche 911 GT3 RS project remained top secret. Therefore I had to build the first LEGO version using photos of the camouflaged prototype of the original from the internet. The first LEGO prototype was ready in a matter of weeks.”

“We presented the result of the first model to the design team of the 911 GT3 RS at Porsche and discussed the basic technical functionalities as well as the shape of the body,” said Woodman. 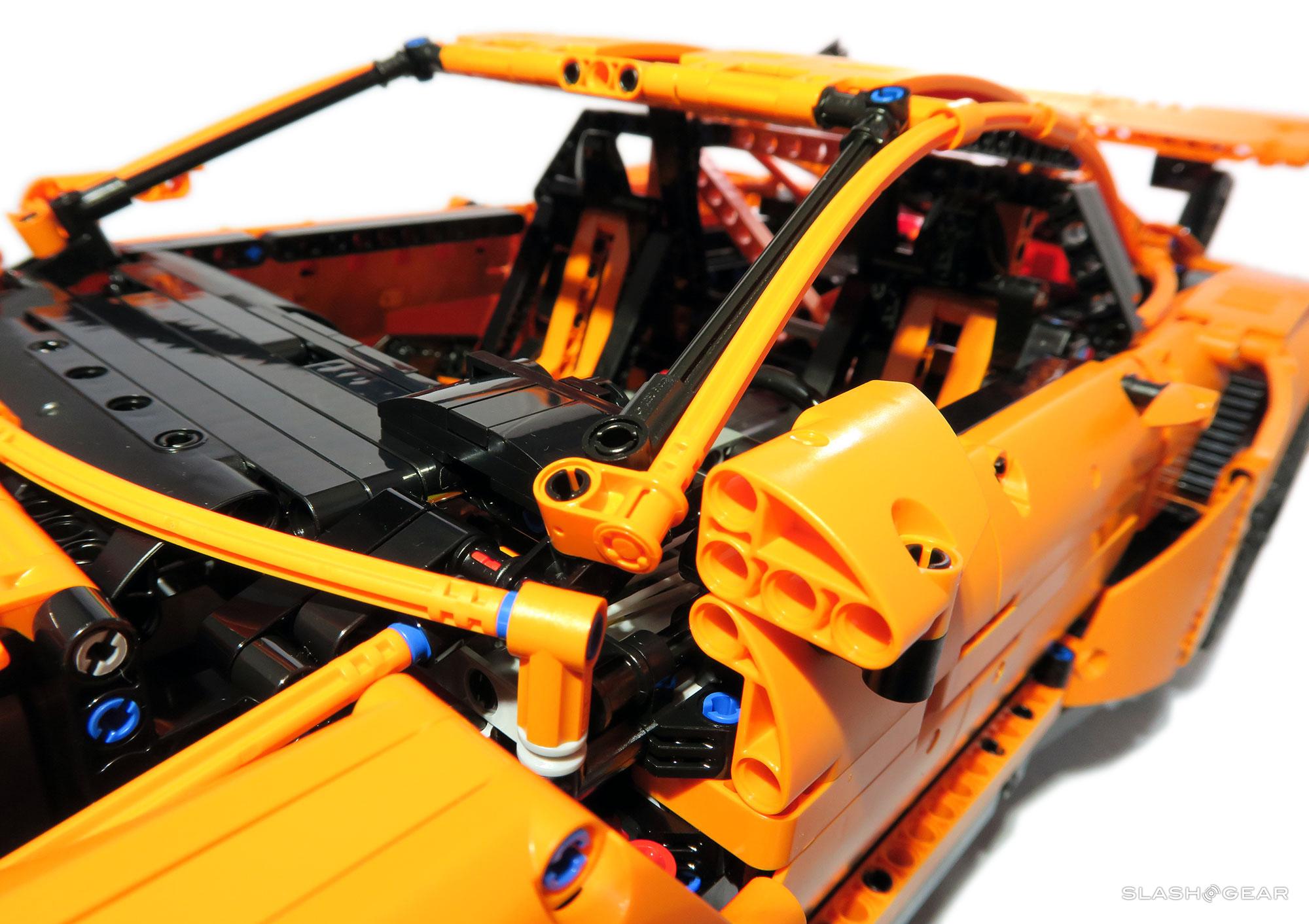 “On the basis of this feedback we designed the next model and simultaneously started with the development of the wheels rims which are an important part of the legendary design of the car. Afterwards we visited the Porsche Development Center in Weissach as well as the Porsche GT workshop area. During intensive working phases we worked out the elements and details of the car and perfected them.”

“The final step was the approval by Porsche.” 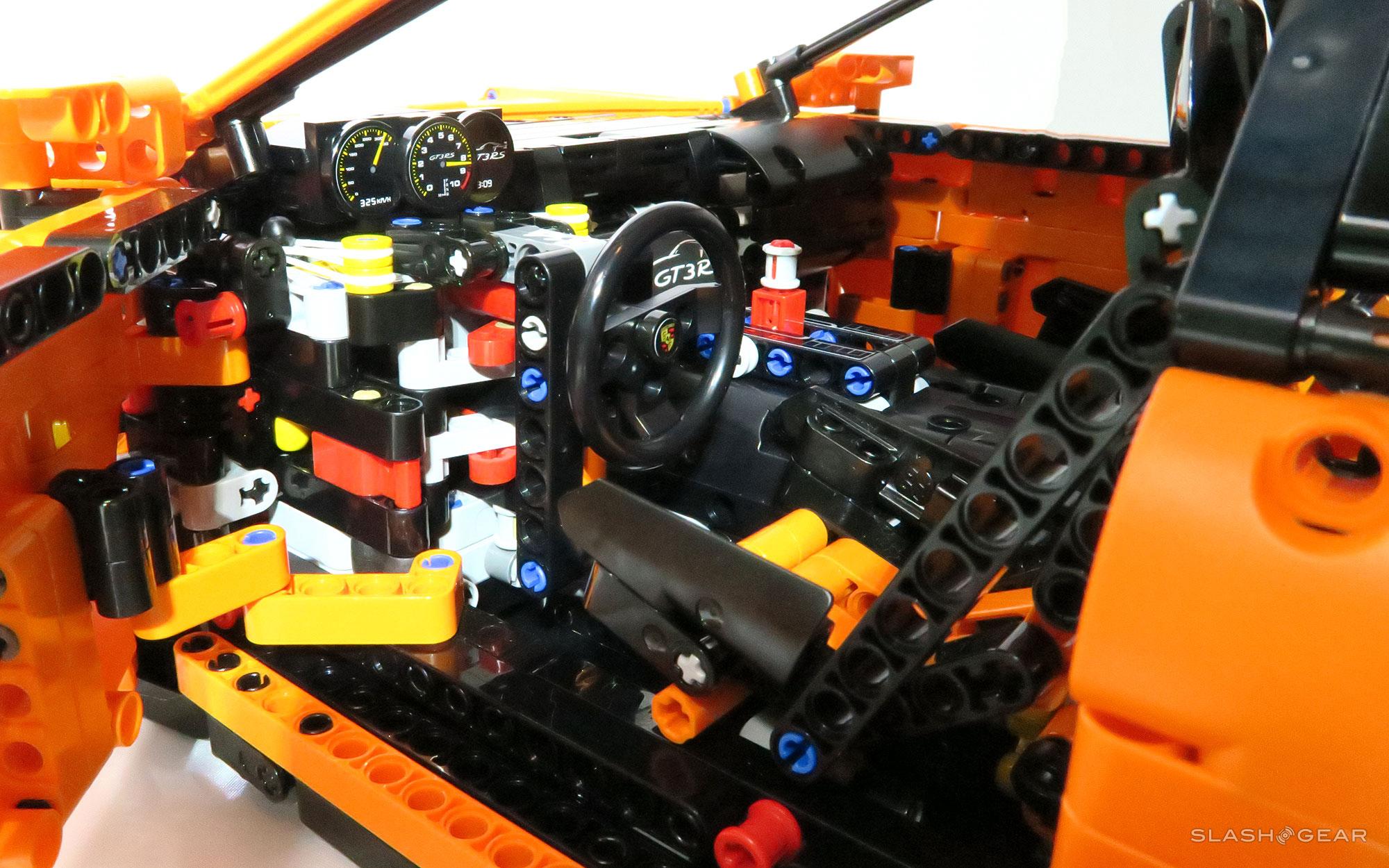 This vehicle is not just made from off-the-shelf LEGO parts.

You’ll find a number of pieces made custom for this project – including pieces in the rims and a unique piece with serial number for each individual car – almost as if each vehicle had its own VIN number. 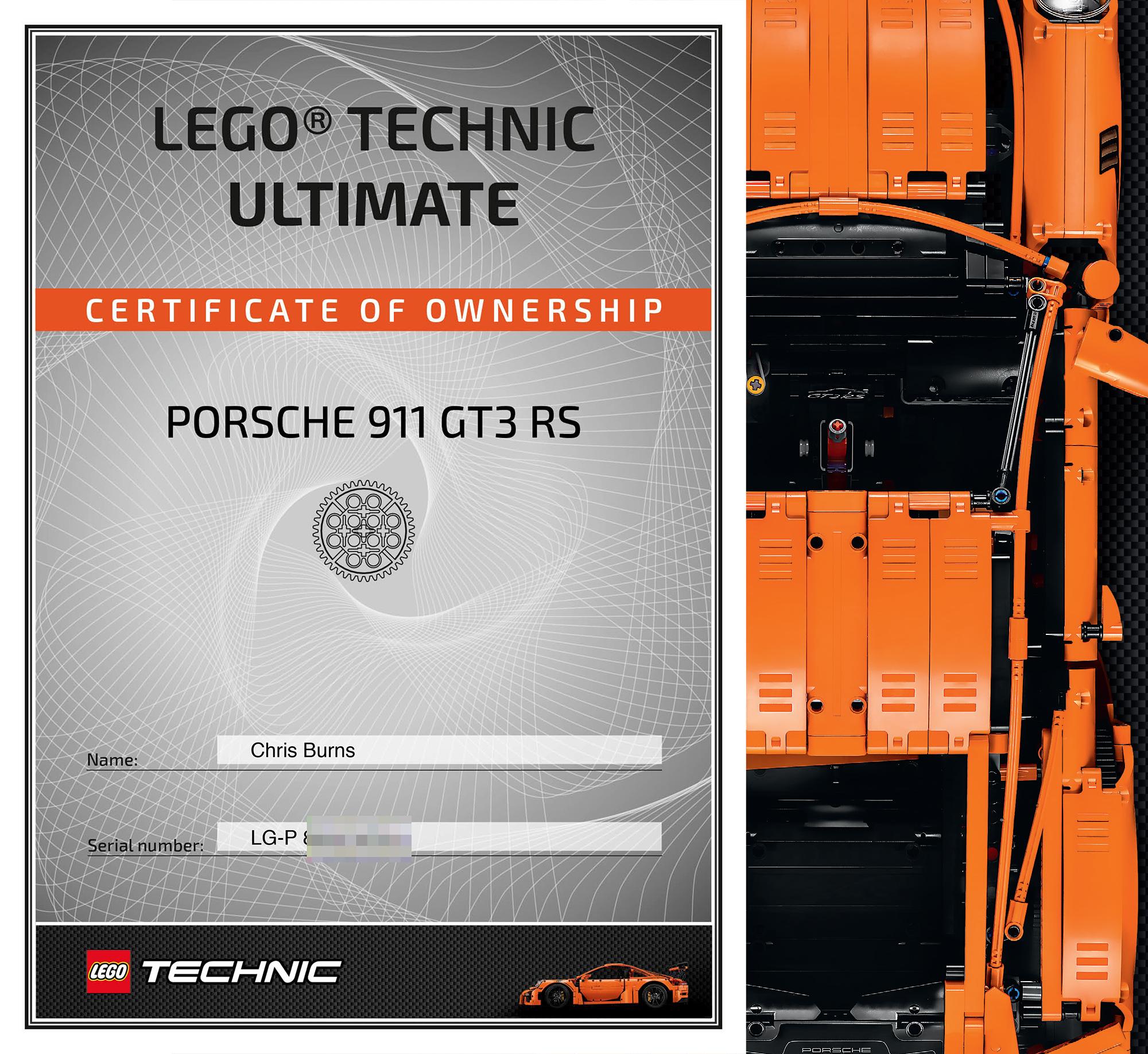 Each serial number can be entered online with LEGO for a unique certificate of ownership (which you can print yourself) and a series of LEGO Technic Porsche 911 GT3 RS wallpapers.

Above you’ll see the certificate itself alongside one of the many wallpapers (a clipping of one, that is). 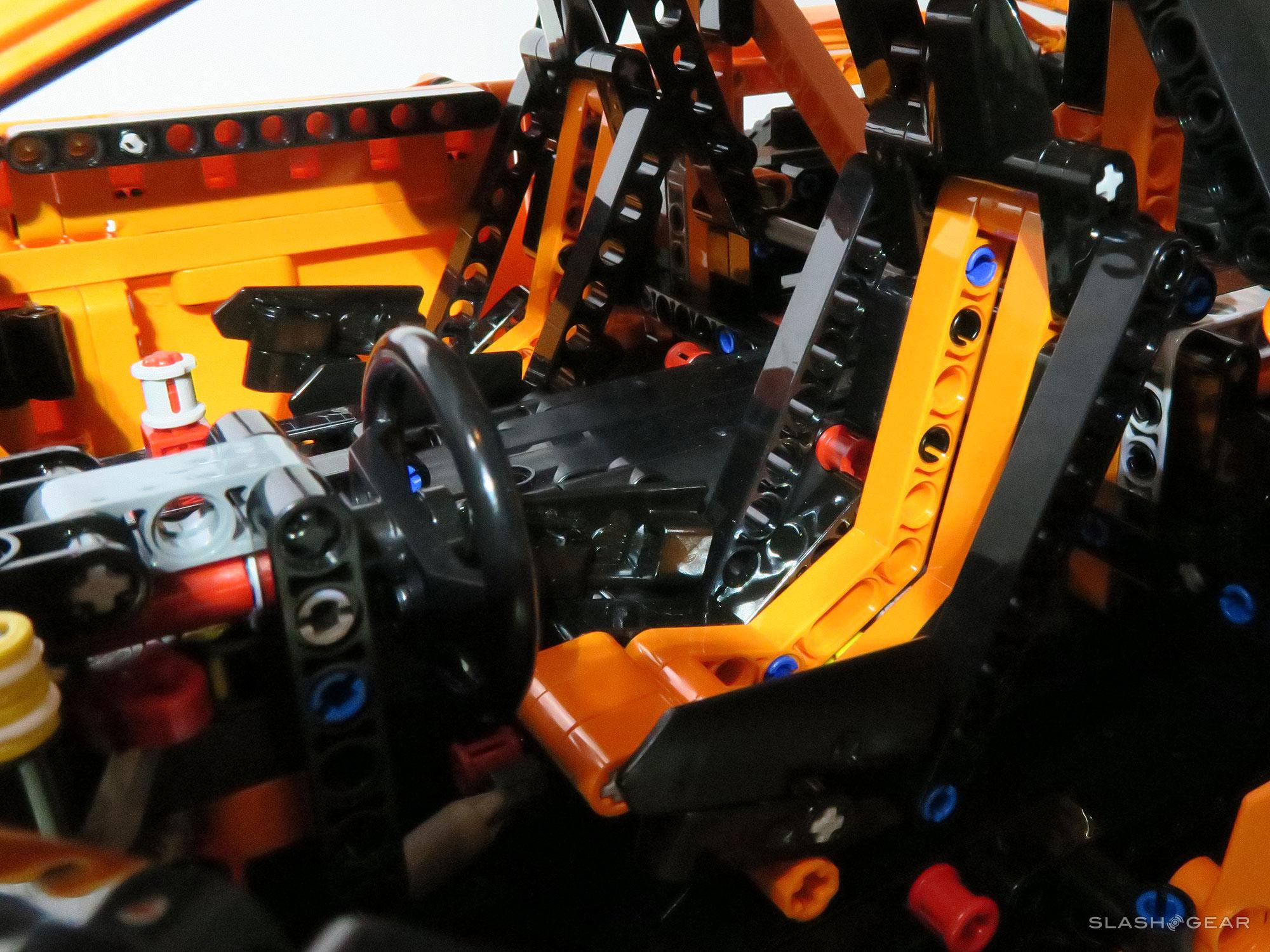 “One of the biggest challenges for us laid in designing an element that works on the 911 GT3 RS, but also in general with all others LEGO Technic elements,” said Woodman.

“Furthermore something that could work in our system for years to come.” 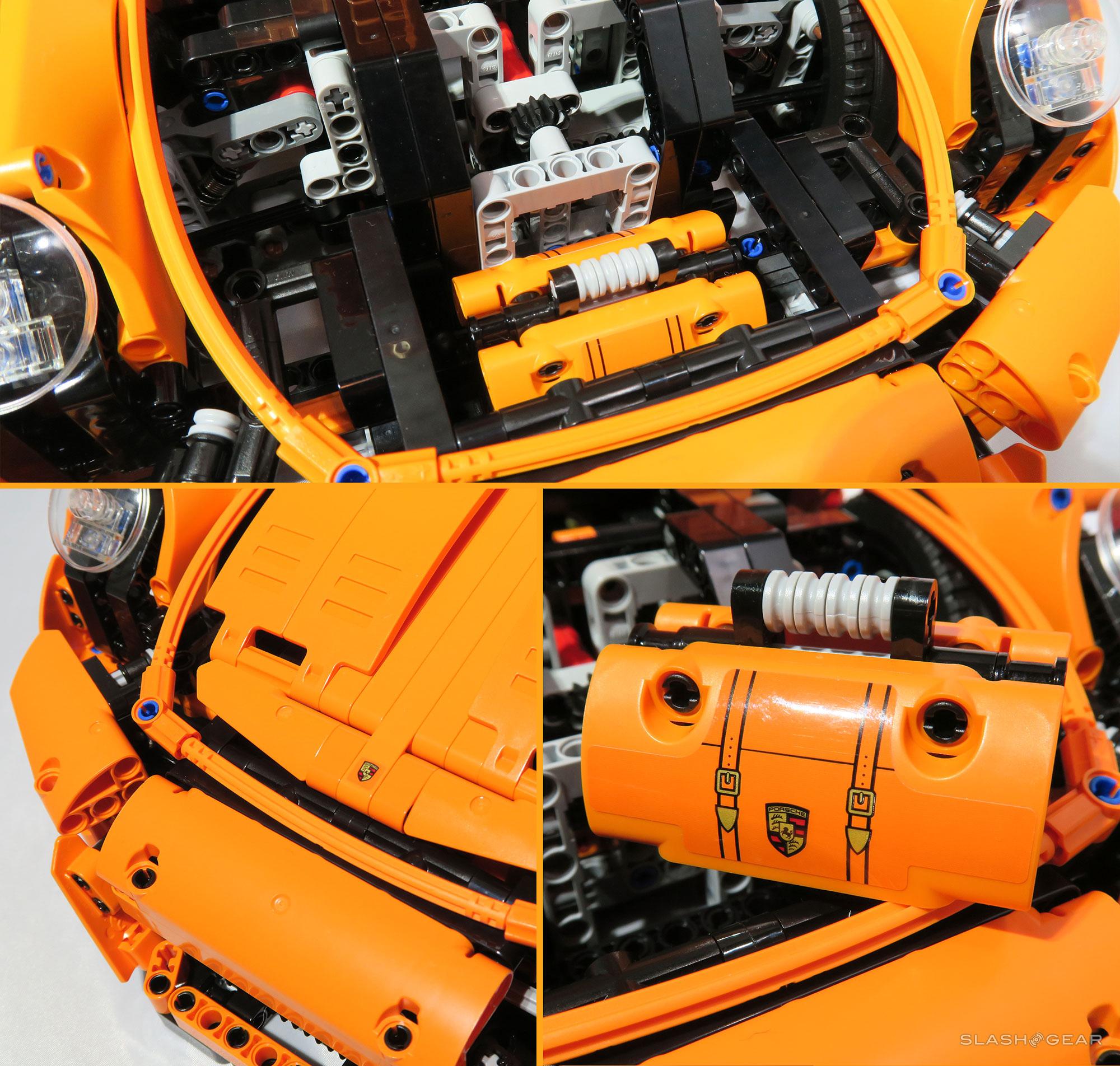 “It was important to integrate as many of the advanced technical functionalities from the real 911 GT3 RS as we could,” said Wabra.

“The steering and suspension were difficult enough, but our biggest challenge was the creation of the functioning double-clutch transmission with gearshift paddles.” 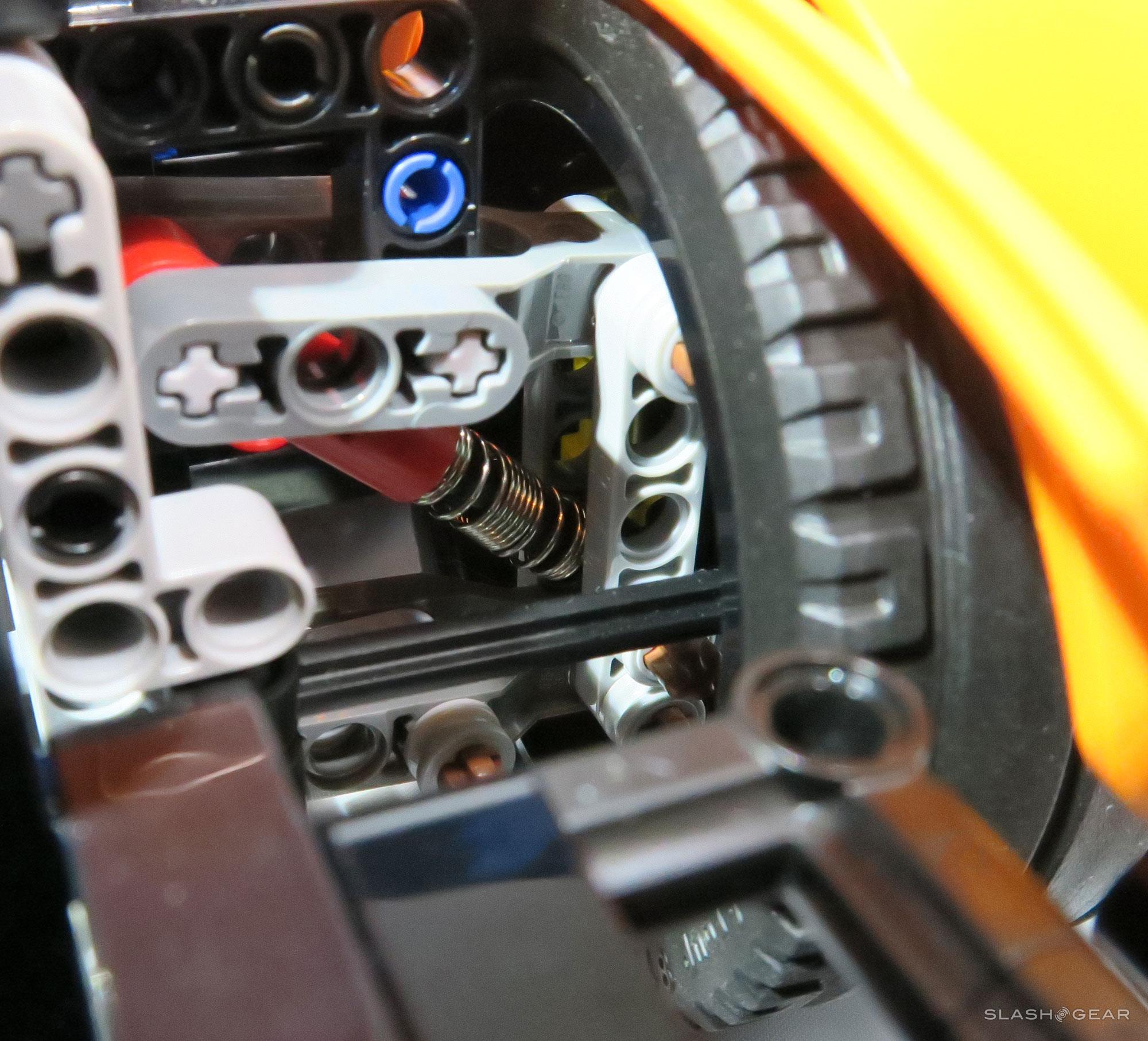 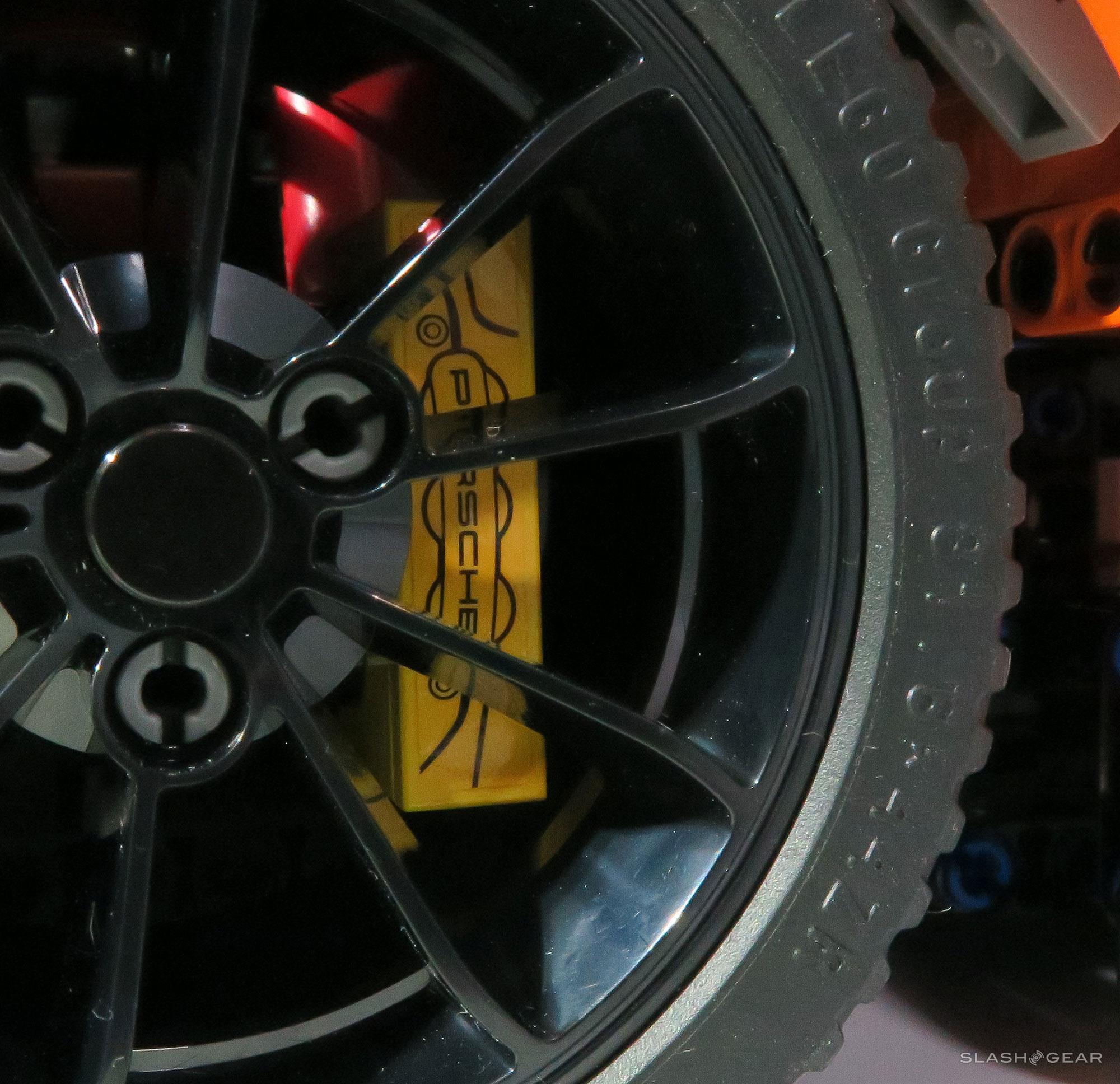 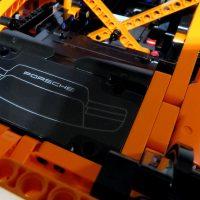 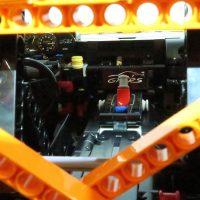 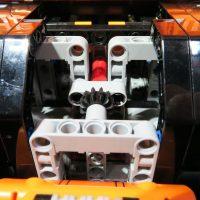 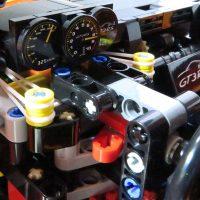 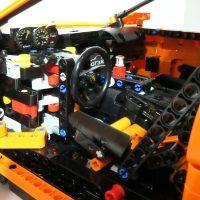 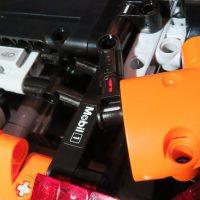 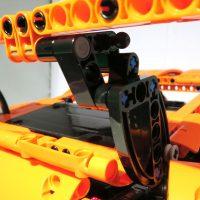 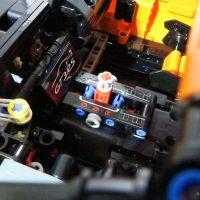 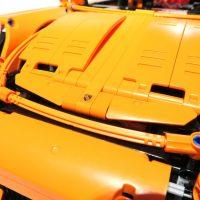 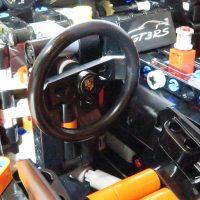 Needless to say, the final product – and building the model – is extremely rewarding for the builder.

Though this piece of art was just released, you may end up having trouble finding it for sale anywhere other than 3rd-party retailers. As we publish this review, the LEGO Store online suggests that the car is “Temporarily out of stock” – which could mean that it’s just not quite up to speed for sales yet, or that it really, truly isn’t available because the lot has sold out. 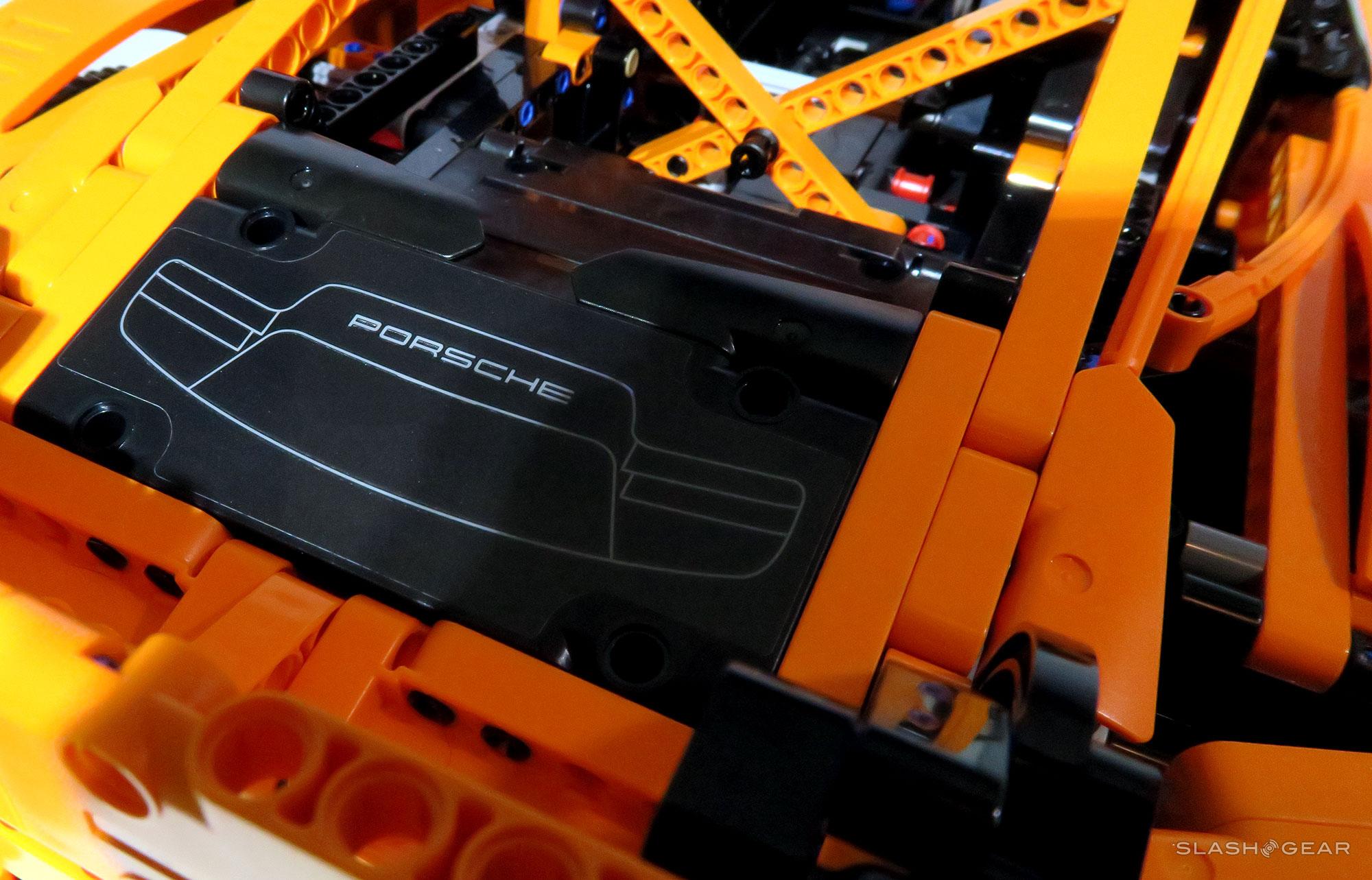 According to LEGO: “We have experienced delays in shipping the Porsche and are working tirelessly to correct the issue. As always, our design team has focused on designing a premium product and we want to ensure that it arrives at your doorstep in premium condition.”

If you’re lucky, you’ll find it in a LEGO Store near you (in a physical store) or you’ll keep clicking the refresh button.