Procrastination and writing — two examples of the many things that have gone digital. Sometimes, though, you have to write by hand, and if you’re having to write by hand it is probably because you’re somewhere phones are banned. In that case, procrastination isn’t so easy anymore. You could stare into nothingness until you start seeing patterns or, with the new “Build-On Brick” pen, you could mindlessly rearrange the structure of your writing utensil.

The Build-On Brick pen, as you probably guessed from its cumbersome name, isn’t a LEGO product — it will, though, work with your existing LEGO bricks if the 36 included pieces aren’t enough for your masterpiece. When not being used as a play thing, the pen functions as an ordinary blue-ink pen. 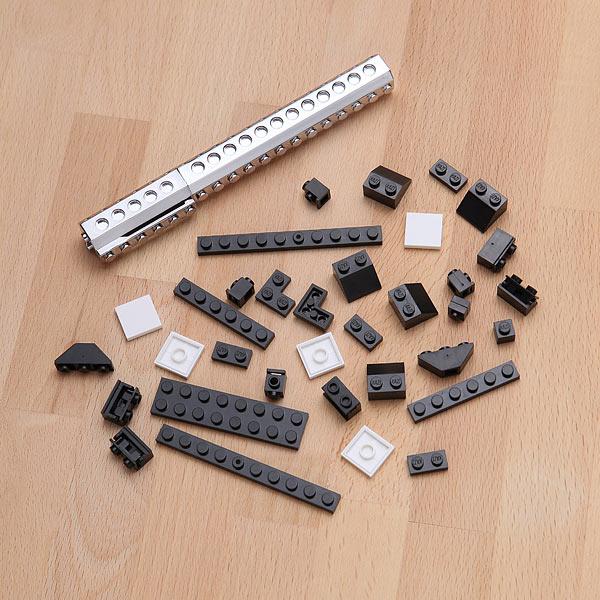 In addition to its LEGO compatibility, the pen works with PixelBlocks, Mega Bloks, K’NEX Bricks, and KRE-O blocks. It comes with a pocket clip for those times you’re feeling especially fancy, and instruction for using the 36 included pieces to craft your own blocky pen desk stand.

When the extra pieces aren’t in place, the pen features a shiny (plastics) chrome exterior — perfect for the boardroom, but still with a hint of anti-establishment style. The pen is available now through ThinkGeek for $19.99 USD.