Throughout the first half of this year, LEGO and Nintendo have been trickle releasing information about their new LEGO Super Mario sets. It turns out that Super Mario isn’t where LEGO and Nintendo’s team up ends, as the two companies today announced the LEGO Nintendo Entertainment System. As the name suggests, this new LEGO set will have you building an NES, its accompanying controller, and even a retro ’80s TV all out of LEGO bricks.

Looking at the pictures LEGO shared today, it seems like this is a complex kit meant first for adults. LEGO says the NES at the center of this kit will be “mechanically functional,” which means that the controller will connect via a cable and plug. The cartridge slot will actually open and lock in place as well, just as it would when you insert a cartridge on a real NES (unfortunately, this LEGO NES can’t play your retro NES game collection).

The LEGO TV you’ll be building in this kit might be the most impressive part of the whole thing. The scrolling screen (which is controlled by a crank on side) will feature a flat 8-bit Mario figure, and the kit even comes with an action block that’s readable by LEGO Super Mario. So, if you’re planning to pick up the Super Mario Starter Set, the Mario figure that’s included with it will be able to react to the enemies and obstacles displayed on this retro LEGO TV. 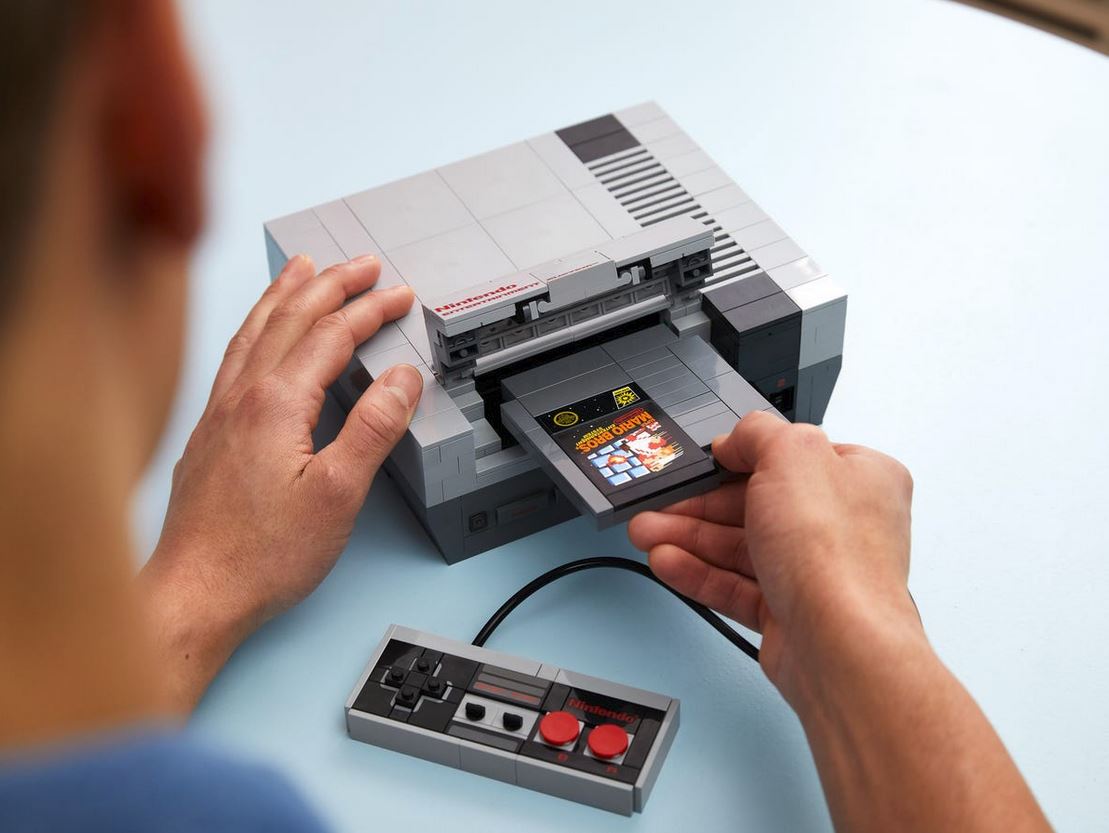 The LEGO NES set clocks in at a whopping 2,646 pieces, so this build will definitely take you a while to get through. Just as well, LEGO has rated it for ages 18 and up, which suggests that it’s probably too complex for young children to handle.

The LEGO NES set is launching on August 1st, 2020 – the same day all of the LEGO Super Mario sets are launching. It’ll be available first at LEGO retail stores and LEGO’s website before launching at other retailers at some point in 2021. If you’re planning on picking up this set, get ready to plop down some cash, because it’ll set you back $229.99.