There’s a new brick (actually several new parts, but one key brick) in the new LEGO Eductation SPIKE Prime set. The LEGO Education SPIKE Prime Set was released today as the 2020/2021 school season begins, ready to roll for STEAM, coding, and all sorts of LEGO robot adventures. And there’ll be new LEGO elements! The brick I’m most excited about here is the “Integrator Brick” (with cross axle). UPDATE: New resources were launched for educators and parents for students this season!

UPDATE: New training lessons for schools will appear at LEGO Education for the fall season. This will include a brand new new SPIKE Prime Training Trackers unit, too! If you’re an Educator or a Parent facilitating a student from home, take a peek at the new class management portal at LEGO, too. The original article continues below:

The LEGO Education Spike Prime Set was made for 2 student teams, includes 528 bricks, and is the most updated, ready to roll, powerful STEAM learning tool in the LEGO universe. It was made for grade 6-8 students and includes pathways to understanding text-based coding with Python. Also you can make it dance.

In the set you’ll find plenty of new elements, including new sizes for Technic Frames, a new Wheel Design, a new Ball and Castor, a “Biscuit”, a new “wire Clip”, a Technic Base Plate, and a slightly modified GEAR! 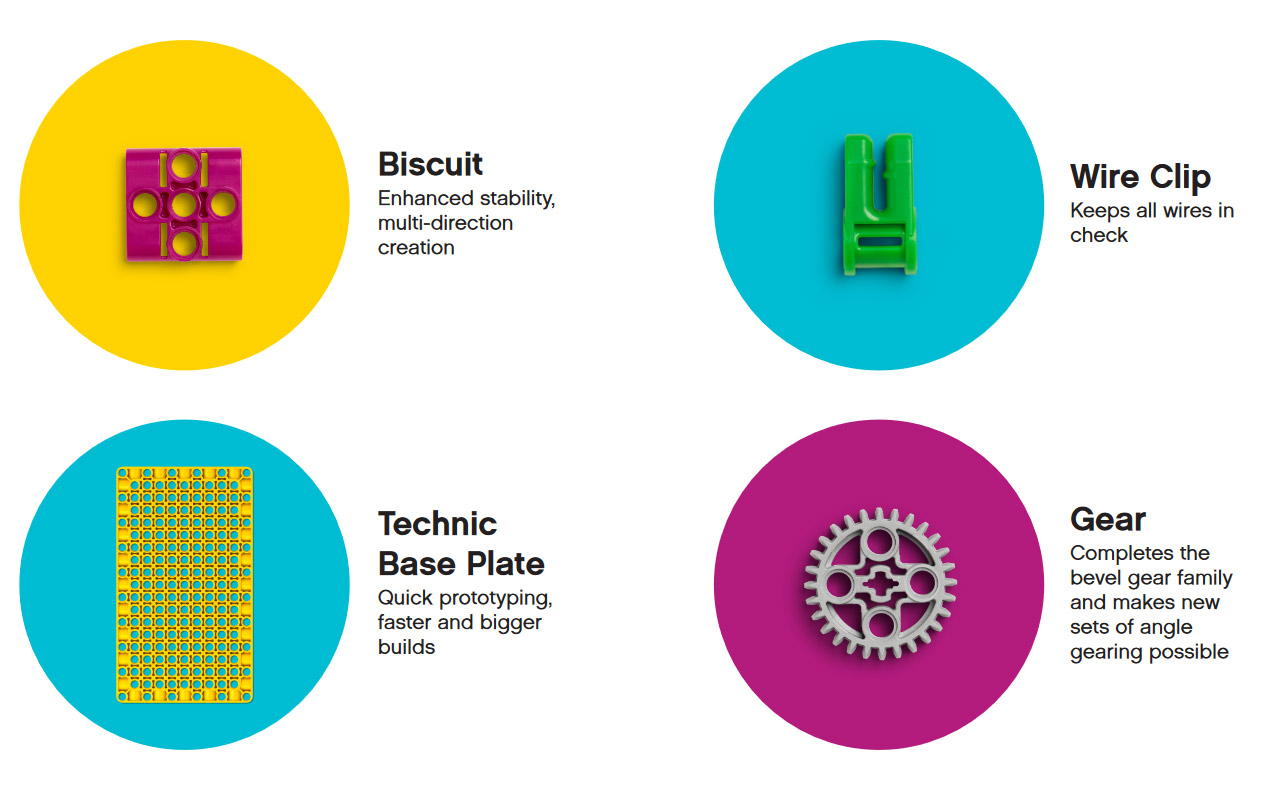 We’ve seen bricks LIKE this Integrator Brick before. There have been pretenders to the throne. But this looks a whole lot like it might be my new favorite. I’ll be using this for some really weird stuff, believe you me. 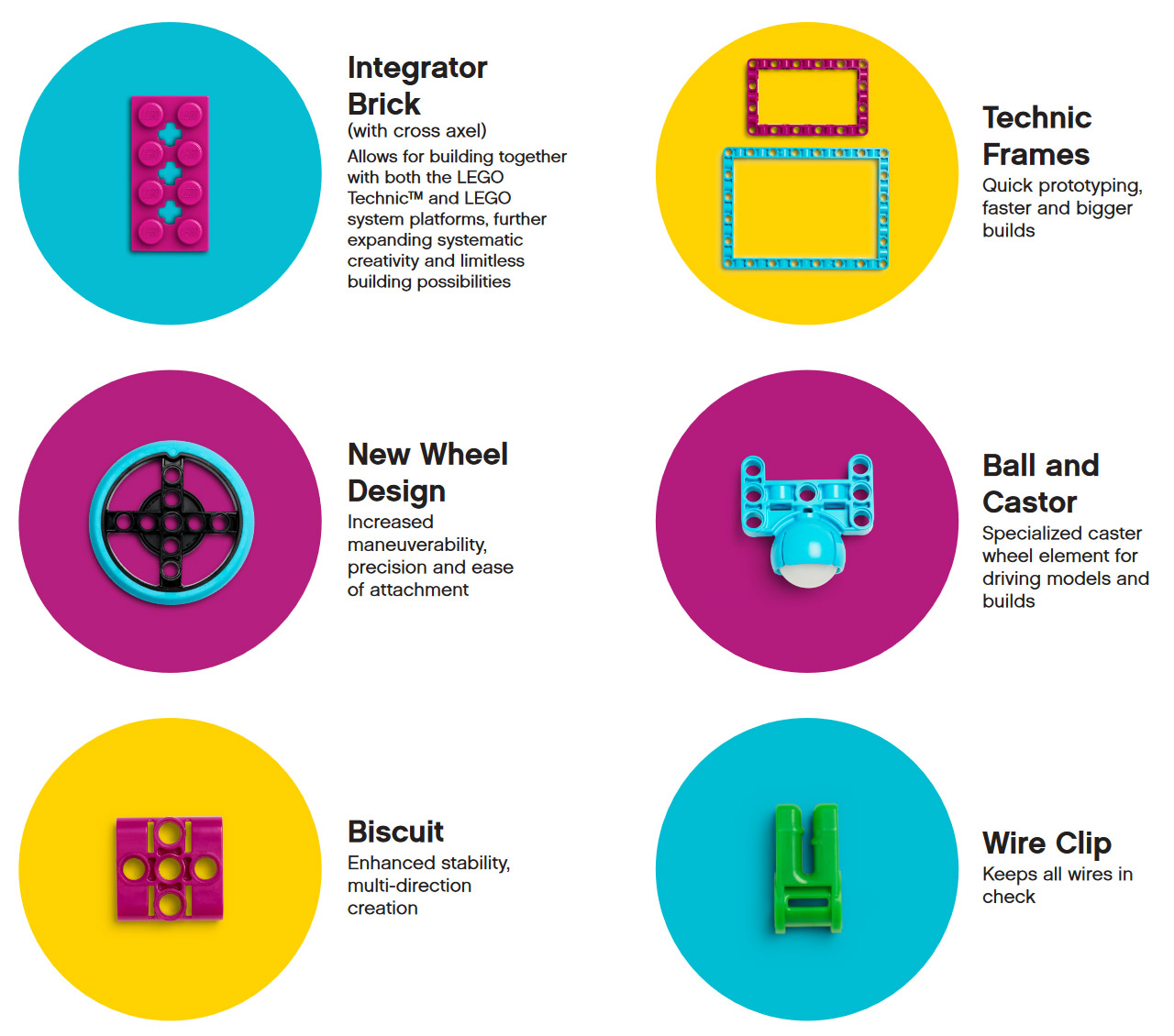 The rest of the stuff in the set can be seen in the video below. It’s going to be pretty radical!

If you’re planning on picking up the LEGO Education SPIKE Prime Set, you’ll be dropping $329.95 right out the gate. This set is meant for students, which means you might very well be an educator if you’re reading about the set in the first place. The pricing of the set is such that it COULD be for an everyday average consumer, or a parent, etc., but it’s meant for schools to utilize as a tool, too. 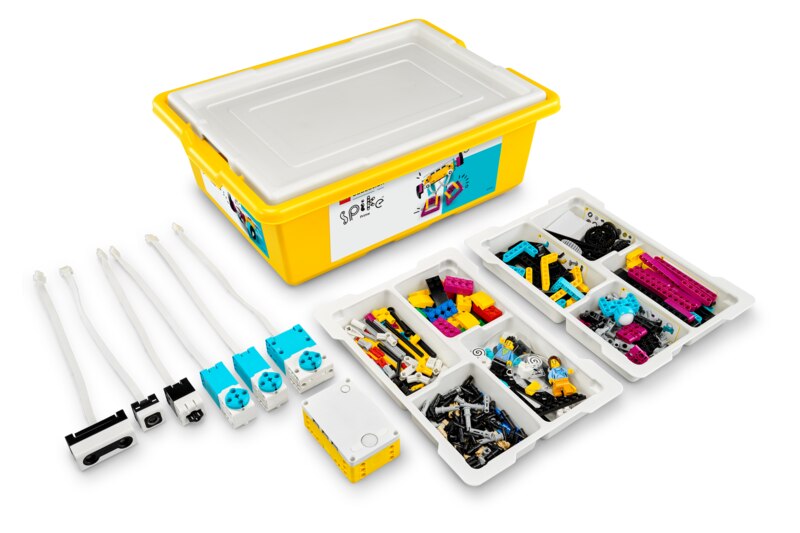