The Lego Batman Movie will be hitting theaters in less than a month, and to help promote it the Lego company teamed up with Chevrolet to take the film’s latest take on the Batmobile and build a life-size version of it out of — wait for it — (almost) nothing but plastic Lego bricks. While it may look like the latest Batman Lego set you can buy in stores in the photos shown here, it’s actually a 17-foot long, 1,700-pound replica made from just over 344,000 bricks.

All the weight from that huge number of bricks means Chevy had to go with an internal frame made from square tube aluminum. This frame has a weight of almost 283 pounds, while each of the Batmobile’s tires comes in at just over 100 pounds. 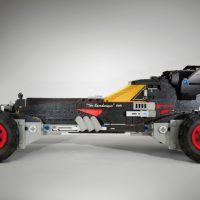 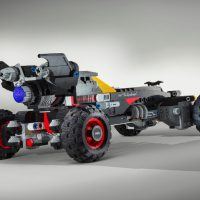 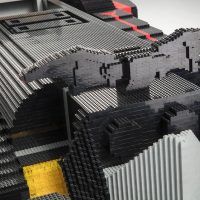 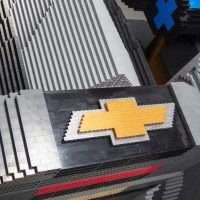 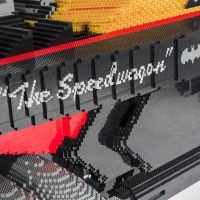 Once completed, the life-size take on the Lego Batmobile, or “Speedwagon” as it’s known in the new movie, measures 17 feet long, 9 feet wide, and just under 7 feet tall. It uses 17 different colors of Lego bricks, and it took Lego Master Builders 222 hours to design, with a build time of 1,833 hours.

There’s no word yet if Lego will actually release a reasonably sized set for this Batmobile, but the cross promotion deal with Chevy means there’s a new commercial from the car-maker’s “Real People, Not Actors” ad campaign featuring Lego Batman himself.