Leap Motion has announced a new music app that is available for the Mac user called Muse. The software is a music creation platform that allows users to create ambient music using hand gestures. Muse is the result of work from a musician called BT and Dr. Richard Boulanger from the Berklee College of Music. Muse does require a Leap Motion controller.

With the motion controller plugged in and the Muse app running, all you need to do is move your hands and fingers in the air to turn motion into 3D input. Using that 3D input users can create all sorts of sounds from drums to layers of complicated chords and more. To use the software, the user hovers over the cubes on the screen to select them and then opens the fingers to play the sounds associated with those cubes. 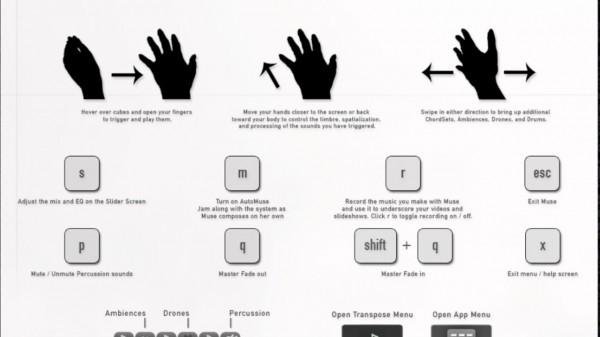 As you hover over the cubes, the timbre, reverb, echo, and other aspects of the music can be controlled by moving your hands closer to the screen. Muse also supports AutoMuse to create music on its own that you can play along with using gestures. Muse is available for Mac OS X 10.7 and later for $9.99.