Leaked Photo could be Galaxy S7 Edge Plus

A new photograph has turned up on the web that claims to show a curved screen version of the Samsung Galaxy S7. The rumor contends that the image of of the Galaxy S7 Edge Plus smartphone. It’s hard to see much curve at all in the image so salt is needed.

Previous rumors hinted that Samsung might be getting S7 devices with flat screens and curved screens ready to launch. The photos is only of the screen and is cropped in a way where we see not quite all of the top of the screen and only a hint of the home button. 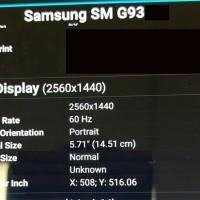 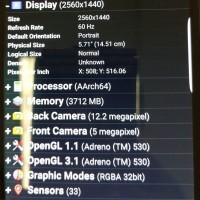 What the screen shows are a few specs of the device including a screen with 2560 x 1440 resolution measuring 5.71-inches. The processor is a Qualcomm Snapdragon 820 mated with 4GB of RAM. The front camera is 5MP and the rear is 12.2MP.

Past rumors have suggested that Samsung was working on a 12MP camera that has a sensor that is larger than the sensor in the 16MP cameras found in Samsung smartphones currently. The larger the sensor typically the better the image quality. Samsung is expected to get official with the new smartphones at MWC 2016 next month.