It’s time to celebrate – the Large Hadron Collider at CERN has re-started for the first time in over two years. What’s more – after two years of repairs and several months of re-commissioning, the LHC is ready to roll with record energy. Today’s live recording of events through CERN shows how it all went down, from the ramping of counter-rotating beams of protons to an energy level of 6.5 TeV to the start of data taking in this session, it’s all here today. Now starts the session at which an unprecedented amount of energy is run – 13 teraelectronvolts (13 TeV)!

It’s been since early in the year 2013 since the Large Hadron Collider has been shut down for repair and maintenance. Now the crew at CERN are ready to rev its engine once more, so to speak. 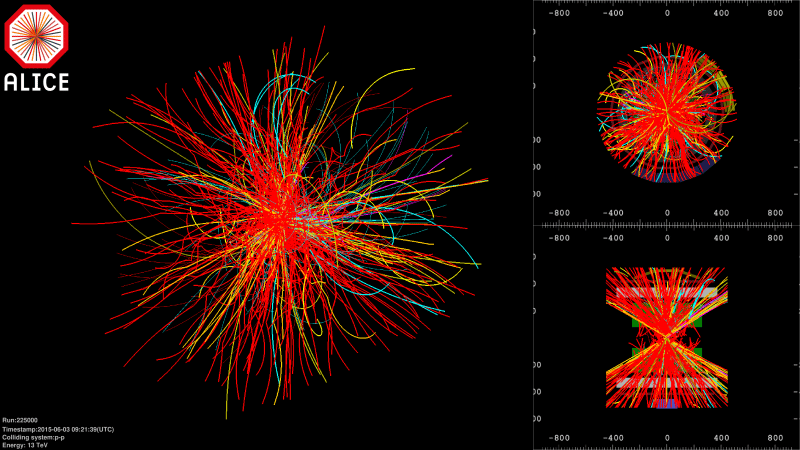 Above: “Protons collide in the ALICE detector at the record-breaking energy of 13 teraelectronvolts on June 3rd, 2015 (Image: ALICE)”

Just this past month, proton beams first started firing in the accelerator for the first time in two full years. The first beam reach a record energy of 6.5 TeV on the 10th of April. Soon after, the LHC broke energy records for particle acceleration with collisions at 13 TeV, on the 20th of May.

The big milestone was planned for today, the 3rd of June, when the crew would attempt to reach a point at which they could declare “stable beams.”

That marking point is a requirement – for all manner of experiments, from ALICE to ATLAS, CMS to LHCb, LHCf, MOEDAL, and TOTEM.

All of these experiments will be switched on in short order as stable beams are confirmed.

Below you’ll see an image screenshot by the folks at CERN and shared directly with you through the internet. This image was first posted in the CERN liveblog of today’s events.

Next you’ll see a larger image showing the relatively rudimentary nature of the interfaces this crew works with for displaying this monumental information. How ironic! 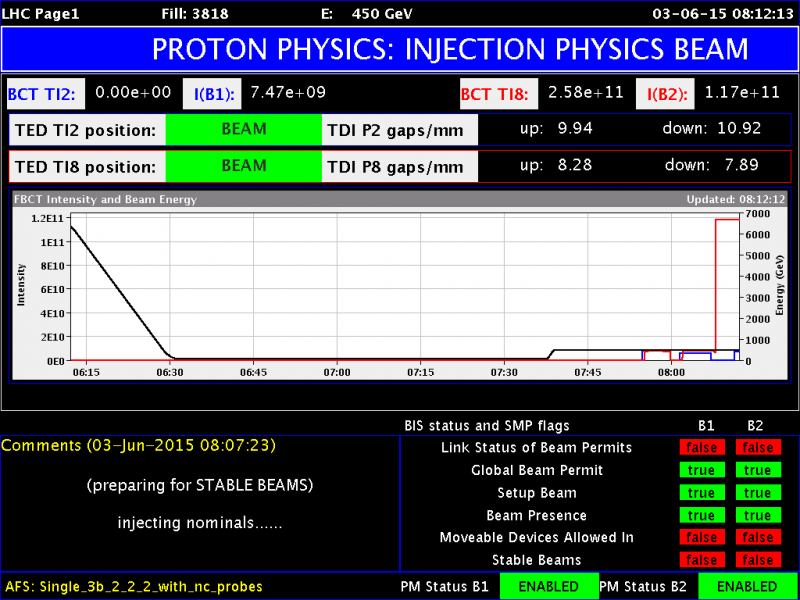 What you’re seeing next is the path the protons must take as they travel through the Large Hadron Collider. This video isn’t brand new, but it does show off exactly what’s happening in the machine as these experiments continue.

The photo you see below shows Laurette Ponce, LHC operator, working near a wide variety of displays the physicist crews are using this week to monitor and operate the machine as it begins its re-start.

This photo was taken by M. Brice for CERN. 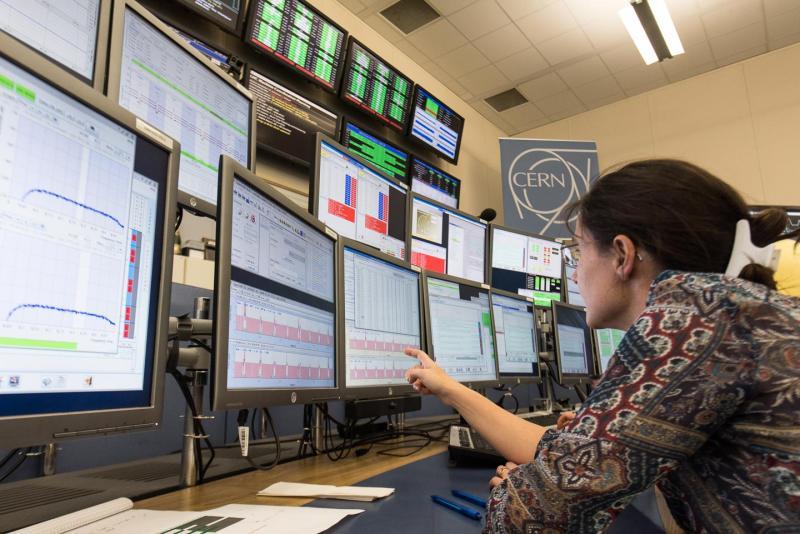 At 8:32 AM Pacific Time the LHC Operations team increased energy to both beams to 6.5 TeV and, by 8:47 AM it was clear that the beams had been sent (safely) to the “beam dump.”

Below you’ll see a few of the ATLAS experiment control room. 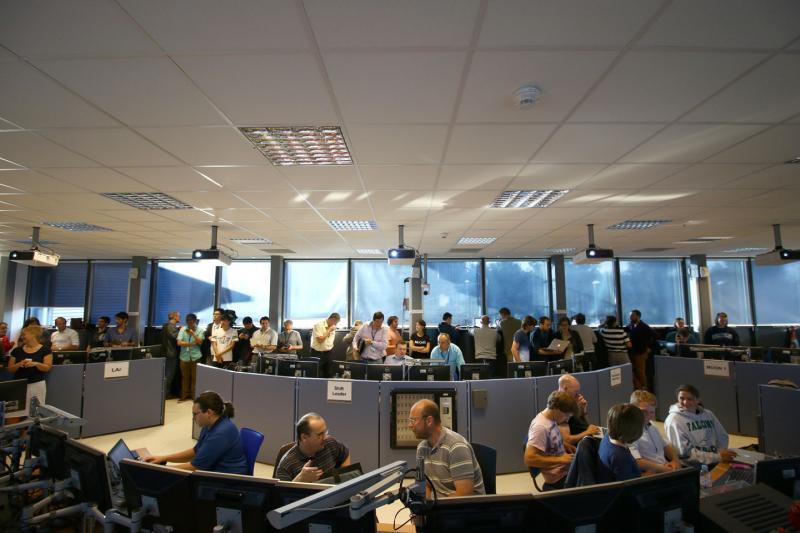 This photo was taken by Silvia Bondi for CERN.

Doctor Andre David at CERN spoke up at this point explaining how this first “dump” was all part of the process.

At 10AM Pacific Time beams were once again ramping, hitting nearly 5 TeV per beam. This is shown by the black beam on the graph you see here.

After a bit of squeezing of beams and a few adjustments, beams hit maximal energy, and the Operations team made their “final checks and refinements.” As CERN suggested, “The beam orbit is stabilized to ensure that the beams interact optimally to give the most physics data when they are brought into collision.”

At approximately 10:40 AM Pacific Time, the Large Hadron Collider and ALICE had collisions at 13 TeV. Once “stable beams” were declared a couple minutes later, experiments were able to “start taking data at the new energy frontier.”

Straight from the control room, above, you’ll see this highlights video filmed by CERN. 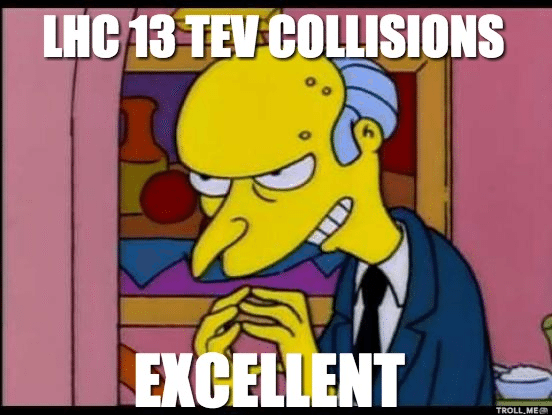 Dr. David returned at this point to give a big of Burnsian inspiration, as you’ll see above. See below for a timeline of events that’ve brought us to this point.