Purchasing Apple devices has always been as much about lifestyle choices as it is a technical one. Even when there might be better alternatives available, consumers still flock to Apple partly because of the strength of its brand. That holding power, however, might be fading in the laptop market. At least if LaptopMag is to be believed. According to its Best and Worst Laptops of 2017, Apple is no longer the top laptop, having fallen from grace from #1 to #5.

How do you gauge the strength of a brand as far as laptops are concerned? Short of doing a questionable survey, LaptopMag measures each brand’s performance in areas of features, customer support, design quality, and, of course, price. Those are the very things that Apple has been known for, which is how it managed to hold on to the top position for year. That is, until now. 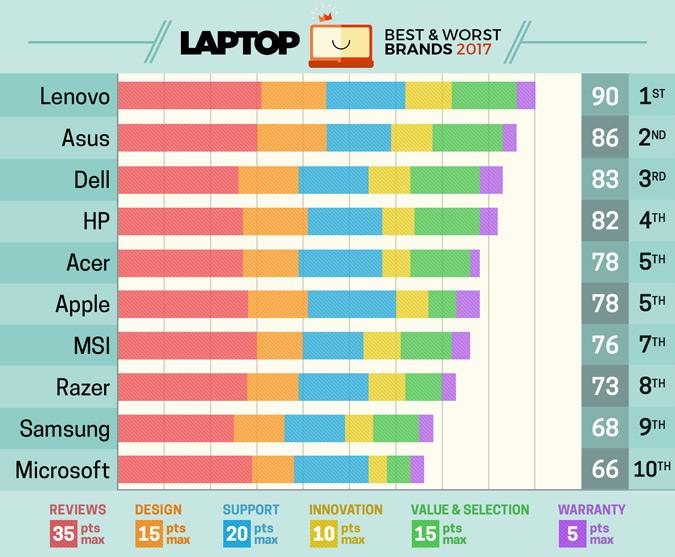 LaptopMag started its Best and Worst list in 2010 and, ever since then, Apple has held the number one spot. This year, however, it dropped to #5 and, to add insult to injury, is tied Acer. LaptopMag justifies this rating by saying how MacBooks have shown average performance not on par with their price. To make matters worst, at least for many, the latest MacBooks have either swapped traditional ports for Thunderbolt 3/USB-C or, in some cases, dropped them altogether.

As for the other OEMs, Lenovo now leads the pack after a terrible 2015, where it ended in 6th place. Despite that, Lenovo still remains the largest PC vendor in the world. Not far behind it is ASUS, who has, more or less, been consistent near the top of the list. It has swapped places with Dell, who has fallen behind. Acer, as mentioned, is tied with Apple at fifth, climbing up three spots. 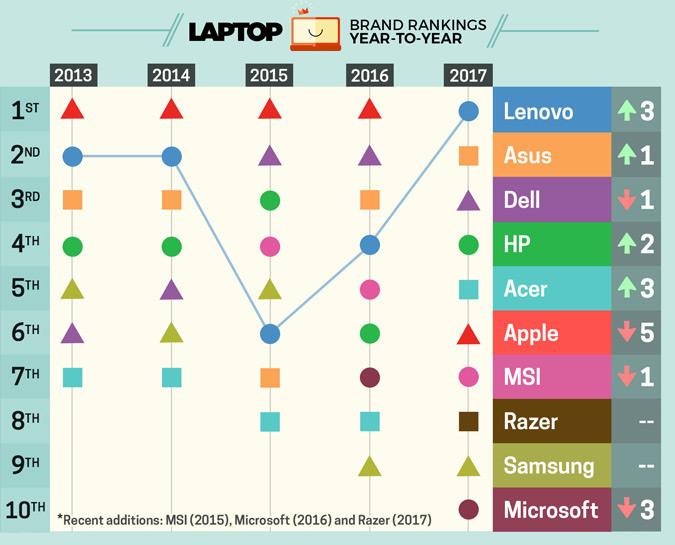 It’s also interesting to see Microsoft now at the lowest spot, after entering the list for the first time last year in 7th place. LaptopMag says that, during this time, Microsoft has not put out any new Surface Book, so it was practically competing against newer and more powerful devices.