LaCie has introduced the Little Big Disk Thunderbolt 2 here at CES 2014, something the company is hailing as the faster portable storage option presently available. As you may have guessed from the name, the LBD model uses Thunderbolt 2, which allows it to transfer speeds of up to 1375MB/s, outpacing USB 3.0 by quite a bit. As with some of the other design-centric products LaCie introduced today, the Little Big Disk also has a carefully-chosen design.

The LBD was designed by designer Neil Poulton, with the goal having been to create a cutting-edge look for the storage unit. Because of this, the device features an all-aluminum enclosure with a black finish, and the design itself has fins (or blades, depending on your perspective) along the sides and top port. The front is adorned with a blue spherical light, and the bottom has a flat base.

As far as specifications go, the Little Big Disk Thunderbolt 2 has the speed necessary for streaming and editing 4K video, as well as 3D video and other demanding content. There’s a couple 500GB PCIe Gen 2 SSDs in RAID 0, and efficient cooling due to the unit’s design, as well as a theroregulated fan. LaCie promises virtually no noise from the fan, and a setup that causes it to only turn on when needed. 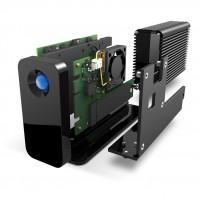 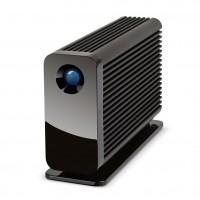 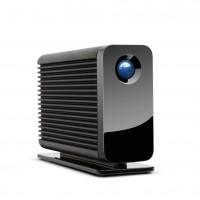 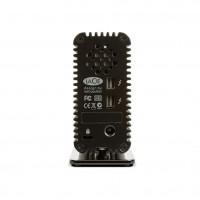 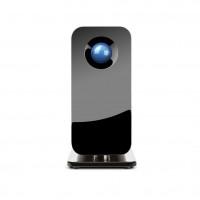 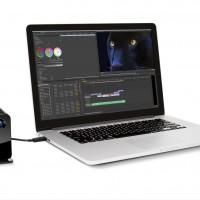 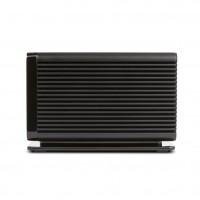