LaCie‘s newest storage solution supports an optional SSD upgrade, an option to boost speeds for those with more demanding needs. Dubbed the LaCie d2 Thunderbolt 2, this storage device features an aluminum unibody with a fan-less design and construction tasked with keeping vibrations as low as possible.

The d2 brings with it a Seagate 6TB 7200rpm drive offering speeds up to 220MB/s — these speeds can be increased by swapping in an optional SSD upgrade that LaCie says will boost speeds up to 1150MB/s. The SSD upgrade is sold separately, and is demonstrated in the video below.

There are a pair of Thunderbolt 2 ports, as well as USB 3.0, and, on the software side of things, LaCie’s Private-Public offering, which encrypts volumes with AES 256-bit encryption. The design itself is notable for several reasons, not the least of which is the vibration-eliminating construction.

The bottom of the drive features a rubber cushion studded with rubber feet to keep vibration low, as well as hard disk mounts designed to absorb vibrations. There’s a cable lock to keep cords in place, and no-fan construction to help keep the noise level low.

The drive launches later this month starting at $299 USD, with the 128GB SSD upgrade being priced at $299 and launch next month. 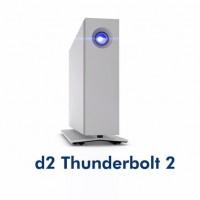 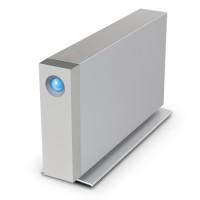 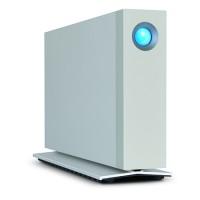 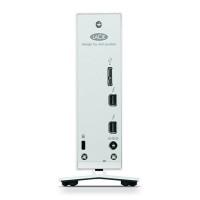 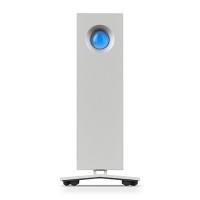 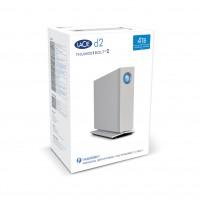