Kyocera has rolled to a new smartphone that is a Walmart exclusive and operates on the AT&T GoPhone network called the Hydro Air. That means the new device is designed for pre-paid no contract plans. The big feature of the Hydro Air is that the smartphone is waterproof and can survive full submersion in water. People prone to getting smartphones wet will want to pay attention to this device.

Kyocera says that the Hydro Air is IP57 rated making it good for up to 30 minutes of submersion in up to 1 meter of rater. That doesn’t mean you can use it for taking photos underwater though, Kyocera says that the device won’t operate under water and needs to be dried as quickly as possible. 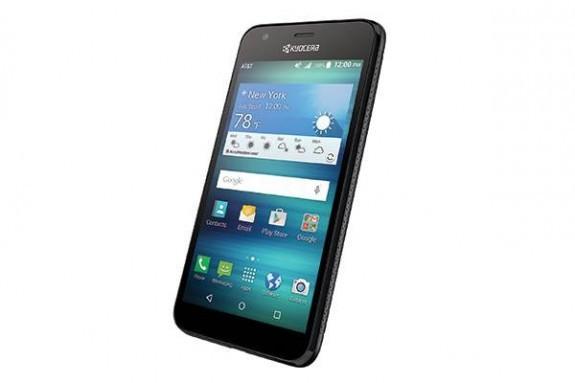 It’s also shock resistant being built to Military Standard 810G and the 5-inch screen is impact resistant. The chip is a Snapdragon quad-core running at 1.2GHz and the phone runs Android 5.1. Power comes from a 2300 mAh battery good for up to 15 hours of talk time per charge.

The 5-inch screen has 960 x 540 resolutions and the Snapdragon chip is paired with 1GB of RAM and 8GB of internal storage. The rear camera is a 5MP unit with the front offering 2MP resolution. A microSD card slot is integrated for storage expansion. Walmart offers the Hydro Air for $99.99 with no contract.