KFC had a food tray that was also a Bluetooth keyboard

Whoever said that fast food does nothing good for you should get ready to eat their words. And some KFC too. The German division of the food chain has unveiling a solution to the problem of typing on your smartphone or tablet with greasy fingers: a thin, flexible Bluetooth keyboard that comes on the tray under your food order. It’s called the KFC Tray Typer, and before you rush out to your nearest fried chicken fast food outlet, know that this has only been shown in Germany, and you can’t really get your hands — greasy or not — on one. Read on for the explanation.

The Tray Typer is a real thing that was created with real technology, but it was used as part of a KFC advertising campaign in Germany. The company that created the promotion, Serviceplan, says that when the keyboards were delivered to the restaurants during opening week, they were so popular that every one was taken home. Oops. 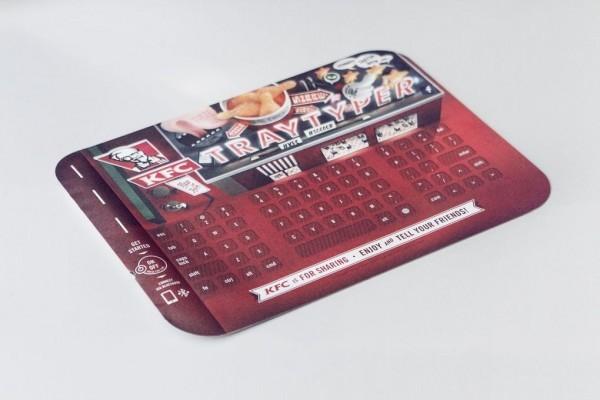 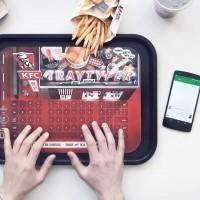 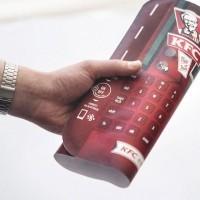 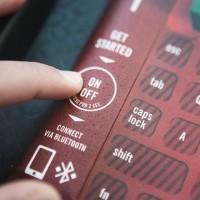 As you can tell from the images, the keyboards were thin and flexible enough to replace the thin paper that is usually placed on fast food trays to help keep them clean and absorb grease. They could connect with devices via Bluetooth, so they were wireless, as well as rechargeable.

Sadly, we’ll never know how useful the Tray Typer could’ve been, unless KFC decides to make more, and bring them stateside. But it’s easy to imagine how cool it would’ve been to keep texting from the food tray, assuming the keyboards could be wiped down after each use, all while keeping our screens free of chicken grease.

SOURCE Gute Werbung
VIA The Verge