Keep the Discs in my Xbox and PlayStation

The prognostication on the next generation of consoles has begun. Like Federal elections, it probably began the minute the last generation hit the market. No sooner does the Playstation 3 hit the market than spectators start wondering about the PlayStation 4. Did they expect Sony or Microsoft to roll over and play dead? Well, in the case of Sega, this may have actually happened. But while I enjoy a good product rumor as much as the next tech junkie, I think that it is not only too early to start discussing the next generation of console, it might even be dangerous for us, the players.

If you believe the rumors, and I do not believe the rumors, the next generation of at least one of the major gaming platforms will appear in 2013. Smart money would have an introduction at the Electronic Entertainment Expo, with sales starting in the holiday season. This is the normal pattern for consoles.

Of course these systems will be more powerful. Doubtless they will also have expanded media center features, as the race is on to create the next generation set-top-box-to-rule-them-all. Both Microsoft and Sony are shoring up their offerings in the mobile world (disclosure: in my day job I work for Samsung; we make Microsoft Windows Phones and compete directly with Sony Mobile). I would expect that the next Xbox and PlayStation consoles will have even more connectivity and interactivity with their respective mobile cousins. That’s the PS Vita for Sony, and Windows Phone / Windows 8 for Microsoft.

All of this sounds good so far. In fact, all of this sounds great. I’ve been using the PS Vita for a while, and it’s an awesome device for hardcore gamers. I love my Tegra-based tablet for casual gaming, but for games that require precise controls (read: tons of joysticks and buttons), the Vita does an excellent job.

I also like Windows 8 very much. Microsoft has proven its savvy as a convergence leader, and the company has finally shaken it’s image of being stodgy and non-creative. I suspect that was simply a holdover from too many folks being stuck on Windows XP for years longer than they should have been. But my favorite thing about Microsoft is that they don’t quit when they know they have something good.

The rumors lose me when they claim that next generation consoles will lack physical media. This would be a huge mistake. While I’m sure that most technology journalists covering the gaming beat have downloaded plenty of games and movies to their consoles,

The worst thing that could happen to the next generation of Sony PlayStation, Microsoft Xbox, and Nintendo Wii consoles would be launching in 2013 with no physical media support. I know that, at first, going media-free seems like the future for consoles. More and more laptops are appearing with no support for spinning plastic discs. Most people have probably stopped using a disc at home to watch their favorite movies and shows, as on demand and streaming services find a better foothold in the living room. But gaming presents its own special challenges. Even more, gaming presents some very good reasons why physical media is a necessary evil. 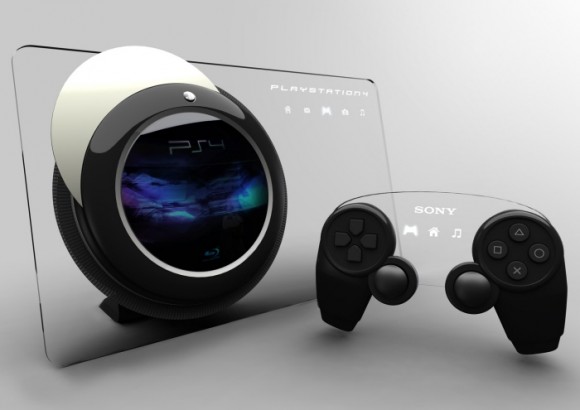 First, a reality check. Late last year, only an estimated 68% of U.S. households had a broadband connection. That means about 100,000,000 people in the U.S. have no broadband. And of those who do, I wonder how many spring for a connection that is actually useful for next generation broadband apps, like video chat, HD video on demand, and downloading massive gaming files.

Video games make for relatively economical entertainment. There’s an initial cost for the console, but console makers heavily subsidize this price, even at launch when the price is highest. So it’s a good deal. Then, games are often $60 each, but only when they are new. I know plenty of people who are still buying PS2 games, because they can be had for $10. Really, has a PS2 game lost so much of its fun in the years since its release? Then it probably wasn’t worth buying then, either.

So, a game console without a DVD or Blu-Ray drive would instantly limit its addressable market. But I have a fast Internet connection, and just enough disposable income that I’ll splurge on a new release, if it’s a title I’m hotly anticipating. A console without a drive would give me great pause.

[aquote]When a user runs out of space, then what? Delete them? Lose them forever?[/aquote]

There’s a question of storage. Sure, storage is cheap today. I bought an external drive recently with 1 TeraByte of storage, and it was close to $100. I’m sure the same can be found cheaper. But console makers are already losing money, and tend to pinch pennies when it comes to storage. The jump from a paltry 4GB of storage to an acceptable 250GB on the Xbox 360 costs almost $100. Sure, a high end Xbox with 1 TB of storage might suit my needs, but would the entry level be equally unacceptable? And when a user runs out of space, then what? Delete the games? Lose them forever? Or do you expect Microsoft will shell out the money to pay for enough bandwidth that you can keep downloading and streaming those games forever? If Netflix is putting such strain on our networks already, can you imagine what would happen when the consoles jump on board?

Even with physical media, what’s the first thing that happens when you pop a disc into the tray? Right. Updates. Lots of updates. Crippling, infuriating, time-consuming updates. This is on day 1, on a game that was printed to plastic. Imagine how much worse the situation would be if developers didn’t even have to think of publishing dates? It might give them a bit of extra time to fix bugs, but it would also make games seem more fluid, less concrete.

I’m happy with my game consoles now. I like my Xbox 360, and I love my PlayStation 3. I use the Playstation more often, too. Not because of the games, but because I’ve started building my own Blu-Ray movie collection. No matter what you expect, HD movies on Blu-Ray are much higher quality all around than what you’ve seen streaming over a network. The picture is better. The sound is better, and usually supports a more robust home theater. The presentation is better, with better menus and extras. I’m not ready to give any of that up, just yet. I don’t doubt that a disc-free future is in store for console gaming. But I hope that future waits just a bit longer.