Just Cause 4 leaks ahead of E3

The Just Cause series has proven to be a successful one for Avalanche Studios, and considering that it’s been nearly three years since Just Cause 3 launched, it’s time to start thinking about what’s next for the franchise. Square Enix is expected to reveal Just Cause 4 during its E3 press conference, and a slip-up from Valve seems to confirm those plans. For a brief period of time last night, an advertisement for Just Cause 4 was featured on Steam’s home page, suggesting that a reveal is indeed on the way.

While that advertisement is now gone, it was up long enough for people to take notice (Polygon managed to capture an image of the ad before it disappeared). The ad featured series protagonist Rico Rodriguez, so it seems that he’ll be returning for the fourth installment. It also prompted Steam users to pre-purchase the game, but unfortunately, clicking the ad merely brought you back to the main Steam store page.

It certainly seems like Valve had this ad ready for the announcement of Just Cause 4 and someone sent it live too early. Assuming Square Enix is planning to announce Just Cause 4 at E3, the existence of this ad also suggests that it’ll be available sometime this year. 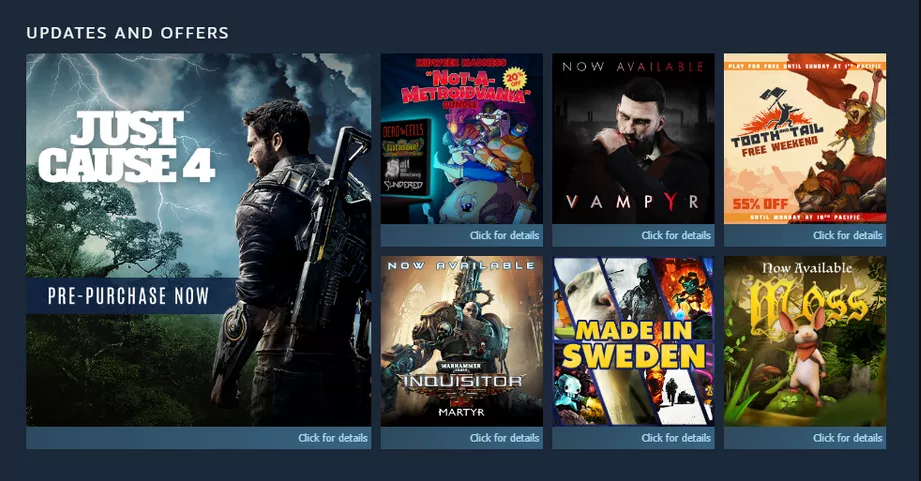 Square Enix could be lining up a lot of announcements for its E3 press conference, which takes place on Monday morning. The company will almost certainly devote a lot of time to Shadow of the Tomb Raider, as E3 will be one of the best chances it has to market the game before its September 14 release date. RPG fans are also hoping to hear more about the company’s Final Fantasy VII remake and Kingdom Hearts III, but whether or not we’ll actually see anything from those games is up in the air.

It seems we can add Just Cause 4 to that list, assuming Valve isn’t straight up trolling us here. Square Enix’s E3 2018 press conference is scheduled to begin on Monday, June 11 at 10 AM Pacific. We’ll be covering it as it happens, so stay tuned for more.