Juno’s science team has shared a new infrared image map of the gigantic moon orbiting Jupiter known as Ganymede to celebrate the spacecraft’s 10th year since launch. Ganymede is a massive moon larger than the planet Mercury covered in an icy shell. What’s so interesting about the Jovian moon is that scientists believe it has an ocean of liquid water underneath its crust of ice.

The new infrared map of Ganymede was obtained by combining data from three flybys, including the latest approach on July 20. The observations were conducted using an instrument called the Jovian Infrared Auroral Mapper (JIRAM), which is capable of seeing infrared light invisible to the human eye. JIRAM is an important instrument aboard the spacecraft because it’s capable of capturing infrared light that comes from deep inside Jupiter. Infrared data gives scientists insight into the weather layer down to 30 to 45 miles below the clouds covering the planet.

While the instrument was designed to investigate weather underneath the Jovian clouds, it’s also used to study the moons orbiting Jupiter. Ganymede is one of 79 moons orbiting Jupiter, and the infrared data collected by Juno provides astronomers with data helping to understand the evolution of Jupiter’s satellites. When Juno passed by Ganymede on July 20, 2021, it came within 31,136 miles of the moon’s surface.

The flyby last month was nowhere near the closest Juno has made during its decade studying Jupiter and its moons. On June 7, 2021, Juneau flew within 650 miles of the surface of the icy moon. The other flyby used to gather data for the image was conducted on December 26, 2019, when Juneau passed within 62,000 miles of the moon. 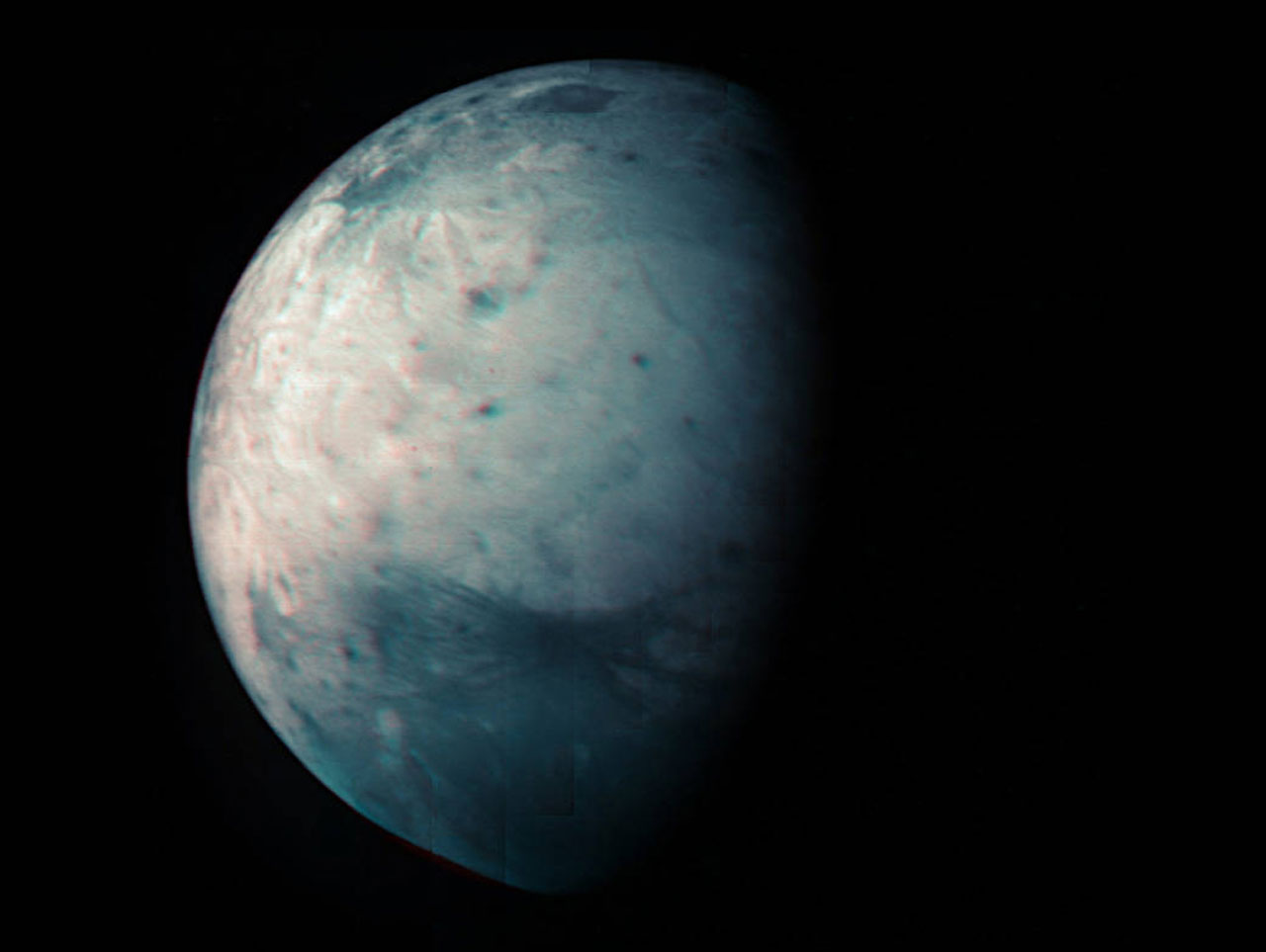 Another interesting discovery made by Ganymede is that it has a magnetic field. It’s the only moon in the solar system that has a magnetic field. Scientists have found that high latitudes of the moon are dominated by water ice with a very fine grain size resulting from the intense bombardment of charged particles on the surface of Ganymede from Jupiter. Lower latitudes are shielded by the moon’s magnetic field, giving the ice more of its original chemical composition. The ice in the lower latitudes is made of mostly non-water ice containing salts and organics.