Juno teams with two observatories to learn more about Jupiter

NASA has announced that it’s working with other agencies and observatories to learn more about Jupiter. NASA is using data from Juno and the Japanese Hisaki Satellite, and the W.M. Keck Observatory to solve the “energy crisis” on Jupiter. Jupiter is five times further from the sun than the Earth and wouldn’t be expected to be warm.

For five decades, scientists have been searching for the cause of the extra heating in the planet’s atmosphere, which is described as an “energy crisis” for the planet. The international team is working to solve the mystery by combining observations from Juno, Hisaki, and the Keck Observatory to discover a likely source of the extra heat in Jupiter’s atmosphere.

JAXA researcher James O’Donoghue says the team found that Jupiter has the most powerful and intense aurora in the solar system. O’Donoghue says the intense aurora is responsible for heating the entire upper atmosphere of the planet. An aurora is created when charged particles are hit the planet’s magnetic field. Those charged particles spiral along lines in the magnetic field towards the poles of Jupiter, striking atoms and molecules in the atmosphere resulting in the release of light and energy. 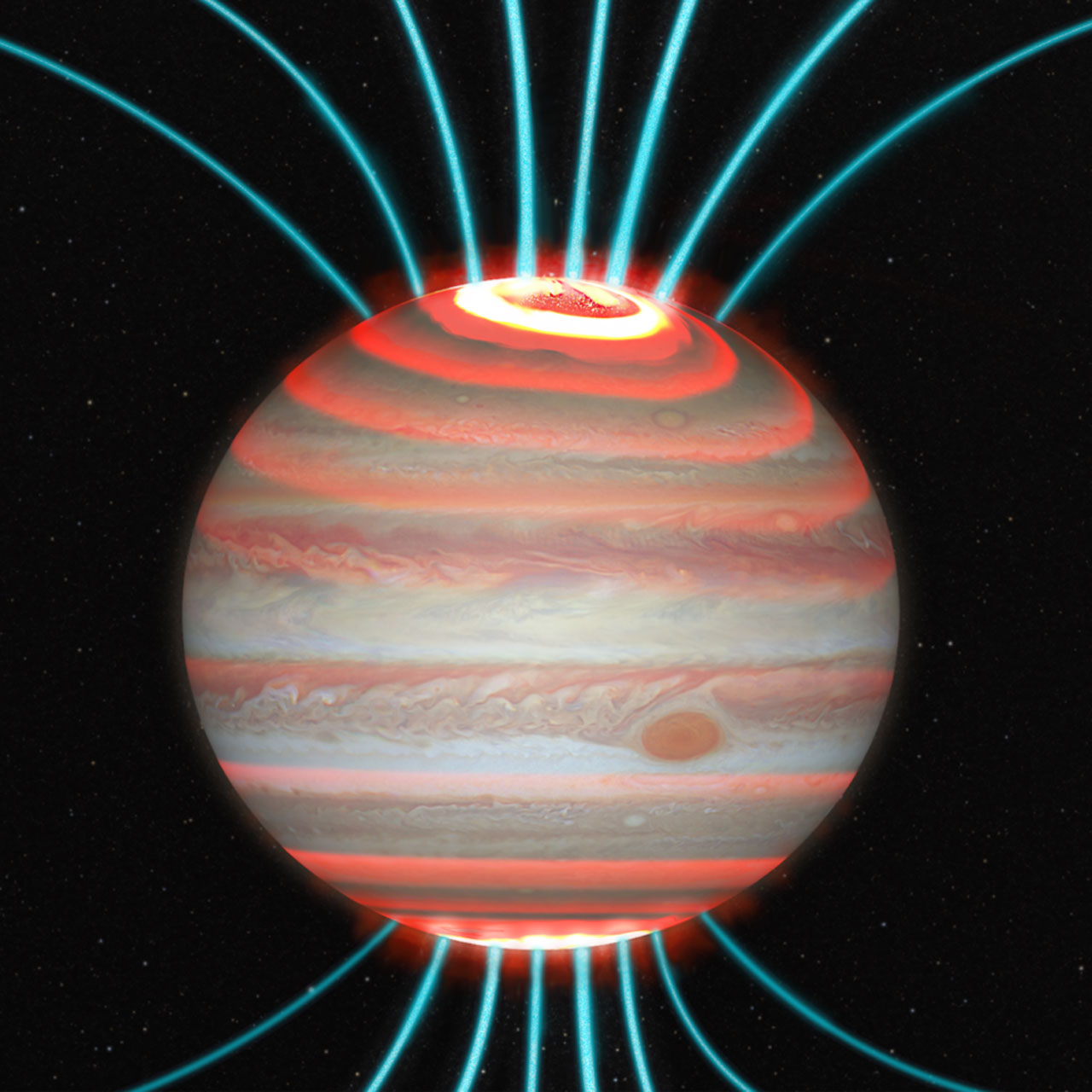 Here on Earth, the phenomenon causes a beautiful light show in the sky known as the aurora Borealis and Australis. Jupiter has such a powerful aurora thanks to material erupting from the surface of I/O, its highly volcanic moon. The combination results in major heating in the upper atmosphere over the polar regions of the planet. A theory suggesting the aurora could be what causes the higher-than-expected temperatures on Jupiter has been floating around, but these are the first observations confirming that.