Jony Ive’s Lightsaber: not another iPhone

Believe it or not, not every device or piece of software Apple design guru Jony Ive has conceived looks as smooth and precise as an iPhone. In fact this week a conversation has come to light – one between Jony Ive and the director of the next Star Wars film, J.J. Abrams. In a chat between the two, Abrams suggests that Ive made “very specific” suggestions on how a re-designed lightsaber might look. Not smooth, nor refined. Just the opposite – far more gritty.

You’ll be interested to know that the very first lightsaber was designed by collecting a bunch of previously-made pieces of machinery, slapping them together to make a hilt. According to Master Replicas, the following bits and pieces were used:

Awfully strange, wouldn’t you say? Very much made from whatever happened to be lying around. 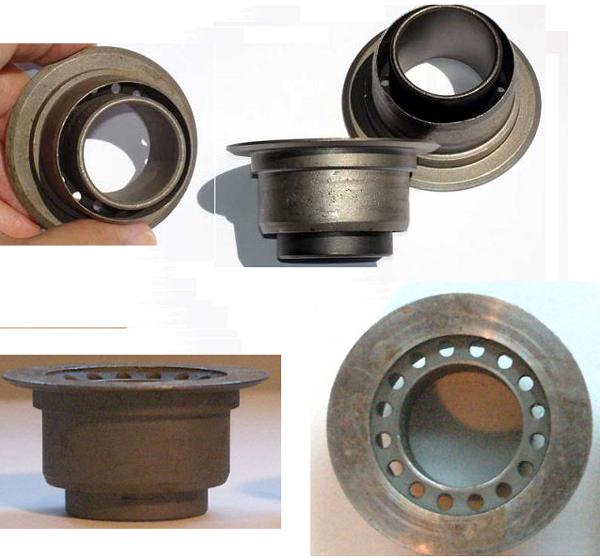 Speaking with the New Yorker some time recently for an article published on Ive this week, Abrams suggested that he’d been part of a dinner party in New York in which Abrams made suggestions about the design of lightsabers.

He went on to suggest that “Star Wars: The Force Awakens” would include lightsabers with designs that “would reflect those thoughts.”

When pressed on whether or not the first cross-bar lightsaber (seen in the first teaser trailer for the film) was part of that collection of ideas, Abrams suggested that “It was just a conversation.”

Ive said nothing about “cross guards,” apparently, but he did suggest the weapon be less futuristic, less precise.

“I thought it would be interesting if it were less precise, and just a little bit more spitty,” said Ive in Abrams’ recollection, “more analog and more primitive, and I think, in that way, somehow more ominous.”

The original lightsaber training had George Lucas telling Mark Hamill that the lightsaber was meant to be used as a broadsword.

“George was adamant that these were really, really heavy,” said Hamill, “that we couldn’t take a hand off, that we always had to have two. That it was like an Excalibur, that was 40-50 pounds of weight.”

“It started out as a sort of Oriental sort of swordplay – there was a lot of honor involved, a lot of skill and craft,” said Lucas in the short “The Birth of the Lightsaber. “And a higher spiritual meaning to the sword fight. So they were very simple.

In the beginning, in film 4, it was a fight between a very old man and a man who was only partially a man and mostly a mechanical being. So it wasn’t much of a sword fight at all.

Above you’ll see Hamill working on the fight sequence for Empire Strikes Back. Below you’ll see a Star Wars special on the Lightsaber.

“It is your father’s lightsaber.”

“This is a weapon of a Jedi Knight. Not as clumsy or random as a blaster.”

“An elegant weapon… for a more civilized age.”

According to George Lucas, “it was more of a symbol than it was an actual weapon.” The original Jedi – before the first full script was complete – fought with a metal sword. Once the script became more about futuristic bits and pieces – laser guns, and all that – it made more sense for the weapon to be a “Laser Sword.”

The term “Laser Sword” survived the first iteration of the script, and was eventually changed to Lightsaber. “The whole premise,” said Lucas, “was that the Jedi was there to protect himself and not really be offensive, but to be defensive.”

Since the passing of the torch from Lucas to Disney, several strange and hereto unforeseen lightsabers have popped up.

First seen in the Star Wars trailer above, this lightsaber has caused some major controversy. Not because it looks like a flaming cross, really, but because it doesn’t make as much sense (at first glance) as a lightsaber without said crossbar.

It certainly did the trick in lighting up messageboards, and it’s definitely something that’s in-line with the idea of making the weapon something more gritty.

It doesn’t make perfect sense – it’s not a perfect weapon.

Next you’ll see how Star Wars Rebels are coming forth with their own iteration of the Lightsaber.

A new wave, but with the original feel.

In Episode 9 of the series “Path of the Jedi”, Jedi trainee Ezra meets the spirit of Yoda, receives a Kaiburr Krystal, and constructs his own lightsaber.

In true Jedi fashion, Ezra creates a lightsaber that is unique to him. He creates it with parts collected from each of the crew he rolls with, creating a weapon that’s not just a sword.

Expect lightsabers to continue to expand in new and exciting ways now that Disney has loosened the reigns. Lightsabers of all makes and colors. All the lightsabers you could possibly hope for!

Have a peek at the Star Wars article archive below and stay tuned on SlashGear’s Star Wars tag portal as we explore this expanding universe through the future!