Joby Aero Inc. has announced that its prototype all-electric air taxi has reached an important milestone in its development. The aircraft is designed for commercial passenger service and is called an air taxi. Recently, Joby flew a full-size prototype vehicle for over 150 miles on a single charge, including vertical takeoff and landing.

The flight was completed at the Joby Electric Flight Base in Big Sur, California, earlier this month as part of the company’s flight test campaign. The aircraft was flown by Pilate on the ground and took off vertically before transitioning to forward flight and completing 11 laps around a predefined circuit. During the test flight, the aircraft spent over one hour and 17 minutes in the air and was able to land vertically after the flight.

In total, the aircraft covered 154.6 statute miles. Joby CEO and founder JoeBen Bevirt said that the company had achieved something many thought was impossible with today’s battery technology. In completing that task, Bevirt says the company is taking the first step towards making convenient and emissions-free air travel between cities an everyday reality. 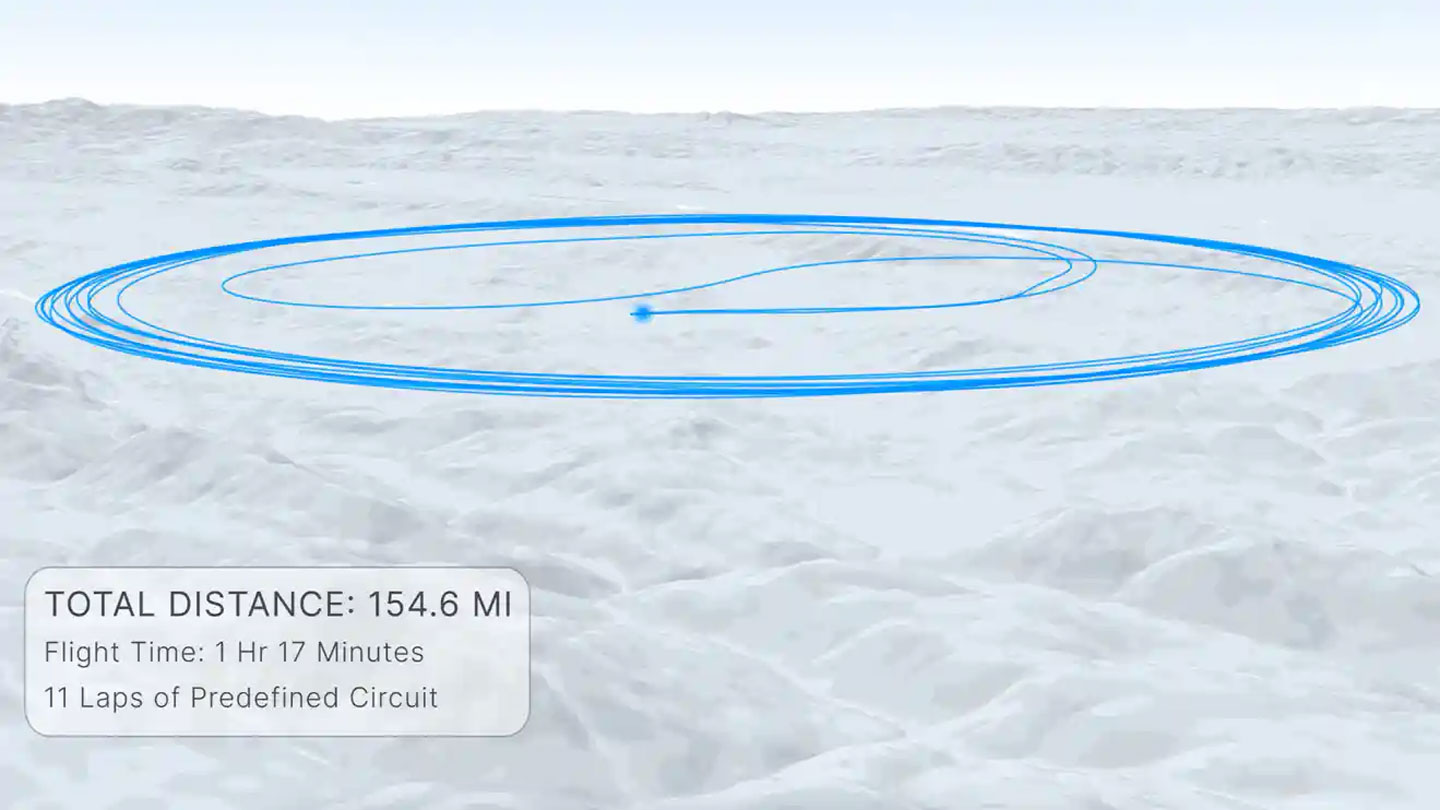 The prototype aircraft using testing is powered by commercially available lithium-ion batteries adapted for use in aircraft. Joby selected an 811 NMC cathode and a graphite anode cell. The battery was tested internally and found to deliver an optimal trade-off between the specific energy required to fly the aircraft for 150 miles and the specific power required for takeoff and landing vertically.

The battery also has the lifecycle to deliver affordable service. Joby says the battery has been shown in the lab to be capable of more than 10,000 expected nominal flight cycles. The company admits there is still lots of testing left to do, but this flight is a milestone and an important validation of its technology. Currently, Joby aims to start commercial passenger service in 2024 with aircraft able to transport a pilot and four passengers at speeds of up to 200 mph.