Jeep promised something dramatic for the return of the Grand Wagoneer, and sure enough it delivered, with a huge and striking new concept teasing what we can expect from the most luxurious model in the upcoming range. Aiming to do for the Wagoneer brand what Ford has just started with the reboot of Bronco, the Grand Wagoneer will be just one of a portfolio of vehicles that Jeep has in mind.

In the process, Jeep hopes it can extend its reach up into more premium categories, outside of where models like the Wrangler and Gladiator play. As a result, the Jeep Grand Wagoneer Concept pulls no punches when it comes to luxury features and high-end trim.

Dubbed “a modern expression of the original ultimate premium SUV,” it’s all-wheel drive of course, with an electrified powertrain that pairs a gas engine with a plug-in hybrid system. Jeep isn’t talking much about how that will work yet – we’ll probably have to wait for the production Grand Wagoneer to find out the details – but is playing up the idea of instant torque and the potential for near-silent off-roading. 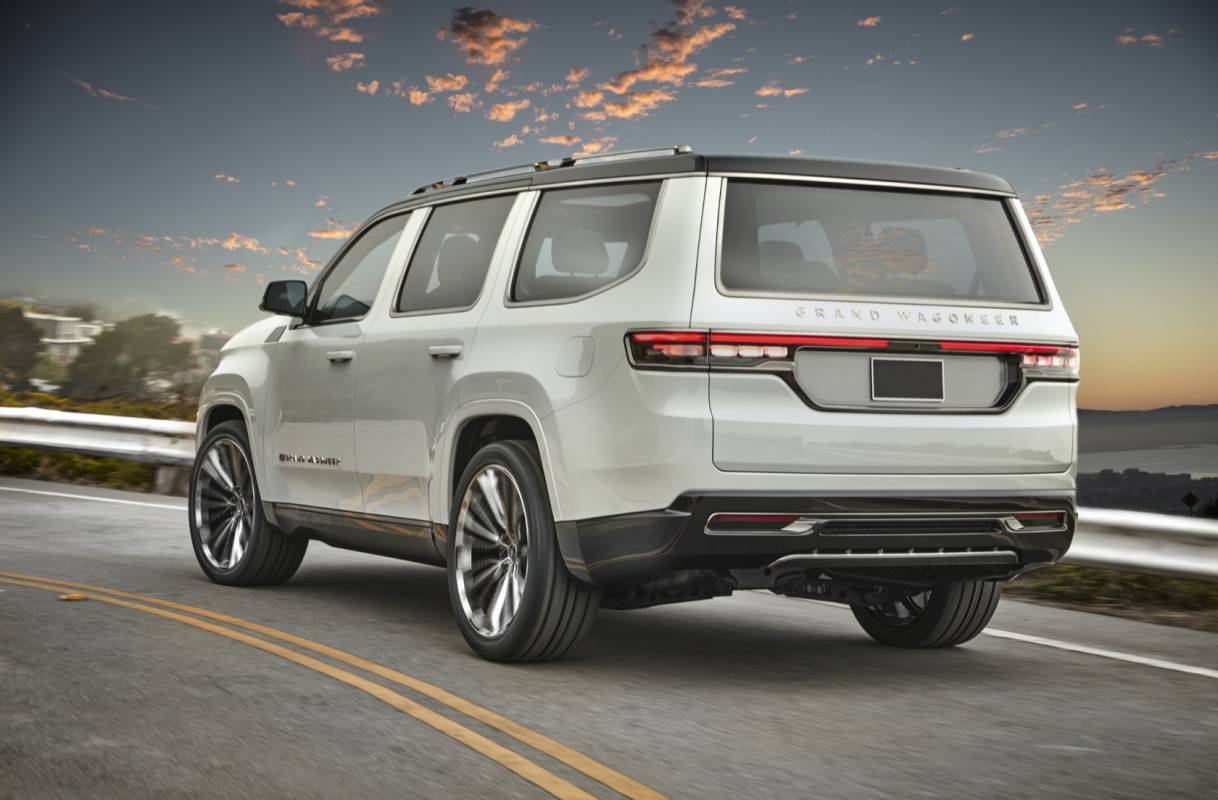 You might not hear it, but you’ll certainly see it. It’s a big SUV, with an Arctic Ice paint job and bold Wagoneer badging in a custom font. The grille is finished in Obsidian Black with latticework in the seven slats; LED lighting runs in-between those slots as well as outlining the grille itself. Twin bi-function LED projector headlamps get teak wood trim. 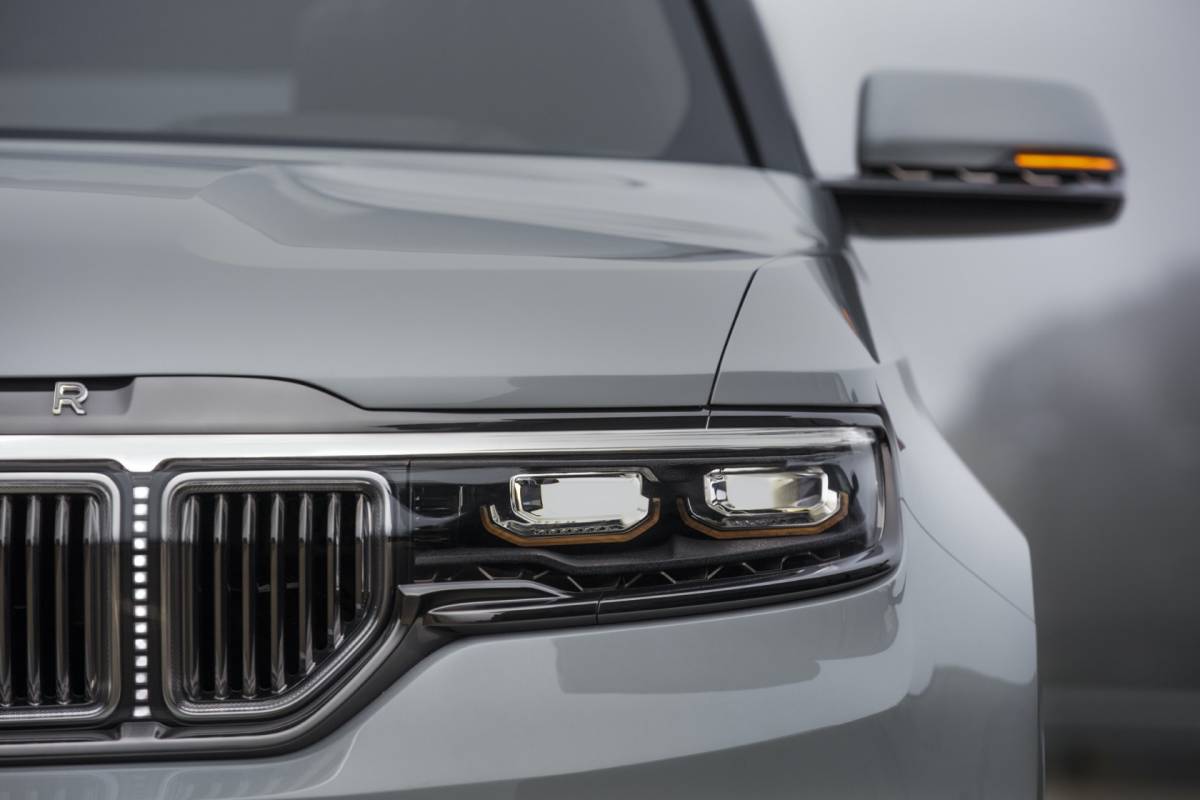 24-inch aluminum wheels tap 3D printing, and there’s more bold basing on the lower doors. At the rear, there are LED taillamps and a rear diffuser, along with a power tailgate and more LED highlights. The roof is fully glass, flanked with roof rails picked out in teak and bronze latticework. 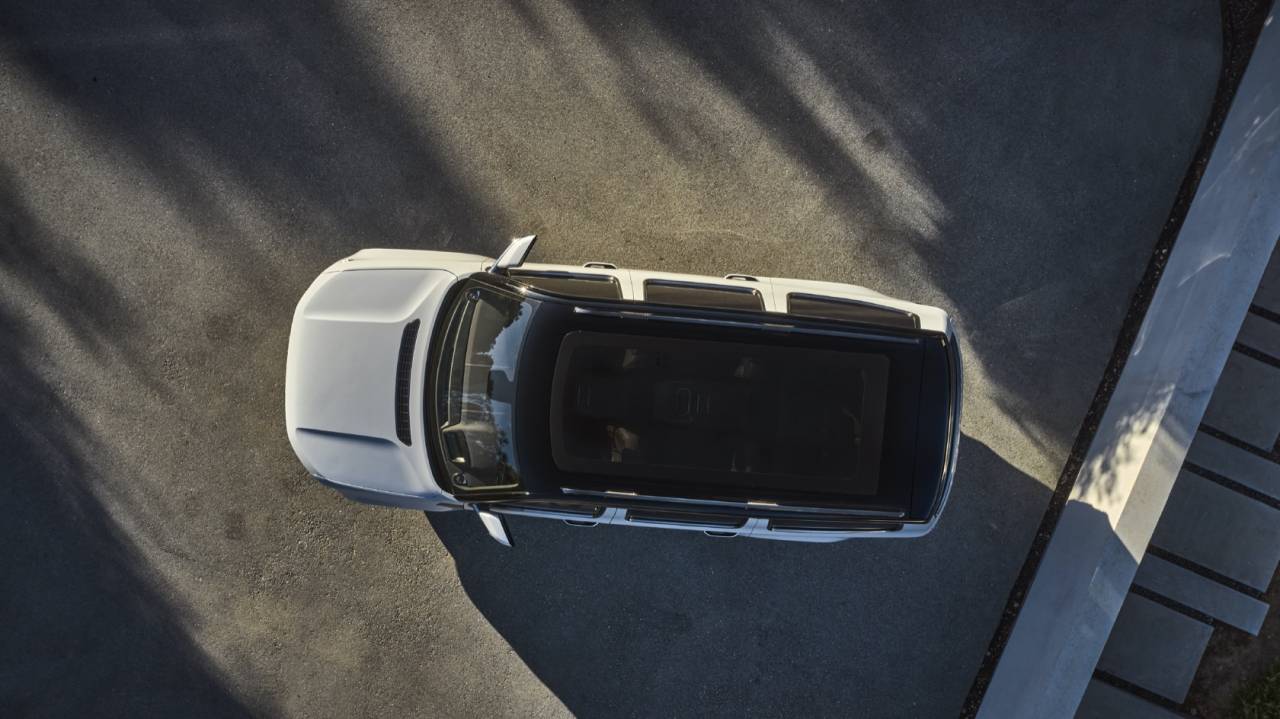 Inside, there’s space for up to seven, with front and second row captains chairs. Customizable ambient lighting runs throughout the cabin, and there’s an onyx glass mid-bolster that visually floats above a raw aluminum structural wing in the center. More aluminum is used for the switchgear, alongside 3D wood inlays, with Jeep’s designers tapping heat-treated lacewood and Dynamic microfiber and recycled Thrive fiber carpets. Sustainable synthetic PUR fabric is on the seats, consoles, door, and instrument panels. 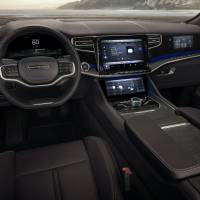 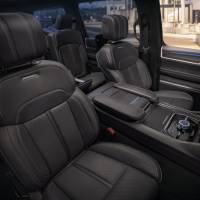 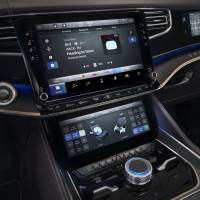 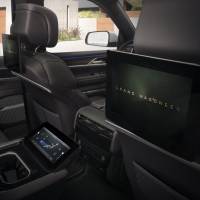 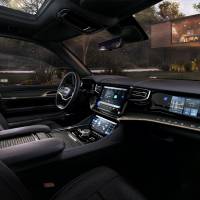 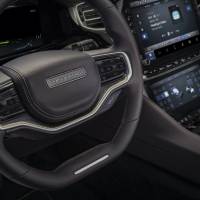 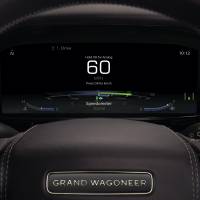 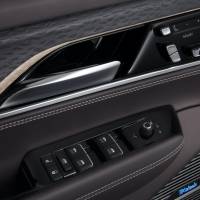 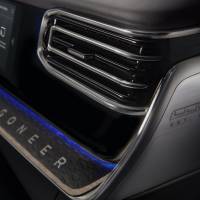 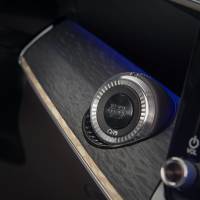 Uconnect 5 is FCA’s infotainment platform of choice, Android-based and with the potential for third-party apps. On the audio side, Jeep tapped McIntosh for a 23-speaker system driven by a 24-channel amp. Each speaker is finished in aluminum and gloss black. 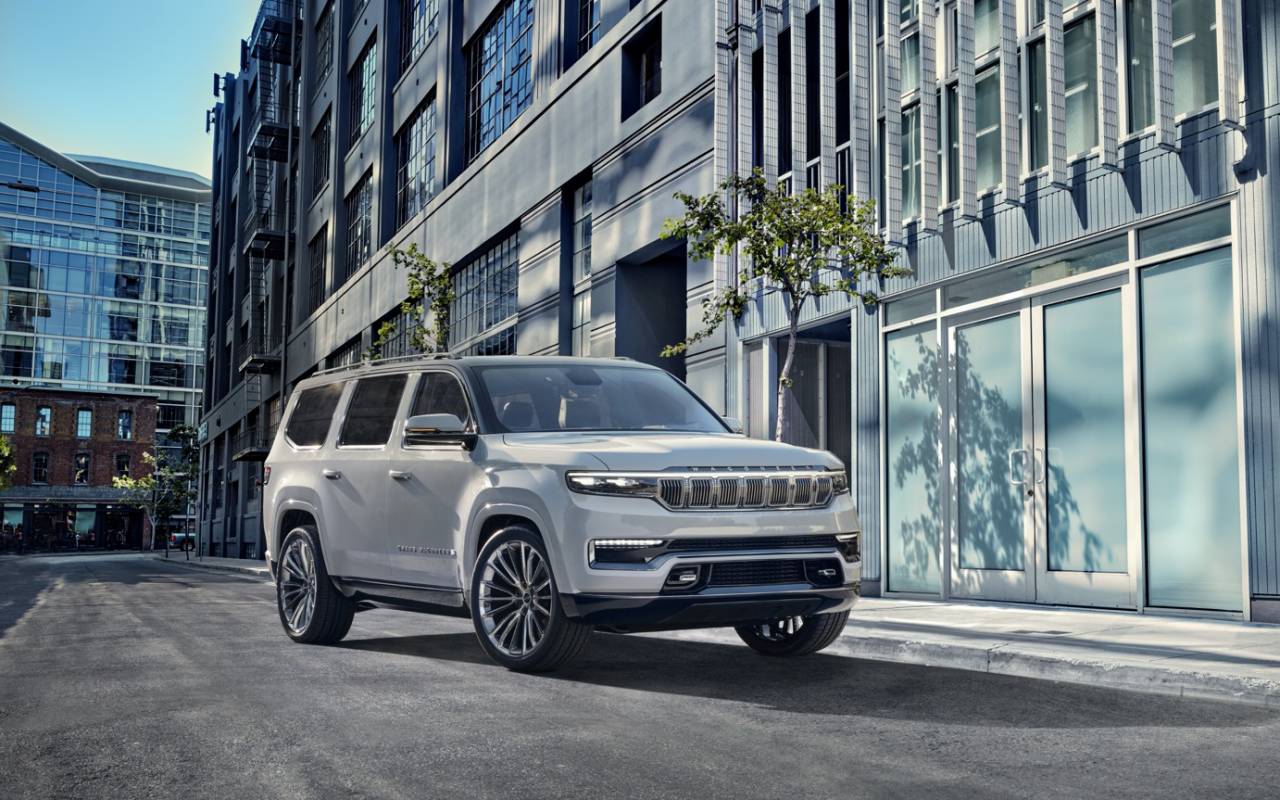 The production Grand Wagoneer will be revealed next year, Jeep says. It’ll offer a choice of three 4×4 systems and Quadra-Lift air suspension, with an independent front and rear suspension system, “unmatched” towing ratings, and some of the design that’s previewed in today’s concept.