Robots are all after our jobs! If you’re not convinced entirely yet, then Japan’s latest technological marvel just might. Japanese scientists have revealed to the public a new kind of eerily human-looking android that will be announcing news, arriving in real-time, in near pitch-perfect and fluent Japanese.

That pitch, however, might be a bit too high even for Japanese newscaster standards. But that’s probably intentional as this robot is named “Kodomoroid”, which is a combination of the Japanese word for “child” and “android”. Indeed, the voice coming out of this robotic newscaster does sound like that of a child, and yet its face seems to indicate an even older adolescent. To demonstrate its language skills, Kodomoroid delivered news about the recent 7.9 magnitude earthquake that hit Hawaii. She also revealed that she dreamed of having her own TV show.

Those dreams might have to be put on hold for a while. Kodomoroid will be “working” at Tokyo’s National Museum of Emerging Science and Innovation. There she will be joined by a more mature-looking robot Otonaroid, combining “adult” and “android”. The two robots will be used as part of popular roboticist Hiroshi Ishiguro’s studies to gauge human reaction to these kinds of robots. 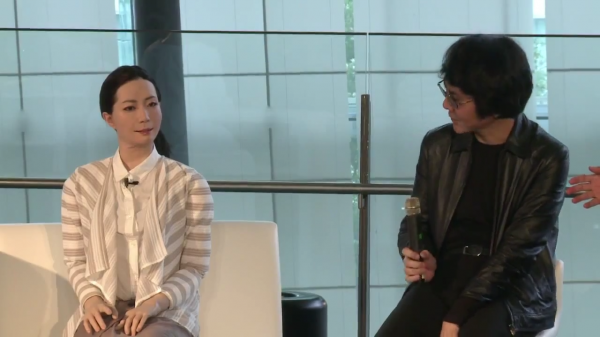 And reactions there will definitely be, as these robots come very close to the phenomenon called Uncanny Valley. According to this theory, as robots become more and more human-like, human reaction will gradually go from fascination to revulsion. It is easy to imagine or look at androids in sci-fi films, illustrations and whatnot but when confronted by one that looks almost too human, a certain amount of unease is felt, as if our minds cannot fully accept human-like machines.

As it turns out, Kodomoroid actually has a sense of humor, though scripted of course. She joked that Ishiguro was starting to look like a robot. Of course, this is a reference to the fact that Ishiguro indeed does have similarly eerie android double that he supposedly sends to other countries to give his lectures. 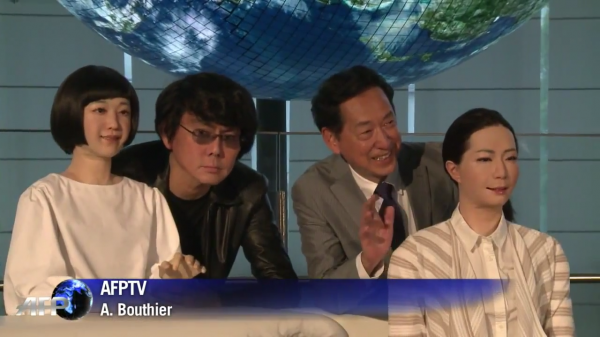