Researchers in Japan recently fired the most powerful laser in the world called the LFEX or Laser for fast Ignition Experiments. The laser packs 2 petawatts of power into its fast pulse spanning one trillionth of a second. The laser is massive at more than 300 feet in length. The incredibly short laser pulse means that the laser doesn’t consume as much power to operate as you might imagine.

Researchers say that the short pulse required only a couple hundred joules of power to operate. To put that in perspective, the researchers say that your microwave uses that much power in about two seconds. The laser generates power quickly thanks to glass “lamps” that amplify the laser as it passes through. 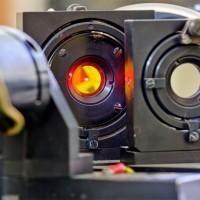 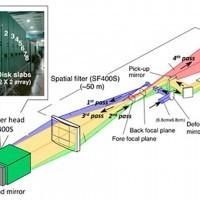 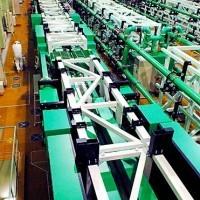 Two petawatts of power is about two quadrillion watts. It’s good that the laser is green and uses less energy than you might think to produce its power. Other than to grab records for most powerful laser, it’s unclear what the researchers plan to do with the laser.

An Osaka University professor involved in the laser project says that the goal of the team moving forward is to increase output to 10 petawatts. He offered no details on what the team will do to increase the current power by a factor of five.