The creation of the realistic walking simulation is seen as an important breakthrough in virtual reality because one of the biggest challenges is making the user feel like they are walking. When the sensation system was used in a third-person view, users felt like it impaired their sensation of movement during testing. Researchers on the project say walking is fundamental in everyday life, and it’s worthy to try and provide a high-quality walking experience in virtual reality.

Improving the realism provided in virtual reality will also be welcomed by gamers as the technology has proven popular in recent years, particularly due to the pandemic. Researchers wanted to determine if a full-body or hands-and-feet-only avatar viewed through first or third-person perspectives could convey the sensation of walking in virtual environments using optic flows and rhythmic vibrations. In testing, when the participant moves the digital avatar, the platform synced with the movements to feel as if the hands-and-feet-only avatar was their body.

Researchers had 40 participants split between first-person and third-person perspectives for the experiment. All saw the same virtual world with the head of their full-body avatar linked to the user’s head movements. Participants sat on a stool connected to four vibro-transducers made from aluminum springs and wood plates placed on their feet. Users wore headphones that emitted white noise to drown out the sound of vibrating in the system. 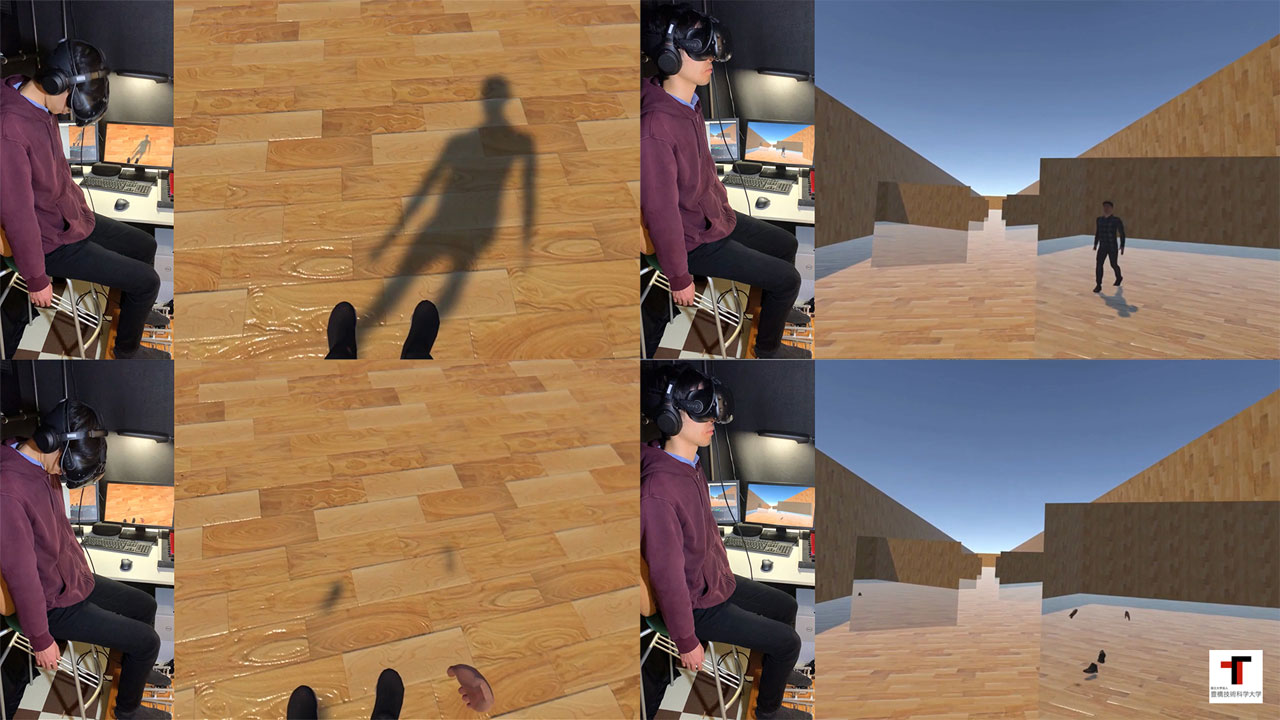 Researchers on the team are looking at the tech to enhance home VR use for gamers. They believe that a low-cost and miniaturized system can be designed that would sell at a price between $300 and $500.