The need for speed on the Internet has never been greater than before, and not just because of video streaming or game streaming. From mass video conferences to real-time collaboration on a multimedia project, much of today’s society has become dependent on the Internet. While network operators and carriers push 5G and WiFi 6 forward, computer scientists and engineers are setting their sights on even bigger numbers, numbers for which Japan’s National Institute of Information and Communication Technology or NICT just set a record.

Last year, the faster Internet transfer speed was achieved through a collaboration between the UK and Japan. They were able to achieve an astounding 178 Tbps in August 2020, but that has now been eclipsed by the NICT’s feat. Nearly doubling that figure, the world’s record for the fastest Internet data transfer speed is 319 TB/s.

Of course, they didn’t reach that number without hard work, and the NICT had to innovate on every level of the data transmission pipeline. It started with a four-core fiber optic cable that maintained the same size as a standard single-core fiber. It then used a 552-channel comb that fired lasers of different wavelengths through amplifiers composed of rare earth minerals. In other words, it is by no means an inexpensive experiment.

The NICT had to do all that within a controlled lab setting, of course, and they didn’t have elements of real-world environments at their disposal. To simulate a distance of 3,001 km, for example, the researchers had to coil the fiber optic cable around. That also resulted in having no degradation of signal quality or speed while data coursed through the cable. 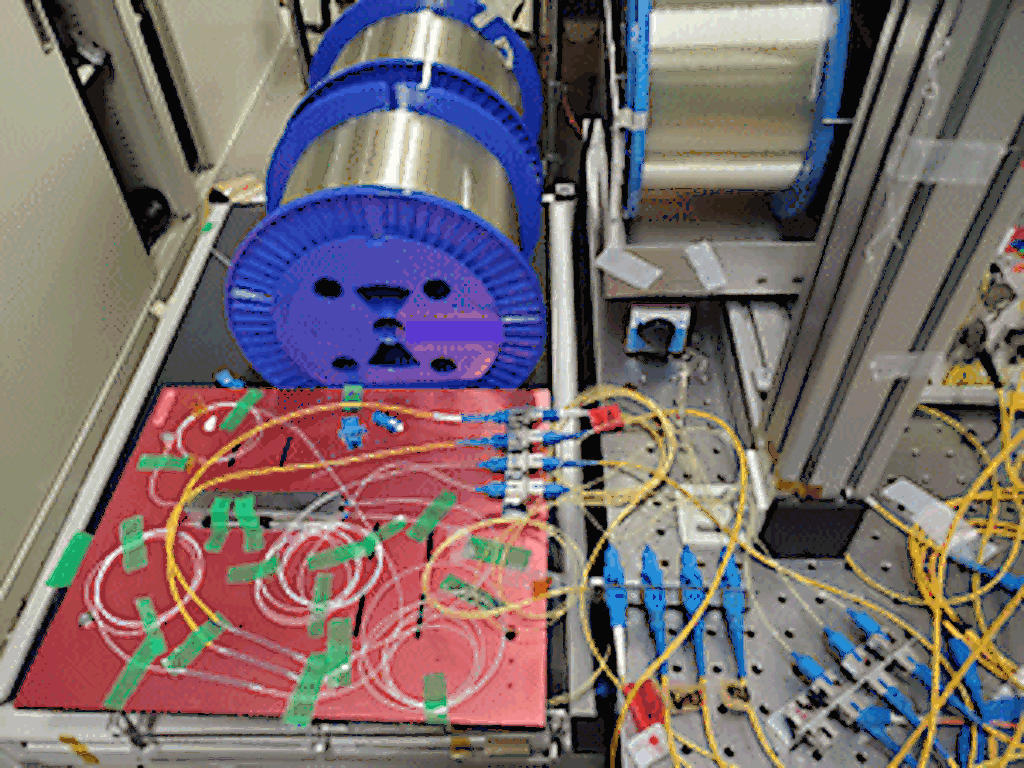 Needless to say, you won’t be seeing this technology implemented in the real world anytime soon. The costs of this setup alone are already prohibitive, and the technology would benefit Internet backbones more than any other application. That said, upgrading those backbones would also benefit even consumers in the long run, especially when 6G eventually kicks off.