It looks like Fortnite’s next guest star is confirmed

Earlier today, Epic Games released Fortnite Chapter 2, Season 5. In this new season, the Zero Point has become exposed, and now players have to help Agent Jones prevent characters from escaping the Loop. They’ll do that by adopting the mantle of various hunters, and one of the biggest revealed today was The Mandalorian. We’re expecting Epic to add new hunters to Fortnite as the season goes on, but just a few hours after Season 5 went live, a big upcoming addition has already been teased.

As it turns out, it looks like Kratos from Sony’s God of War series will be joining the Fortnite lineup. Sony teased Kratos on the official PlayStation Twitter account today, sharing a transmission from Agent Jones in which he makes a note to himself to properly research targets before bringing them into Fortnite‘s world, as his most recent pick up was a guy who “literally vanquished multiple gods with his bare hands in a fit of uncontrollable rage.”

That can really only be Kratos, and though Sony’s tease was light on details, Kratos’s in-game appearance has already leaked over on ResetEra. It seems that we’re getting the Nordic flavor of Kratos in Fortnite, big bushy beard and all. It even looks like his signature Blades of Chaos will be available as a dual pickaxes in the game. 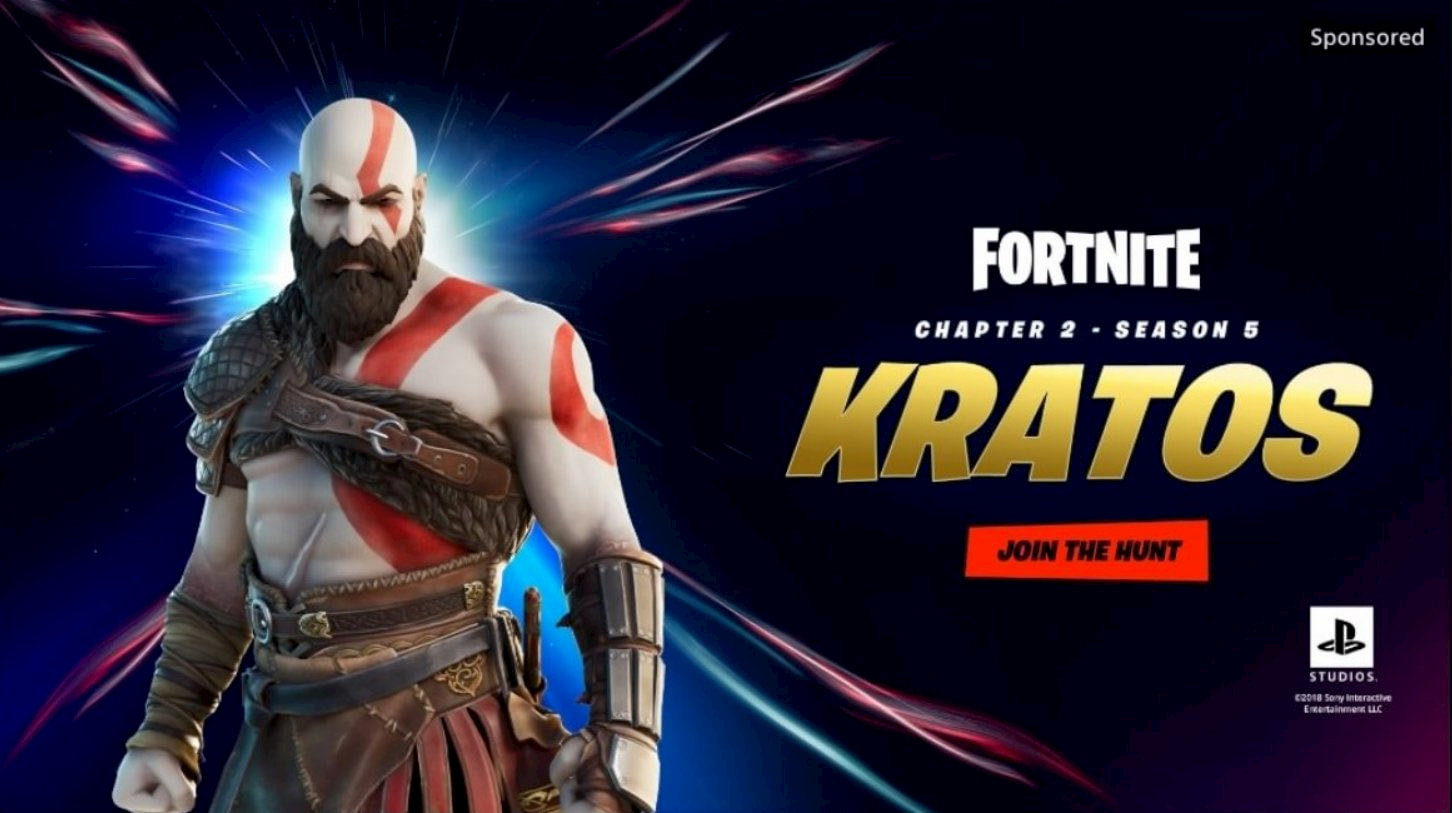 The big question now is when Kratos will be released – and whether or not he’ll be an exclusive character for the PlayStation version. His skin will likely be a premium one that’s available through Fortnite‘s in-game shop, but it’s always possible that one variant will be unlockable through completing in-game challenges. Regardless, it seems that Epic is lining up quite the slate of famous characters for Fortnite‘s fifth season, and it’ll be interesting to see who winds up following The Mandalorian and Kratos.

So, we’re barely a day into Fortnite Chapter 2, Season 5 and we’ve already got confirmation that the God of War himself is headed to the game. We’ll see what happens from here, and we’ll let you know when Epic and Sony share more details on Kratos’s impending arrival.