ISS astronauts have the best view of Earth available with a giant orbiting space station packed with cameras and portals to look out of. The ISS is currently orbiting at an altitude of about 400 km above the surface of the Earth meaning it has an incredible view of Hurricane Florence as it rages. The images here were all taken by astronaut Alexander Gerst on September 12.

The first image carries a caption that the hurricane is so massive that the only way to get it in the entire frame was to use a super wide-angle lens. The storm is massive and was a Category 4 hurricane at its worst that will devastate anything it encounters.

Several of the images were taken when the ISS was directly over the eye of the hurricane. As serene as the images are, it’s hard to imagine what conditions are like in the storm and on the water under it.

A few of the high-resolution images show the towering walls of the eye of the storm where things are ever so much calmer than they are near the wall of the eye. Hurricane Florence was more recently downgraded to a Category 2 storm. 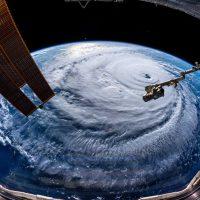 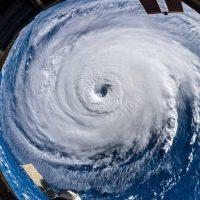 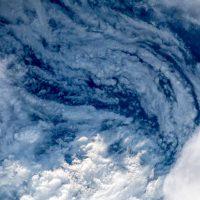 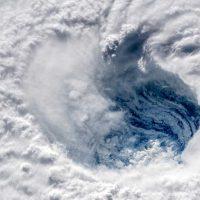 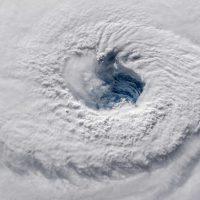 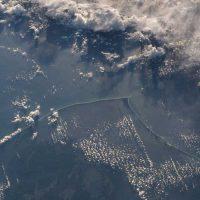 FEMA has warned that while downgraded, the storm will still generate life threatening storm surge and rainfall in North and South Carolina. The agency is also warning people in the evacuation areas to leave stating that “This is not going to be a glancing blow.” Some morons will undoubtedly ignore the warnings putting rescuers at risk to get them out.