ISS could mount lasers to blast away space debris

As the ISS floats above earth, it’s actually hurtling around its orbit at 17,000 mph. Any debris that it encounters at that speed could have major consequences, so the ISS often has to change course throughout its orbit just to avoid space debris from previous missions. According to NASA, there are about 3,000 tons of space debris in a cloud around Earth in low-Earth orbit. There is another belt of debris higher above the earth in geo-synchronous orbit. A team of Japanese scientists proposed a solution using lasers to blast the debris before it can damage the ISS.

Space junk consists of old satellites, used rocket stages, and the fragments created by collision and disintegration. NASA keeps track of over 19,000 larger pieces that at least two inches wide, and there are an estimated 300,000 chunks of debris out there, all together. Even though these pieces are small, they’re capable of impacting the station at over 20,000 mph; at that speed, even the smallest, centimeter-sized pieces are a serious hazard to the ISS.

Until now, when the ISS has an advanced warning of an impact, it shifts course a little, and the crew takes shelter in an escape pod capable of returning to Earth. Japan is planning to add the below-pictured Extreme Universe Space Observatory (EUSO), to the ISS in 2017, where its main objective will be to monitor the skies for cosmic rays. But, lead researcher Toshikazu Ebisuzaki says that EUSO could also monitor space debris for to be targeted by a Coherent Amplification Network (CAN) laser. It’s the same type of laser being used to speed particles along in atomic super colliders. 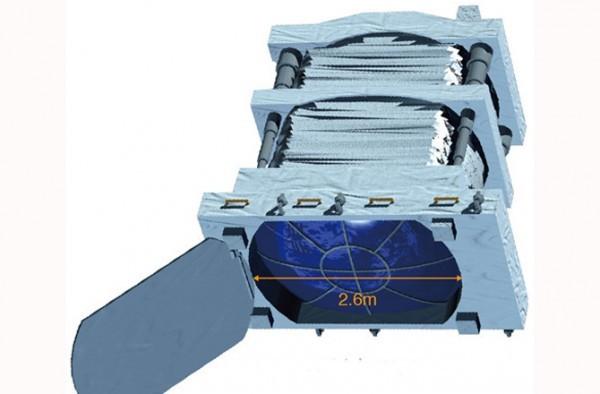 The lasers wouldn’t completely vaporize the space debris. The plan is for the lasers to only vaporize some surface material, nudging the debris down towards Earth where it would burn up in the atmosphere.