Crewmembers on the ISS have harvested their very first vegetable crop that was grown completely in space. Members of expedition 44 harvested a crop of “Outredgeous” red romaine lettuce on August 10. The harvest came from the Veggie plant growth laboratory on the ISS. Since water is hard to get and vital to life aboard the ISS, the lettuce will be cleaned using food sanitizing wipes.

The astronauts will eat half the harvest and the remaining lettucuce will be packaged and frozen on the station so that it can be transported back to Earth for scientific analysis. The lettuce was grown on the ISS as part of an experiment called Veg-01 intended to study the in-orbit function and performance of a plant growth facility and rooting pillows that contain the seeds. 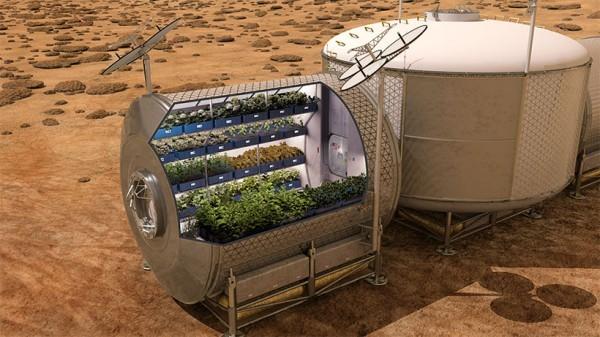 In the future NASA hopes that similar plant growth facilities can be used to allow humans to explore the solar system with their own food source taken along for the ride. The first of the seed pillows were activated by Expedition 39 flight engineer Steve Swanson in May 2014. After 33 days for growth the plants were harvested, frozen and returned to Earth.

Once those early samples were back to Earth, they were evaluated for food safety and the second plants in the test were activated July 8 and grew for 33 days before harvest again. Those seeds had been on the station for 15 months before being activated. The veggie growth unit is collapsible and expandable with LED lights in red, green, and blue to simulate the sun for plants.