The new iPod touch looks a lot like the iPhone 6 visually. One major feature of the iPhone lacking on the iPod touch is the fingerprint scanner better known as the Touch ID sensor. That means no scanning a fingerprint to buy a song or game, which is something that many really like about ht iPhone 6. 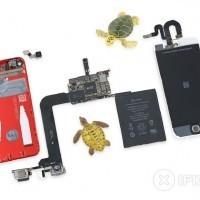 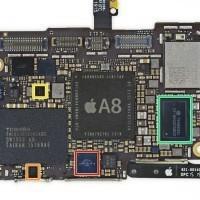 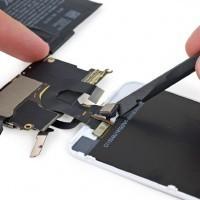 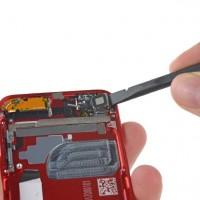 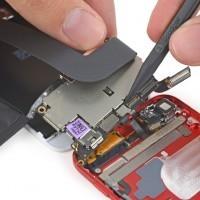 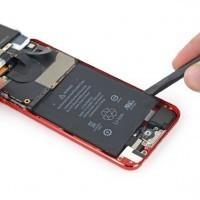 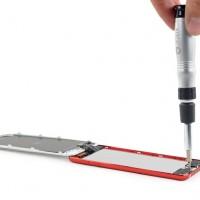 To remove the screen from the case of the device requires the use of heat. Under the screen and other items lies the battery for the iPod touch, a 3.83V, 3.99 Wh unit with 1043 mAh of power inside. That is a slight update to the 1030 mAh battery used in the 5th gen iPod touch. After removing the screen, the speaker assembly comes out.

You can see some of the machining marks from the manufacturing process on the rear case of the touch. It’s easy to forget these parts start as aluminum rectangles. The new touch doesn’t get the same exact camera that the iPhone 6 gets, notably the touch lacks image stabilization among other features. At the end of the teardown, the iPod touch 6th gen scores a 4 out of ten for repairability. If you want to know more about the new iPod touch, check out our coverage of the device.