To start off, don’t get too excited about this iPhone case, it’s just an idea a designer came up with, and would never actually be made by Apple, let alone receive approval for release. But still, after just looking at it, how could you not feel a bit nostalgic for the iPod Classic and want experience that interface on your iPhone 6? Anyway, we can all thank Italian designer Claudio Gomboli for planting this idea in our heads, as his fully detailed concept really stirs the imagination.

Simply put, Gomboli’s iPod Classic concept case works much like the Smart Covers Apple makes for its iPads, except this would fit your iPhone 6 or 6 Plus. The cover features a cut-out window on the top half, similar to what can be found on covers for Samsung’s Galaxy smartphones, except this is made to have the iPhone’s screen appear as an iPod’s did; square and on the top half of the device. 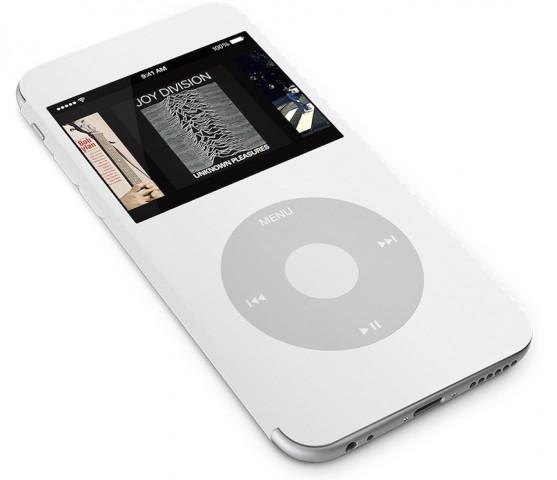 The idea is that when the cover is closed, the iPhone’s interface shrinks and is adapted to fit the smaller screen window, and in some cases, such as playing music, completely take on the old iPod‘s interface. Navigating lists could be done the same way we did before the first iPhone’s introduction in 2007: with the clickwheel. If Gomboli’s vision were to ever be brought to life with his specifications, the iPod Classic cover would be only 3mm thick, have a leather finish, and feature a sapphire crystal screen window. 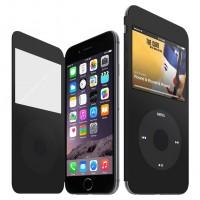 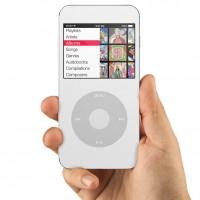 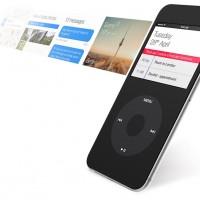 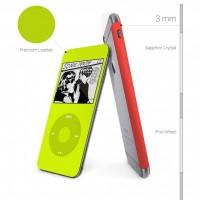 It’s easy to see the cover appealing to fans of its retro aesthetic or those who still appreciate the iPod’s interface and industrial design. It could also easily fit in among Apple’s other premium accessories. But then again, Apple is not one for nostalgia, and they made it clear earlier this year that the iPod Classic would be discontinued and not be returning to production. Sadly, this iPhone cover will surely never see the real world, and if you don’t have an old iPod in a drawer somewhere already, your only option now is to spend a huge sum of money buying a second-hand model online.